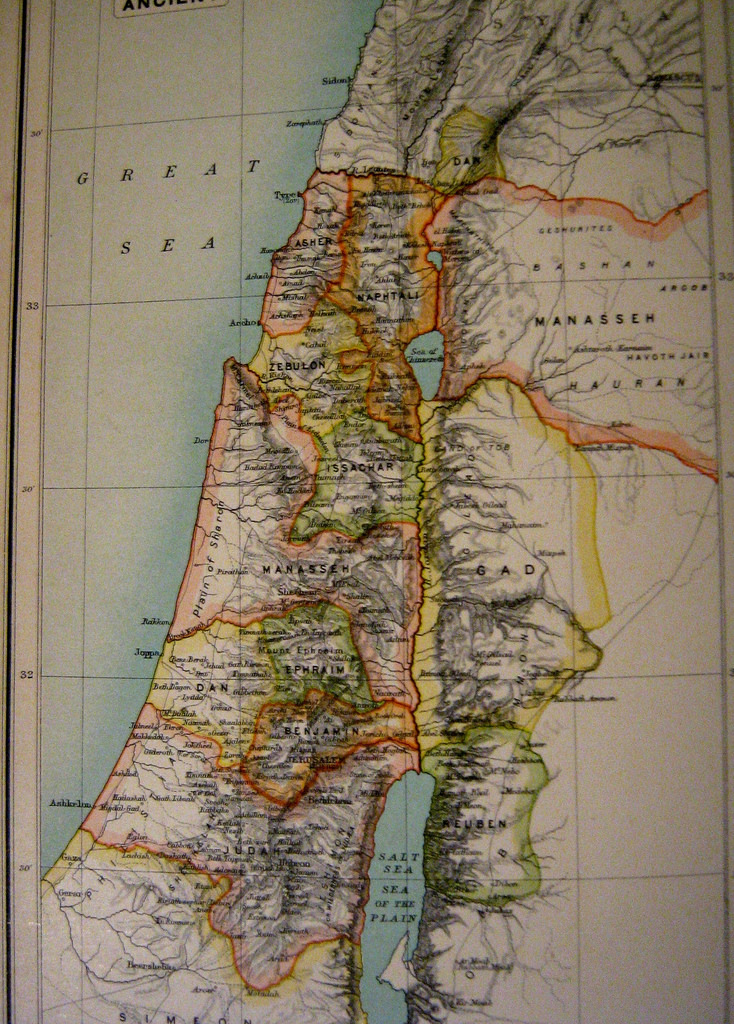 A new poll has found that nearly three-quarters of Israelis –– 71.5% –– do not view Israel’s control of most of Judea/Samaria as “occupation.” The May Peace Index survey of the Israel Democracy Institute, released Monday, and conducted May 2-3, 2016, also found that:

ZOA National President Morton A. Klein said, “This poll confirms what is simply a reality –– there is no Israeli occupation of Judea/Samaria.

“Not only is this land earmarked for the Jewish national home and Jewish settlement by the San Remo Settlement of 1920, which has never been superseded by an internationally binding agreement, but almost all Palestinian Arabs in these territories are living under Palestinian Authority (PA) rule, in territory run by the PA, not Israel.

That is why the term ‘occupation’, so far as international law is concerned, doesn’t apply; ‘occupation’ generally refers to one state taking and holding territory recognized as belonging to another sovereign state.

“Israel captured this land from Jordan in a defensive war. Had Jordan not invaded Israel — ignoring pleas by Israel to stay out of the war — Israel would not control Judea and Samaria today. Jordan had no legal sovereignty there, but illegally seized and annexed this territory and held it until 1967. Its annexation was recognized only by Britain, Iraq and Pakistan. Jordan’s King Hussein relinquished all claims to Judea/Samaria in 1988. Israel has a greater political, religious, legal, and historic right to that land than other party.

“As a result, Judea/Samaria is un-allocated territory under international law. It did not belong to the unlawful occupier, Jordan, from whom Israel captured Judea/Samaria in 1967 in a war of self-defense. That is why the term ‘occupation’, so far as international law is concerned, doesn’t apply; ‘occupation’ generally refers to one state taking and holding territory recognized as belonging to another sovereign state.

“Following the signing of the Oslo Accords, the Israelis withdrew from nearly half of the territories, including cities where 98% of Palestinian Arabs reside. The areas from which Israel has not withdrawn are virtually uninhabited, except for the 2% where Israelis reside.

“The very name ‘Judea’ —a term which was commonly used by the international community through centuries until the Jordanian occupation in 1949— is derived from the same root as the word ‘Jew,’ testifying to the deep Jewish connection to this land. The reason Jews are called “Jews” is because we come from Judea. This historical-religious unity was the basis for the League of Nations decision, in 1922, to endorse the Jewish people’s right to all of the Holy Land, on both sides of the Jordan River.

“Yes, Israel conquered these un-allocated territories in a lawful war of self-defense –– but this does not make Israel an illegal occupier. As former State Department Legal Adviser and former head of the International Court of Justice in the Hague, Stephen Schwebel, has written: ‘Where the prior holder of territory had seized that territory unlawfully, the state which subsequently takes that territory in the lawful exercise of self-defense has, against that prior holder, better title.’

“Because Israel’s presence in Judea/Samaria is legal, U.N. Security Council Resolution 242 does not require complete Israeli withdrawal from ‘the territories’ (as for example, the Security Council demanded of Iraq in 1990 regarding its unlawful invasion and annexation of Kuwait). As then-British Foreign Secretary George Brown put it, ‘Israel will not withdraw from all the territories.’ It was understood that Israel had rights in the territories, and that requirements of self-defense meant that it would not relinquish these territories completely. The Soviet Union tried to insert the word ‘the’ before the word ‘territories,’ but that effort was specifically rejected because using the phrase ‘the territories’ would have implied that Israel is obliged to withdraw from all the territories.

“Finally, it should also be noted that the Oslo Accords recognize Israel’s right to remain in the territories, at least until a final settlement is reached. The Oslo accords accept Israel’s presence in the territories at least until an Israel-PA agreement is made on the final status of those areas. Chapter 2, Article X, Clause 4, specifically recognizes that in the disputed territories, ‘Israel shall continue to carry the responsibility for external security, as well as the responsibility for overall security of Israelis for the purpose of safeguarding their internal security and public order” until a final accord is reached.

“Furthermore, the Oslo accords do not require Israel to dismantle any of the Israeli communities in Judea-Samaria-Gaza—which is, in effect, an acknowledgment of Israel’s right to maintain those communities, at least until a final status agreement is reached.

“This poll reminds us that the entire focus of the international community on ‘the occupation’ is wrong. Instead of seeking to end Israeli control, the focus should be on ending the conditions that gave rise to Israeli conquest of the territories in the first place, and which remain operative — Arab refusal to accept Israel’s existence as a Jewish state in any dimension in the historic Jewish homeland, Arab support for terrorism against Israeli civilians, and Arab demonization of Jews, Judaism, and Israel.”

We would love to hear from you! Please fill out this form and we will get in touch with you shortly.
Trending Z
News May 12, 2016
ZOA Condemns U.S. State Dept. & U.S. Amb. Nides For Siding with Antisemitic, Discriminatory Palestinian & Hamas Terrorists re: the Temple Mount, Violating Jews’ Religious Freedom
News May 12, 2016
ZOA’s Klein JPost Op-Ed: There is Nothing Extreme About Israel’s New Government
Uncategorized May 12, 2016
FLASH: ISRAEL-JORDAN PEACE TREATY (1994) GUARANTEES JEWS ACCESS TO THE TEMPLE MOUNT – LET MY PEOPLE PRAY
Uncategorized May 12, 2016
ZOA Analysis: Most American Rabbis Who Are Boycotting Some Israeli Ministers Are From Extremist Left Wing Groups (J Street; T’ruah; JVP)
Center for Law & Justice
We work to educate the American public and Congress about legal issues in order to advance the interests of Israel and the Jewish people.
We assist American victims of terrorism in vindicating their rights under the law, and seek to hold terrorists and sponsors of terrorism accountable for their actions.
We fight anti-Semitism and anti-Israel bias in the media and on college campuses.
We strive to enforce existing law and also to create new law in order to safeguard the rights of the Jewish people in the United States and Israel.
Our Mission
ZOA STATEMENT
The ZOA speaks out for Israel – in reports, newsletters, and other publications. In speeches in synagogues, churches, and community events, in high schools and colleges from coast to coast. In e-mail action alerts. In op-eds and letters to the editor. In radio and television appearances by ZOA leaders. Always on the front lines of pro-Israel activism, ZOA has made its mark.
Related Articles
OP-ED ZOA: Brookings Institution Must Return $14 Million To Qatar, Supporter of ISIS