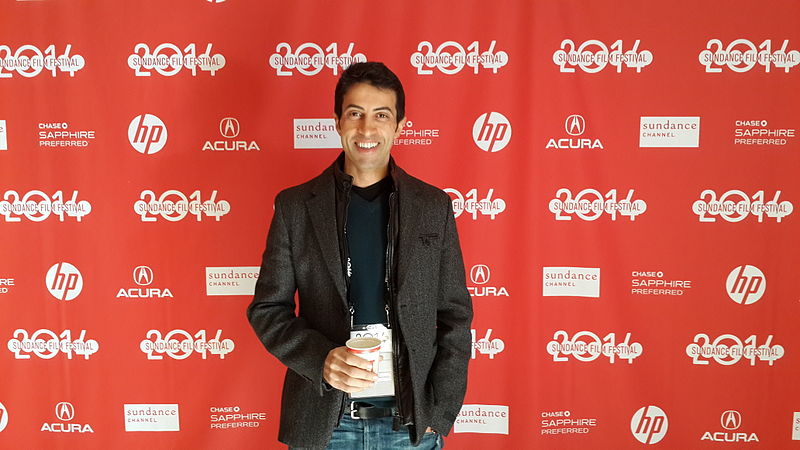 The ZOA praises the son of a Hamas leader Mosab Hassan Yousef (a/k/a “the Green Prince”) for his courageous, important, and insightful speech at the Jerusalem Post conference in New York yesterday (May 22, 2016), urging the free world to unite against Islam itself as a belief system that has resulted in so many murders “in the name of Allah” and that threatens not only Israel, but also all of humanity.

Mr. Yousef noted: “I speak with the authority of experience, not from books or second-hand knowledge, and I don’t represent anyone but myself.”  Mr. Yousef’s experiences indeed give him the authority and knowledge to speak out.  He grew up as the privileged oldest son of Hamas co-founder and leader Sheikh Hassan Yousef, being taught and believing that Jews were evil “enemies of humanity.”   He observed Muslim women sending their children to be suicide bombers to obtain honor in their community – while the Hamas leaders enjoyed their privileged lives.  Twenty years ago, Mr. Yousef participated in the first intifada and spent months in an Israeli prison, where he read The Jerusalem Post with the intention of learning English – and in the process, learned about Israel and the West.  He then spent ten years (1997-2007) undercover (with the code name “Green Prince”), helping Israel’s Shin Bet thwart multiple potential terror attacks against Israeli civilians and assassination plots against Israeli leaders, saving countless lives.  He converted to Christianity; obtained asylum in the U.S.; and wrote his autobiography “Son of Hamas,” published in 2010.

In his speech  Mr. Yousef stated:

How dare the hypocrites of BDS compare Israel to the racist regime of South Africa!

“In the Muslim society, I witnessed a woman who sent five of her children to die in suicide bombing attacks.  One after another.  She would put the explosive belt on them and bless them and say: “Go, kill the Jews!” to gain respect in her society.  This is hypocrisy.”

“My father disowned me, because he’s a hypocrite.  On a personal level, he’s a loving father.  But when he puts the Hamas mask, that he cannot exist without, he’s a monster, he’s something else.”

“The Muslim people have a problem.  And their problem is in their belief system.  They have to face it, and we need to encourage them to fight the good fight.  As I did.  If I was able . . .  You know.  I had privileges as the son of a top Hamas leader.  I had something to lose.   But the average Muslim person [doesn’t] have lots of things to lose.  They’re already living in darkness and misery.  If they leave it, it’s better for them.”

“Humanity and the free world need to unify, as eventually, even though it was too late, the world unified against Naziism.”

“Today, free people need to unite against Islam, not against the Muslim people.  Against Islam itself, as a belief system.”

“When the president of the free world stands and says that Islam is a religion of peace, he creates the climate, he provides the climate, the perfect climate, to create more terrorism.”

“A bunch of hypocrites called BDS comes and compare Israel to the racist regime of South Africa.  How can you compare?  If it’s the capital of the Jewish people, and the Israeli government are not allowing the Jewish people to worship freely in their capital on their holiest site, for political correctness, not to offend the Muslims, and give them that kind of freedom, how can we compare this to that?”

“I love Israel.  I love what Israel stands for.  Its ethics.  Its values.  Its democracy.  Its love.  A nation that was able to overcome the Holocaust.   And instead of playing the victim mentality and blaming everyone for their suffering, they were able to build a state, a democratic state.  Make it from a newborn state to an advanced and completely developed state in less than 25 years.  This is a great example.”

(The foregoing is a transcript of a Jewish Broadcasting Service (JBS) video of the main portion of Mr. Yousef’s speech, found here.)

After Mr. Yousef’s speech, a conference attendee told a ZOA official: “Son of Hamas is saying many of the same things that ZOA has been saying.  It’s particularly important to hear it from someone with his experience.”

We would love to hear from you! Please fill out this form and we will get in touch with you shortly.
Trending Z
News May 23, 2016
ZOA Condemns U.S. State Dept. & U.S. Amb. Nides For Siding with Antisemitic, Discriminatory Palestinian & Hamas Terrorists re: the Temple Mount, Violating Jews’ Religious Freedom
News May 23, 2016
ZOA’s Klein JPost Op-Ed: There is Nothing Extreme About Israel’s New Government
Uncategorized May 23, 2016
FLASH: ISRAEL-JORDAN PEACE TREATY (1994) GUARANTEES JEWS ACCESS TO THE TEMPLE MOUNT – LET MY PEOPLE PRAY
Uncategorized May 23, 2016
ZOA Analysis: Most American Rabbis Who Are Boycotting Some Israeli Ministers Are From Extremist Left Wing Groups (J Street; T’ruah; JVP)
Center for Law & Justice
We work to educate the American public and Congress about legal issues in order to advance the interests of Israel and the Jewish people.
We assist American victims of terrorism in vindicating their rights under the law, and seek to hold terrorists and sponsors of terrorism accountable for their actions.
We fight anti-Semitism and anti-Israel bias in the media and on college campuses.
We strive to enforce existing law and also to create new law in order to safeguard the rights of the Jewish people in the United States and Israel.
Our Mission
ZOA STATEMENT
The ZOA speaks out for Israel – in reports, newsletters, and other publications. In speeches in synagogues, churches, and community events, in high schools and colleges from coast to coast. In e-mail action alerts. In op-eds and letters to the editor. In radio and television appearances by ZOA leaders. Always on the front lines of pro-Israel activism, ZOA has made its mark.
Related Articles
OP-ED Israel Can’t Entrust Security To International Peace-Keepers