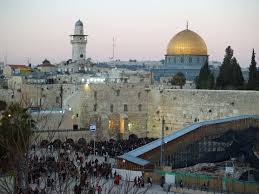 The Zionist Organization of America (ZOA) has criticized the statement issued by the Middle East Quartet (the U.S., the U.N., the European Union & Russia) which, while rightly criticizing Palestinian incitement to hatred and murder as a factor responsible for the non-attainment of peace, also criticizes Israeli “settlement-building” –– that is, Jews living and building residential communities in Judea/Samaria –– as an obstacle to peace.

The report, written by senior diplomats representing the members of the Quartet – the American special envoy for Israeli-Palestinian negotiations, Frank Lowenstein; European envoy Fernando Gentilini; United Nations envoy Nikolai Mladenov; and Russian envoy Sergey Vershinin –– claims that, “The continuing policy of settlement construction and expansion, designation of land for exclusive Israeli use, and denial of Palestinian development is steadily eroding the viability of the two-state solution” (Report of the Middle East Quartet July 1, 2016).

The ZOA utterly rejects and condemns this as false in fact and a piece of unacceptable false equivalence which essentially blames Jews building homes and living in communities in Judea/Samaria for the absence of peace. This amounts to saying that Jews who live and build homes in Judea/Samaria, as they have every right to do under international law (see below), are preventing peace just as surely as the Palestinian Authority (PA) does through its fostering hatred and institutionally encouraging and rewarding the murder of Jews.

ZOA National President Morton A. Klein said, “It is surely obvious that, for example, praising as a “martyr” the murderer of 13-year-old Jewish girl, as the PA did last week, is an anti-peace, pro-terror act, whereas Jews merely living in homes in the biblical Jewish homeland is not.

“To mention Jewish residence in the territories at all as an obstacle to peace is factually incorrect, morally indefensible, politically dangerous and counter-productive.”

Until Palestinians cease being raised, educated and nurtured for war, jihad, murdering Jews and destroying Israel, nothing will avail the cause of peace and reconciliation.

“Contrary the oft-heard claim that it is a violation of international law for Israeli Jews to live in and build homes and communities in Judea/Samaria, the 1920 San Remo Conference which drafted the League of Nations Charter, specially earmarked the territory of what became the British Mandate of Palestine, which includes the territory of Judea/Samaria, for Jewish settlement. This international determination, enshrined in the British Mandate for Palestine that shortly followed, has never been superseded by an internationally binding agreement. To the contrary, it was reaffirmed by Article 80 of the UN Charter.

“The 1947 United Nations General Assembly partition plan, accepted by the Jews but rejected by all Arab parties, could have served as the basis of a subsequent, binding agreement, but, though accepted by the Jews, it was rejected by all Arab parties. The British Mandate was thus partitioned by war, not agreement. The 1948 Jordanian seizure of the Judea/Samaria was illegal under international law and recognized only by Britain and Pakistan. Jordan was subsequently ejected form Judea/Samaria after attacking Israel in the 1967 Six Day War and whatever claim Jordan had cared to assert was explicitly renounced by King Hussein in 1988. That is why UN Security Council Resolution 242, passed after the 1967 war, does not brand Israel the aggressor, nor does it demand immediate, unconditional and total withdrawal by Israel. Israel is legally entitled to administer these territories until a peace agreement finalizes their status.

“Judea/Samaria was thus restored to its legal status of territory designated for the Jewish homeland and Jewish settlement. Israeli Jews who move there and build homes are not illegally occupying the sovereign territory of another country.

“The 1993 Oslo Accords were a binding agreement, but it does not prohibit Israeli residence and construction in these territories –– to the contrary, they provide for Israeli and Palestinian building in zones under their respective control and outlines explicitly the way Israel will continue to administer these Israeli communities. Jewish residential rights in Judea/Samaria thus remain unimpaired.

“The Oslo Accords also list these communities as a final status issue, to be negotiated by the parties. The Middle East Quartet is mistaken, has no right, and does the cause of peace enormous damage, by falsely asserting that these Jewish communities are an obstacle to peace.

“In this vein, it is worth remembering that the late Yitzhak Rabin, Prime Minister, signatory of the Oslo Accords and Nobel Peace Prize winner for concluding these Accords, specifically stated shortly before his death that the Jewish communities in the Judea/Samaria (and in Gaza – since dismantled) would continue to be developed.

“The false claim that Jewish residence is illegal is a propagandist lie, usually based on a willful, false, flat-earth distortion of Article 49 of the Fourth Geneva Convention.

“It is morally indefensible for the Quartet to assert, contrary to law and history, that Jewish  communities in these territories are an obstacle to peace.

“Jewish residence and construction in Judea/Samaria is legal and possess a fundamental legitimacy that poses no obstacle to any realistic peace settlement, were Palestinians ready for one. No peace, or genuine conception of peace, can require that a future Palestinian Arab state be judenrein.

“There should be no alteration to the internationally-accepted grounds for peace in UNSC 242 and 338 that would bend international law and enshrine the racist idea that Israeli Jews, and only Israeli Jews, because they are Israeli Jews, may not live or build communities in Judea/Samaria — the biblical, historical and religious homeland of the Jewish people, whose very name, ‘Jews’, let it be remembered, derives from the name of the territory, ‘Judea.’ Jews living in homes in their own biblical and legal homeland are not an obstacle to peace.

“As we have long argued, the obstacles that stand in the way of peace are not Jews living in Judea and Samaria, nor Israeli security measures that are necessitated by Palestinian terrorism. Jews living in their biblical home pose no obstacle to a peace settlement if Palestinians are ever ready to conclude one. Checkpoints and roadblocks can virtually disappear as soon as Palestinians accept Israel as a Jewish state, arrest terrorists, confiscate illegal weaponry, close the bomb-making factories and dismantle terrorist groups. But until Palestinians cease being raised, educated and nurtured for war, jihad, murdering Jews and destroying Israel, nothing will avail the cause of peace and reconciliation.

“The Quartet should devote genuine efforts to achieve peace by pressuring the PA to cease its pro-terror, anti-peace acts, not compromise such efforts by officially recycling pro-Palestinian propagandist falsehoods about the the obstacle to peace posed by Israeli Jews –– and only Israeli Jews, because they are Israeli Jews –– living in Judea/Samaria.”

We would love to hear from you! Please fill out this form and we will get in touch with you shortly.
Trending Z
Uncategorized July 7, 2016
FLASH: ISRAEL-JORDAN PEACE TREATY (1994) GUARANTEES JEWS ACCESS TO THE TEMPLE MOUNT – LET MY PEOPLE PRAY
Uncategorized July 7, 2016
ZOA Analysis: Most American Rabbis Who Are Boycotting Some Israeli Ministers Are From Extremist Left Wing Groups (J Street; T’ruah; JVP)
Uncategorized July 7, 2016
Israel’s “Right of Return” Grandparent Clause is De-Judaizing the Jewish State – Eliminate It
Uncategorized July 7, 2016
Exclusive: ZOA Accuses Ilhan Omar of Hating the U.S. ‘as Much as Israel,’ Lauds Kevin McCarthy for ‘Throwing Her Off the HFAC’
Center for Law & Justice
We work to educate the American public and Congress about legal issues in order to advance the interests of Israel and the Jewish people.
We assist American victims of terrorism in vindicating their rights under the law, and seek to hold terrorists and sponsors of terrorism accountable for their actions.
We fight anti-Semitism and anti-Israel bias in the media and on college campuses.
We strive to enforce existing law and also to create new law in order to safeguard the rights of the Jewish people in the United States and Israel.
Our Mission
ZOA STATEMENT
The ZOA speaks out for Israel – in reports, newsletters, and other publications. In speeches in synagogues, churches, and community events, in high schools and colleges from coast to coast. In e-mail action alerts. In op-eds and letters to the editor. In radio and television appearances by ZOA leaders. Always on the front lines of pro-Israel activism, ZOA has made its mark.
Related Articles
OP-ED Fmr. Secy. Colin Powell: Defense Dept. Influences Presidential Policy