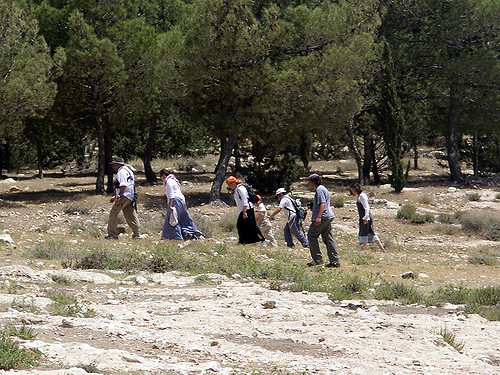 The Zionist Organization of America (ZOA) is not alone in feeling this way.

Prominent Las Angeles Rabbi David Wolpe wrote:  “That is not an apology.  ‘I am sorry I said something stupid and anti-Semitic’—that would have been a fitting apology.  These are not trivial issues. . . . To call Jews ‘termites’ is base and vile.”  (Rabbi Wolpe: There Is No Excuse for Anti-Semitic Smears, Time Magazine, July 26, 2016)

Commentary editor John Podhoretz tweeted about ADL’s inadequate tweet:  “How about using the term “anti-Semitic,” you cowards?  He compared Jews to TERMITES, for f –k’s sake.”

The ADL then immediately let the Congressman “off the hook.”   In response to Congressman Johnson’s phony apology, the ADL tweeted: “We appreciate ‪@RepHankJohnson‘s clarification here.”

In fact, the “settlements” comprise only 2% of Judea/Samaria, and there has been virtually no building in Judea/Samaria during the past two years.  Further, 99% of Palestinian Arabs live in areas governed by Palestinians.

Congressman Johnson’s deplorable comments are also reminiscent of the communities, clubs, beaches and hotels in the U.S. in past decades that posted signs saying “No Dogs, No Colored, No Jews, No Irish.”  As a member of the Congressional Black Caucus, Congressman Johnson should be particularly sensitive to the inappropriateness of leveling epithets against religious and ethnic groups, including Jews.

Can you imagine the outrage if a congressperson called blacks living in certain communities “termites”?   There would be a demand for the resignation of any congressman who said blacks are like termites ruining white neighborhoods and harming their peaceful atmosphere.  Saying that Jews shouldn’t live in Judea/Samaria because Arabs don’t want Jews there is as racist as saying that blacks shouldn’t live in white suburbs because some whites may not want blacks living there.

ADL’s Failure to Condemn The Anti-Israel BDS Forum:  The ADL also disgracefully failed to condemn Congressman Johnson’s involvement in the anti-Semitic forum where the Congressman referred to Jews as “termites.”   The Congressman was speaking at a side event to the Democratic National Convention sponsored by the “U.S. Campaign to End the Israeli Occupation.”   This notorious anti-Semitic organization calls Israel’s rebirth in 1948 a “catastrophe” and promotes anti-Semitic, anti-Israel boycotts, divestment and sanctions (BDS) aimed at destroying the State of Israel.

Anti-Israel boycotts are blatant anti-Semitic discrimination, harm both Jews and Arabs, and violate the Oslo accords signed by the PLO/PA.  Congressman Johnson should apologize for speaking on behalf of an anti-Semitic, anti-Israel, pro-BDS organization.

ADL’s Failure to Condemn Cong. Johnson’s Other Egregious Statements:  The ADL also failed to condemn Congressman Johnson’s other egregious statements.  During his speech, Johnson also improperly condemned Israel for “the building of walls and the building of check points that restrict movement of Palestinians.”

Johnson omitted the key fact that Israel built the security fence and checkpoints out of necessity – to stop Palestinian-Arab terrorist attacks, after Palestinian-Arab terrorists murdered approximately 2,000 innocent Jews and wounded almost 10,000 innocent Jews in suicide bombings in pizza parlors, on buses and at Passover Seders during the Second Intifada.

Does Congressman Johnson also condemn the checkpoints at the Congressional office building that assure his personal safety?  If not, he should also apologize for his remarks about the security fence and checkpoints that Israel had to build solely to stop terrorist attacks.

ADL’s Failed to Address Congressman Johnson’s Denials:  ADL also failed to address the congressman’s false denials of his “termites” label for Jews.  Congressman Johnson falsely told the Atlanta-Journal Constitution that he did not call Jewish Israelis termites, and that he did not intend to insult or speak derogatorily of the Israelis or the Jewish people, and that instead, his termite metaphor was intended to refer to the “corrosive settlement process.”   In fact, the congressman did analogize Jews to termites, when he spoke of termites “getting into” and eating up residences.  The congressman was referring to Jews who are living in (“getting into”) their homes in Judea/Samaria.

(Congressman Johnson’s said:  “There has been a steady [stream], almost like termites can get into a residence and eat before you know that you’ve been eaten up and you fall in on yourself, there has been settlement activity that has marched forward with impunity and at an ever increasing rate to the point where it has become alarming.”)

The ADL does not speak for us, or for other Jews and pro-Israel groups and individuals.   We do not appreciate Congressman Johnson’s offensive “clarification.”

Congressman Johnson owes Israel and the Jewish people a full and sincere apology for speaking on behalf of an organization that promotes anti-Israel boycotts and Israel’s destruction, and for calling Jews living in Judea/Samaria “termites.”

Morton A. Klein is the President of the Zionist Organization of America (ZOA).

We would love to hear from you! Please fill out this form and we will get in touch with you shortly.
Trending Z
Uncategorized July 27, 2016
FLASH: ISRAEL-JORDAN PEACE TREATY (1994) GUARANTEES JEWS ACCESS TO THE TEMPLE MOUNT – LET MY PEOPLE PRAY
Uncategorized July 27, 2016
ZOA Analysis: Most American Rabbis Who Are Boycotting Some Israeli Ministers Are From Extremist Left Wing Groups (J Street; T’ruah; JVP)
Uncategorized July 27, 2016
Israel’s “Right of Return” Grandparent Clause is De-Judaizing the Jewish State – Eliminate It
Uncategorized July 27, 2016
Exclusive: ZOA Accuses Ilhan Omar of Hating the U.S. ‘as Much as Israel,’ Lauds Kevin McCarthy for ‘Throwing Her Off the HFAC’
Center for Law & Justice
We work to educate the American public and Congress about legal issues in order to advance the interests of Israel and the Jewish people.
We assist American victims of terrorism in vindicating their rights under the law, and seek to hold terrorists and sponsors of terrorism accountable for their actions.
We fight anti-Semitism and anti-Israel bias in the media and on college campuses.
We strive to enforce existing law and also to create new law in order to safeguard the rights of the Jewish people in the United States and Israel.
Our Mission
ZOA STATEMENT
The ZOA speaks out for Israel – in reports, newsletters, and other publications. In speeches in synagogues, churches, and community events, in high schools and colleges from coast to coast. In e-mail action alerts. In op-eds and letters to the editor. In radio and television appearances by ZOA leaders. Always on the front lines of pro-Israel activism, ZOA has made its mark.
Related Articles
OP-ED BY: Morton A. Klein, ZOA Jerusalem is Holy to Jews, Not to Muslims