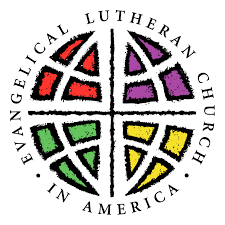 The Zionist Organization of America (ZOA) today condemned the Evangelical Lutheran Church of America (ELCA) for recently adopting two resolutions at its triennial assembly in New Orleans, calling for an “investment screen” that is a first step in implementing boycotts, divestment, and sanctions (BDS) against Israel and for calling for cutting off U.S. aid to Israel.

The first resolution established an “investment screen” that will recommend where Lutherans should invest their money with regard to Israel and the Palestinians. The second urged a cutoff of U.S. aid to Israel unless Israel meets a series of conditions, and calls for the immediate U.S. recognition of fictitious “the state of Palestine.”

ZOA National President Morton A. Klein said, “We condemn the Evangelical Lutheran Church of America for voting to approve these anti-Israel resolutions.

If the ELCA wants to take a moral stance, it should be boycotting the PA and Hamas, which have refused to imprison terrorists or outlaw terrorist groups and confiscate their weaponry, while promoting hatred and murder against Jews in their schools, media, and speeches.

“This act is likely to contribute to, rather than mitigate, the Arab war on Israel, due to the aid and comfort the ELCA provides the pro-terror, anti-peace Palestinian Authority and Hamas by holding Israel solely or primarily responsible for the lack of peace and consequently seeking to take measures against Israel, not the PA or Hamas.

“While it is true that the ELCA triennial assembly did not adopt even more explicitly pro-BDS language which was proposed by a number of individual church synods, or branches, the proposal for an investment screen is simply a gradual, two-step process of boycott.

“As the Presbyterian Church USA did a number of years back, the ELCA appears to be setting up criteria for non-investment, the so-called ‘investment screen.’ This will lead to the ELCA saying that it cannot invest in Israel, as Israeli companies do not meet their screening criteria.

“In short, this will amount to a boycott in all but name, and made eventually in name as well, now that these resolutions have been passed.

“If the ELCA was serious and sincere in its concern for human rights, it would be making bold statements and boycotting companies that do business with China, that aid the illegal and brutal Chinese occupation of Tibet. It would be boycotting Iran, Sudan or North Korea. But the ELCA is doing none of these things.

“That the ELCA can pass this unprincipled and morally twisted resolution even as the PA continues to refuse negotiations with Israel only shows how absurdly and perniciously biased this decision is.

“If the ELCA wants to take a moral stance, it should be boycotting the PA and Hamas, which have refused to imprison terrorists or outlaw terrorist groups and confiscate their weaponry, while promoting hatred and murder against Jews in their schools, media, and speeches.

“We earnestly urge all genuinely moderate, decent Lutheran clergy and laymen to raise their voices against these dishonest, repellent and immoral resolutions.”

We would love to hear from you! Please fill out this form and we will get in touch with you shortly.
Trending Z
News September 6, 2016
ZOA Condemns U.S. State Dept. & U.S. Amb. Nides For Siding with Antisemitic, Discriminatory Palestinian & Hamas Terrorists re: the Temple Mount, Violating Jews’ Religious Freedom
Uncategorized September 6, 2016
FLASH: ISRAEL-JORDAN PEACE TREATY (1994) GUARANTEES JEWS ACCESS TO THE TEMPLE MOUNT – LET MY PEOPLE PRAY
Uncategorized September 6, 2016
ZOA Analysis: Most American Rabbis Who Are Boycotting Some Israeli Ministers Are From Extremist Left Wing Groups (J Street; T’ruah; JVP)
Uncategorized September 6, 2016
Israel’s “Right of Return” Grandparent Clause is De-Judaizing the Jewish State – Eliminate It
Center for Law & Justice
We work to educate the American public and Congress about legal issues in order to advance the interests of Israel and the Jewish people.
We assist American victims of terrorism in vindicating their rights under the law, and seek to hold terrorists and sponsors of terrorism accountable for their actions.
We fight anti-Semitism and anti-Israel bias in the media and on college campuses.
We strive to enforce existing law and also to create new law in order to safeguard the rights of the Jewish people in the United States and Israel.
Our Mission
ZOA STATEMENT
The ZOA speaks out for Israel – in reports, newsletters, and other publications. In speeches in synagogues, churches, and community events, in high schools and colleges from coast to coast. In e-mail action alerts. In op-eds and letters to the editor. In radio and television appearances by ZOA leaders. Always on the front lines of pro-Israel activism, ZOA has made its mark.
Related Articles
OP-ED ZOA: Brookings Institution Must Return $14 Million To Qatar, Supporter of ISIS