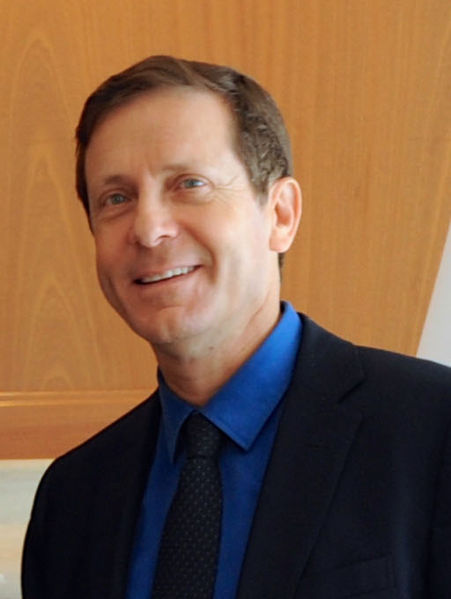 The Zionist Organization of America (ZOA) has criticized the remarks of Israeli Opposition and Zionist Union head, Isaac Herzog, for describing “settlers” – Jews living in communities beyond the 1949 armistice lines in Judea/Samaria –– as a “virus.”

The Opposition Leader made his remark while speaking in opposition to draft law that would apply the same protections enjoyed by towns inside the 1949 armistice lines to communities in Judea/Samaria, shielding them from claims by alleged absentee landowners on the land. Speaking of the residents of Amona, their refusal to leave their homes and the posed law designed to protect them from eviction, Mr. Herzog said, “I understand the pain of the families, but [the High Court of Justice] gave them two years to clear out, and look what this virus has done to the State of Israel and how dangerous it is to democracy, because of this nonsense” (Lahav Harkov, ‘Herzog calls Amona families “virus, dangerous to democracy,”’ Jerusalem Post, November 14, 2016).

ZOA National President Morton A. Klein said, “We are shocked at Mr. Herzog’s choice of words, describing a segment of Israeli society as a ‘virus.’ No part of Israeli society should be called such a thing. The language is crass, dehumanizing and offensive in the extreme.

“In case this is not obvious, just consider for a moment if Mr. Herzog had used that term to describe the Israeli Arab minority as a ‘virus.’ The outcry would be loud, immediate –– and justified.

In case this is not obvious, just consider for a moment if Mr. Herzog had used that term to describe the Israeli Arab minority as a ‘virus.’ The outcry would be loud, immediate –– and justified.

“Mr. Herzog cannot cannot have two standards, one for that part of Israeli society that agrees with his politics, and another for those who do not.

“The Jews of Judea/Samaria are overwhelmingly loyal, law-abiding, army-serving, patriotic Israelis living in lawful communities built and maintained by successive Israeli governments, Labor and Likud. Irrespective of his views of the merits or demerits of the proposed law which he was discussing, it beggars belief that Mr. Herzog would decide on such a lamentable choice of language to describe them.

“Israelis and Jews around the world are rightly and repeatedly distressed at the language of Israel-haters, who dehumanize Israelis in the most toxic and hateful language. Now, however, BDS advocates and Hamas supporters can cite the Israeli Leader of the Opposition, no less, in support of their views that Jews in Judea/Samaria are a toxic impediment to peace.

“We earnestly urge Mr. Herzog to withdraw and apologize for this remark publicly, and without delay.”

We would love to hear from you! Please fill out this form and we will get in touch with you shortly.
Trending Z
Uncategorized November 14, 2016
FLASH: ISRAEL-JORDAN PEACE TREATY (1994) GUARANTEES JEWS ACCESS TO THE TEMPLE MOUNT – LET MY PEOPLE PRAY
Uncategorized November 14, 2016
ZOA Analysis: Most American Rabbis Who Are Boycotting Some Israeli Ministers Are From Extremist Left Wing Groups (J Street; T’ruah; JVP)
Uncategorized November 14, 2016
Israel’s “Right of Return” Grandparent Clause is De-Judaizing the Jewish State – Eliminate It
Uncategorized November 14, 2016
Exclusive: ZOA Accuses Ilhan Omar of Hating the U.S. ‘as Much as Israel,’ Lauds Kevin McCarthy for ‘Throwing Her Off the HFAC’
Center for Law & Justice
We work to educate the American public and Congress about legal issues in order to advance the interests of Israel and the Jewish people.
We assist American victims of terrorism in vindicating their rights under the law, and seek to hold terrorists and sponsors of terrorism accountable for their actions.
We fight anti-Semitism and anti-Israel bias in the media and on college campuses.
We strive to enforce existing law and also to create new law in order to safeguard the rights of the Jewish people in the United States and Israel.
Our Mission
ZOA STATEMENT
The ZOA speaks out for Israel – in reports, newsletters, and other publications. In speeches in synagogues, churches, and community events, in high schools and colleges from coast to coast. In e-mail action alerts. In op-eds and letters to the editor. In radio and television appearances by ZOA leaders. Always on the front lines of pro-Israel activism, ZOA has made its mark.
Related Articles
OP-ED BY: ZOA Staff New Poll: Americans By 2-To-1 Margin Blame Palestinians For Talks’ Failure