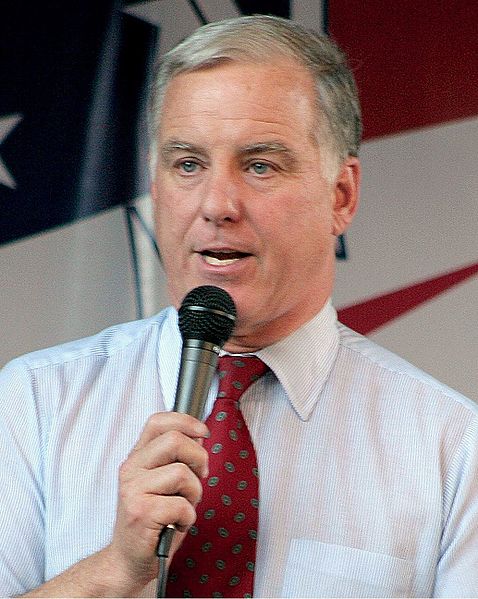 The ZOA calls upon former Democratic National Chair Howard Dean to retract and apologize to President-elect Trump’s appointee Stephen Bannon for absurdly and disgracefully calling Mr. Bannon a “Nazi,” anti-Semitic and other untrue epithets on CNN-Canada on Sunday, November 20, 2016.  When challenged by the CNN moderator about his use of the word “Nazi,” Howard Dean doubled down on his outrageous name-calling, saying:  “It’s a big word and I don’t usually use it unless someone is really anti-Semitic, really misogynistic, really anti-Black.”

The ADL has a long history (under its previous leader) of demanding apologies from those who call people “Nazis” or who use “Nazi” references or analogies, due to the unique horror of the Nazis’ cold-blooded murder of 6 million Jewish men, women and children.

Notably, by November 17, 2016, the ADL backed away its earlier false anti-Semitism accusations against Bannon, saying “We are not aware of any anti-Semitic statements from Bannon.”  See “Anti-Defamation League Backs Down,” Nov. 17, 2016.  Yet three days later, Howard Dean libeled Mr. Bannon as a “Nazi” and anti-Semite, etc.

Moreover, ZOA urges the ADL to join the ZOA in demanding an apology and retraction from Howard Dean.

The ADL has a long history (under its previous leader) of demanding apologies from those who call people “Nazis” or who use “Nazi” references or analogies, due to the unique horror of the Nazis’ cold-blooded murder of 6 million Jewish men, women and children.  For example, ADL told actress Susan Sarandon that her differences with the pope were “no excuse for throwing around Nazi analogies.  Such words are hateful, vindictive and only serve to diminish the true history and meaning of the Holocaust.”  (See “ADL Says Susan Sarandon Should Apologize For Referring To Pope Benedict XVI As ‘A Nazi,’” Oct. 17, 2011.)

ADL has also condemned the use of Nazi analogies to express sincerely held religious beliefs regarding abortion and sincerely held beliefs about animal cruelty.   (See, e.g., ADL press releases: “Outrageous Comparison Of Abortion To Holocaust Not A First For New York State Sen. Ruben Diaz,” May 2, 2012; and “ADL Denounces Peta for its “Holocaust On Your Plate” Campaign,” May 5, 2005.)

ADL also even demanded an apology when a company inadvertently included in an ad a photograph of a concentration camp’s fence and guard tower, obtained from a vendor of stock photos – despite the fact that the company did not know that the photo was from a concentration camp.  (See “Consulting Firm Apologizes to ADL for Ad Depicting Concentration Camp Birkenau,” Aug. 7, 2013.)

So where is the ADL now?   Has political left-wing partisanship so overtaken the ADL under its new leader, Jonathan Greenblatt (a former Obama official) that it is willing to countenance former Democratic National Chair Howard Dean calling a patriotic pro-Israel American such as Mr. Bannon a “Nazi” – and remain silent while Cong. Keith Ellison, a vicious critic of Israel, supporter of BDS, former employee of anti-Semite Louis Farrakhan, fighter against funding the Iron Dome, and promoter that Israel is an apartheid state, is being supported as the next chair of the powerful Democratic National Committee!

We would love to hear from you! Please fill out this form and we will get in touch with you shortly.
Trending Z
Uncategorized November 22, 2016
FLASH: ISRAEL-JORDAN PEACE TREATY (1994) GUARANTEES JEWS ACCESS TO THE TEMPLE MOUNT – LET MY PEOPLE PRAY
Uncategorized November 22, 2016
ZOA Analysis: Most American Rabbis Who Are Boycotting Some Israeli Ministers Are From Extremist Left Wing Groups (J Street; T’ruah; JVP)
Uncategorized November 22, 2016
Israel’s “Right of Return” Grandparent Clause is De-Judaizing the Jewish State – Eliminate It
Uncategorized November 22, 2016
Exclusive: ZOA Accuses Ilhan Omar of Hating the U.S. ‘as Much as Israel,’ Lauds Kevin McCarthy for ‘Throwing Her Off the HFAC’
Center for Law & Justice
We work to educate the American public and Congress about legal issues in order to advance the interests of Israel and the Jewish people.
We assist American victims of terrorism in vindicating their rights under the law, and seek to hold terrorists and sponsors of terrorism accountable for their actions.
We fight anti-Semitism and anti-Israel bias in the media and on college campuses.
We strive to enforce existing law and also to create new law in order to safeguard the rights of the Jewish people in the United States and Israel.
Our Mission
ZOA STATEMENT
The ZOA speaks out for Israel – in reports, newsletters, and other publications. In speeches in synagogues, churches, and community events, in high schools and colleges from coast to coast. In e-mail action alerts. In op-eds and letters to the editor. In radio and television appearances by ZOA leaders. Always on the front lines of pro-Israel activism, ZOA has made its mark.
Related Articles
OP-ED ZOA: Natl. Jewish Democratic Council Should Oppose Hagel Nomination As It Did In 2009

OP-ED BY: ZOA Staff ADL “Studying” Whether to Oppose BDS in Judea/Samaria