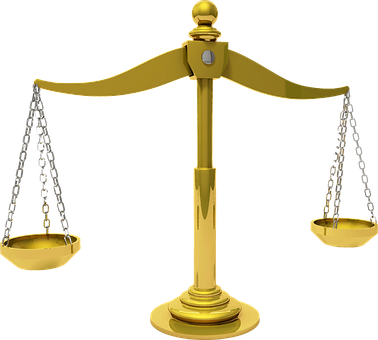 The Zionist Organization of America (ZOA) strongly praised the U.S. Senate for unanimously passing the bipartisan “Anti-Semitism Awareness Act” on December 1, 2016 – introduced by U.S. Senators Tim Scott (R-SC) and Bob Casey (D-PA) on November 29th – which will improve the enforcement of Title VI of the Civil Rights to protect Jewish students from anti-Semitic harassment and intimidation at federally-funded schools.

The State Department’s longstanding definition of anti-Semitism appropriately recognizes that anti-Semitism can be expressed in many ways.  It includes not only traditional expressions of Jew-hatred, but also the demonization of Israel (e.g., comparing Israeli policy to that of the Nazis), the imposition of an impossible double standard on Israel, and the delegitimization of Israel (i.e., denying the Jewish people their right to self-determination and denying Israel the right to exist).

The legislation would require the DOE to consider that Title VI might be violated if Jewish students were subjected to a hostile environment engendered by anti-Semitism that is expressed as anti-Israelism or anti-Zionism.

The DOE is responsible for enforcing Title VI to prohibit discrimination at federally-funded schools on the basis of race, color, or national origin.  The legislation would require the DOE to consider that Title VI might be violated if Jewish students were subjected to a hostile environment engendered by anti-Semitism that is expressed as anti-Israelism or anti-Zionism.

Historically, the DOE did not even enforce Title VI to protect Jewish students from anti-Semitic harassment and intimidation.  The agency considered Jews to be strictly a religious group and not also an ethnic group, and thus outside the protections of the law.

But after a six-year battle led by the ZOA, the DOE changed its interpretation of the law in 2010.  The DOE recognized that Jewish students who face discrimination based on their actual or perceived ancestry or ethnic characteristics were entitled to the protections of Title VI.

Morton A. Klein, the ZOA’s National President, Susan B. Tuchman, Esq., Director of the ZOA’s Center for Law and Justice, and Zach Stern, Managing Director of ZOA Campus, stated, “This legislation is crucial to ensuring that the rights of Jewish students to a safe and welcoming campus environment are fully protected under Title VI.  Based on the ZOA’s work with Jewish students on campuses across the country, we know that they are not only enduring ethnic slurs and the vandalism of Jewish property, which few would question as anti-Semitism.  They are also facing anti-Semitism expressed as vicious anti-Israelism and anti-Zionism.  Hate groups like Students for Justice in Palestine are creating a hostile learning environment for Jewish students,  calling for an intifada and for Israel’s destruction.  They blame ‘Zionists’ for high tuition and other problems.  And they engage in vicious and hurtful name-calling against Jewish students, falsely accusing them of being racists and baby-killers.

“For many years, the State Department has appropriately recognized this kind of conduct as anti-Semitism, and the ZOA has been calling on the DOE to do the same. This legislation will accomplish what we’ve been fighting for.  All forms of anti-Semitism cause pain to Jewish students and interfere with their right to a learning environment that is physically and psychologically safe.  With this legislation, the DOE will have to take into account all the forms of anti-Semitism that Jewish students are being subjected to, including the anti-Semitism that is expressed as anti-Israelism and anti-Zionism.”

Dan Pollak and Josh London, Co-Directors of the ZOA’s Government Relations Department, stated:  “We have been meeting with members of Congress and their staff for many years to ensure that Jewish students are fully protected from all forms of anti-Semitism under Title VI.  We are now working with members of the House to urge them to move quickly in passing this much-needed legislation.”

We would love to hear from you! Please fill out this form and we will get in touch with you shortly.
Trending Z
Uncategorized December 5, 2016
FLASH: ISRAEL-JORDAN PEACE TREATY (1994) GUARANTEES JEWS ACCESS TO THE TEMPLE MOUNT – LET MY PEOPLE PRAY
Uncategorized December 5, 2016
ZOA Analysis: Most American Rabbis Who Are Boycotting Some Israeli Ministers Are From Extremist Left Wing Groups (J Street; T’ruah; JVP)
Uncategorized December 5, 2016
Israel’s “Right of Return” Grandparent Clause is De-Judaizing the Jewish State – Eliminate It
Uncategorized December 5, 2016
Exclusive: ZOA Accuses Ilhan Omar of Hating the U.S. ‘as Much as Israel,’ Lauds Kevin McCarthy for ‘Throwing Her Off the HFAC’
Center for Law & Justice
We work to educate the American public and Congress about legal issues in order to advance the interests of Israel and the Jewish people.
We assist American victims of terrorism in vindicating their rights under the law, and seek to hold terrorists and sponsors of terrorism accountable for their actions.
We fight anti-Semitism and anti-Israel bias in the media and on college campuses.
We strive to enforce existing law and also to create new law in order to safeguard the rights of the Jewish people in the United States and Israel.
Our Mission
ZOA STATEMENT
The ZOA speaks out for Israel – in reports, newsletters, and other publications. In speeches in synagogues, churches, and community events, in high schools and colleges from coast to coast. In e-mail action alerts. In op-eds and letters to the editor. In radio and television appearances by ZOA leaders. Always on the front lines of pro-Israel activism, ZOA has made its mark.
Related Articles
OP-ED Fmr. Secy. Colin Powell: Defense Dept. Influences Presidential Policy