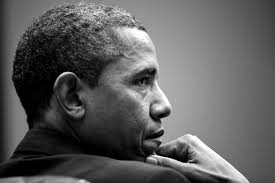 ZOA Urges Obama Admin: Veto Anti-Semitic UN Res. – Don’t Knife Israel In the Back and Side with the Terrorists
News Press Release

ZOA strongly urges the Obama administration to veto the falsehood-filled, viciously anti-Israel, anti-Semitic racist ethnic cleansing resolution that the UN Security Council is planning to vote on this afternoon.  The resolution was re-presented by New Zealand, Malaysia, Venezuela and Senegal today.   Egypt initially presented the resolution on behalf of the PLO and then withdrew it yesterday.  The resolution’s horrors are described in ZOA’s release yesterday, “ZOA Urges Veto of Disgraceful Anti-Israel UN Resolution on Jewish Communities,” Dec. 22, 2016, and “Eight Anti-Israel Outrages Inside the UN Resolution on Settlements,” by Aaron Klein, Breitbart, Dec. 22, 2016. This Resolution sides with the Hamas Abbas terrorist regime that promotes murder of Jews, pays salaries to Jew killers families and honors them.

In the strongest possible terms, we urge the Obama administration to reconsider its plans to allow passage of the hateful anti-Israel resolution today.

The anti-Semitic, inhumane UN resolution seeks to remove 700,000 Jews from their homes in the internationally-designated Jewish homeland in Judea/Samaria and eastern Jerusalem (the old city, where the holiest Jewish sites are located and Jews have lived throughout the millennia with the exception of the 19-year illegal Jordanian occupation from 1948-1967).

The resolution also seeks to overturn longstanding binding international law and longstanding U.S. policy by declaring that Israel’s lawful presence in these lands is “illegal”; and demands that Israel should return to the indefensible 1949 Armistice lines that have no international legal standing.  (The 1949 Armistice lines are where the fighting stopped after 6 Arab nations invaded Israel in 1947-1949.  The Armistice agreements specifically stated that the lines were “without prejudice.”  Abba Eban aptly called the lines “Auschwitz lines.”)    The resolution also calls for discrimination against Jews living in eastern Jerusalem and Judea/Samaria, among other horrors.  (See “ZOA Urges Veto of Disgraceful Anti-Israel UN Resolution on Jewish Communities,” Dec. 22, 2016, and “Eight Anti-Israel Outrages Inside the UN Resolution on Settlements,” by Aaron Klein, Breitbart, Dec. 22, 2016, for further details.)

In sum, the Obama administration’s planned refusal to veto this resolution is a betrayal of longstanding U.S. policy and another knife in the back of America’s most reliable ally in the Middle East.  The administration’s Hanukkah/Christmas “present” will harm Jews, Christians and all the other minorities (including Muslims) who benefit from the religious and other freedoms and access that only Israel grants to persons of all faiths.

ZOA observed and has been warning for several months that the Obama administration was orchestrating an extreme, harmful anti-Israel UNSC resolution.  In ZOA’s Nov. 3 New York Times Ad entitled “After Elections Will Obama Betray Israel at the UN?,” ZOA described numerous warning signs, including a Wikileaks document written by a former White House official revealing the administration’s plans; and the U.S. State Department’s baseless and vicious condemnations of Israel for building 98 apartments within a Jewish community, which accused Israel of not acting like a “friend” and said that the U.S. was “reconsidering” its “future engagement.”  Obama administration “echo chamber” editorials simultaneously appeared in the New York Times and elsewhere (reminiscent of the “echo chamber” that the Obama administration used to push the catastrophic Iran deal) – which echoed the State Department’s unwarranted condemnation of Israel and called for anti-Israel UN resolutions.   In an extraordinarily telling (and petty move), the White House crossed out the word “Israel” from former Israeli Prime Minister Shimon Peres’s burial place.  President Obama outrageously and falsely intimidated that Israelis were “enslaving” Palestinian Arabs during Obama’s eulogy of Peres.

In the strongest possible terms, we urge the Obama administration to reconsider its plans to allow passage of the hateful anti-Israel resolution today.

We would love to hear from you! Please fill out this form and we will get in touch with you shortly.
Trending Z
Uncategorized December 23, 2016
FLASH: ISRAEL-JORDAN PEACE TREATY (1994) GUARANTEES JEWS ACCESS TO THE TEMPLE MOUNT – LET MY PEOPLE PRAY
Uncategorized December 23, 2016
ZOA Analysis: Most American Rabbis Who Are Boycotting Some Israeli Ministers Are From Extremist Left Wing Groups (J Street; T’ruah; JVP)
Uncategorized December 23, 2016
Israel’s “Right of Return” Grandparent Clause is De-Judaizing the Jewish State – Eliminate It
Uncategorized December 23, 2016
Exclusive: ZOA Accuses Ilhan Omar of Hating the U.S. ‘as Much as Israel,’ Lauds Kevin McCarthy for ‘Throwing Her Off the HFAC’
Center for Law & Justice
We work to educate the American public and Congress about legal issues in order to advance the interests of Israel and the Jewish people.
We assist American victims of terrorism in vindicating their rights under the law, and seek to hold terrorists and sponsors of terrorism accountable for their actions.
We fight anti-Semitism and anti-Israel bias in the media and on college campuses.
We strive to enforce existing law and also to create new law in order to safeguard the rights of the Jewish people in the United States and Israel.
Our Mission
ZOA STATEMENT
The ZOA speaks out for Israel – in reports, newsletters, and other publications. In speeches in synagogues, churches, and community events, in high schools and colleges from coast to coast. In e-mail action alerts. In op-eds and letters to the editor. In radio and television appearances by ZOA leaders. Always on the front lines of pro-Israel activism, ZOA has made its mark.
Related Articles
OP-ED ZOA: Brookings Institution Must Return $14 Million To Qatar, Supporter of ISIS