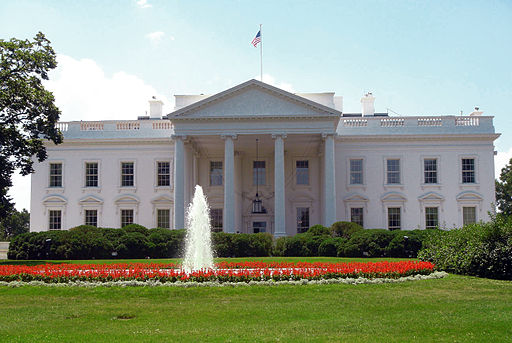 The Zionist Organization of America (ZOA) has expressed concern that the State Department intends to permit Jibril Rajoub, Secretary of the Fatah Central Committee, to participate in meetings with U.S. officials next week, despite his repeated calls for terrorism against Israel, a 15-year stint in Israeli prison for committing terror acts, praise for acts of Palestinian terrorism and advocating the kidnapping of Israeli soldiers.

When queried on this invitation, a State Department official maintained he can serve a positive role in peace talks set to take place between Trump administration officials and a Palestinian delegation including Mahmoud Abbas. “The U.S. government does not endorse every statement Mr. Rajoub has made, but he has long been involved in Middle East peace efforts, and has publicly supported a peaceful, non-violent solution to the Israeli-Palestinian conflict” (Adam Kredo, ‘Trump Admin to Host Convicted Palestinian Terrorist Despite Outrage,’ Washington Free Beacon, March 30, 2017).

However, Rajoub’s endorsement of terrorism should prevent him from obtaining a US visa, as US law bars entrance to individuals who “endorse or espouse terrorist activity,” as Rajoub has done.

Rajoub’s endorsement of terrorism should prevent him from obtaining a US visa, as US law bars entrance to individuals who “endorse or espouse terrorist activity,” as Rajoub has done.

Rajoub has repeatedly endorsed Palestinian terror acts and efforts to glorify those who commit them.

ZOA National President Morton A. Klein said, “Jibril Rajoub has a long and terrible record supporting terrorist acts and glorifying terrorists. It is contrary to US law that he be allowed into the country, and the proposal to invite him here is a mistake. Also, this invite has rehabilitated the image of a terrorist which can only further inspire other terrorists.

“This is all the more so, given his personal attacks on President Trump. It is difficult to see how someone who calls the President a ‘racist’ because he supports Israel can have anything worthwhile to contribute to any further negotiations.

“Secretary of State Tillerson should rescind this decision.”

We would love to hear from you! Please fill out this form and we will get in touch with you shortly.
Trending Z
Uncategorized April 5, 2017
ZOA Analysis: Most American Rabbis Who Are Boycotting Some Israeli Ministers Are From Extremist Left Wing Groups (J Street; T’ruah; JVP)
Uncategorized April 5, 2017
ZOA: Israel’s Reasonable Judicial Reform Proposals Are Good for Democracy, the Rule of Law and the Economy
Uncategorized April 5, 2017
Israel’s “Right of Return” Grandparent Clause is De-Judaizing the Jewish State – Eliminate It
News April 5, 2017
ZOA is Disappointed, Offended and Frightened by 211 U.S. House Votes Supporting Jew-Hating, Israel-Hating Rep. Ilhan Omar
Center for Law & Justice
We work to educate the American public and Congress about legal issues in order to advance the interests of Israel and the Jewish people.
We assist American victims of terrorism in vindicating their rights under the law, and seek to hold terrorists and sponsors of terrorism accountable for their actions.
We fight anti-Semitism and anti-Israel bias in the media and on college campuses.
We strive to enforce existing law and also to create new law in order to safeguard the rights of the Jewish people in the United States and Israel.
Our Mission
ZOA STATEMENT
The ZOA speaks out for Israel – in reports, newsletters, and other publications. In speeches in synagogues, churches, and community events, in high schools and colleges from coast to coast. In e-mail action alerts. In op-eds and letters to the editor. In radio and television appearances by ZOA leaders. Always on the front lines of pro-Israel activism, ZOA has made its mark.
Related Articles
OP-ED Fmr. Secy. Colin Powell: Defense Dept. Influences Presidential Policy