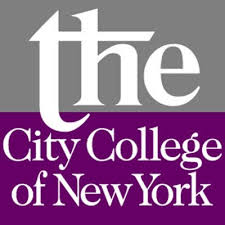 The Zionist Organization of America (ZOA) praised Dr. Vincent Boudreau, Interim President of The City College of New York (CCNY), for the positive steps he is taking in response to the disruption of an Israeli guest speaker at CCNY.  On May 11, 2017, Dani Dayan, Israel’s Consul General in New York, was invited to speak at CCNY by Chabad, the ZOA and others, but his presentation was disrupted by members and supporters of the so-called Students for Justice in Palestine campus group.

On May 19, 2017, the ZOA emailed a letter to Dr. Boudreau expressing concern about the disruption and urging that several remedial steps be taken, including that: (1) a written apology be issued to Dani Dayan; (2) the incident be fully investigated; and (3) the wrongdoers be sanctioned in accordance with CCNY rules and policies.  The ZOA identified several apparent violations of CCNY’s “Henderson Rules” which prohibit, e.g., obstructing others from the exercise of their rights, and interfering with an invited guest’s right to advocate his views without fearing abuse from others with conflicting viewpoints.

The steps that Interim President Boudreau has taken so far are extremely promising.  He has adopted several of the ZOA’s recommendations, which we believe will help make CCNY a place where invited guests to the campus will be protected, including those who are Jewish and support the Jewish State of Israel.

Hours later on May 19th, President Boudreau issued an excellent statement to the CCNY community.  It included an apology to Dani Dayan who “was not treated respectfully last week by our campus community.”  And, it notified the community that a committee had been established to investigate the incident, and to recommend a course of action, including disciplinary actions, which Dr. Boudreau stated he would take “very seriously.”

Morton A. Klein, ZOA National President; Susan B. Tuchman, Esq., Director of the ZOA’s Center for Law and Justice; and Zach Stern, Executive Director of the ZOA’s New York Metro Chapter, commended Interim President Boudreau for these positive steps, stating:  “The steps that Interim President Boudreau has taken so far are extremely promising.  He has adopted several of the ZOA’s recommendations, which we believe will help make CCNY a place where invited guests to the campus will be protected, including those who are Jewish and support the Jewish State of Israel.

“We urge President Boudreau to complete the investigation as soon as possible and, if CCNY rules and policies have been violated, to sanction the wrongdoers in accordance with those rules and policies.  The wrongdoers should be held to the same standards that apply to everyone else.  The punishment should require them to themselves issue an apology to Dani Dayan and to the co-sponsors of his presentation, and to make a written commitment not to obstruct future events.  Taking all these steps will go a long way in ensuring that this kind of shameful incident does not happen again.

“We thank CCNY’s amazing student leaders from Students Supporting Israel (SSI) who have exercised their leadership in such a thoughtful and responsible way, as well as others in the CCNY community who provided us with their helpful input.”

We would love to hear from you! Please fill out this form and we will get in touch with you shortly.
Trending Z
Uncategorized May 23, 2017
ZOA Analysis: Most American Rabbis Who Are Boycotting Some Israeli Ministers Are From Extremist Left Wing Groups (J Street; T’ruah; JVP)
Uncategorized May 23, 2017
ZOA: Israel’s Reasonable Judicial Reform Proposals Are Good for Democracy, the Rule of Law and the Economy
News May 23, 2017
ZOA is Disappointed, Offended and Frightened by 211 U.S. House Votes Supporting Jew-Hating, Israel-Hating Rep. Ilhan Omar
Uncategorized May 23, 2017
Israel’s “Right of Return” Grandparent Clause is De-Judaizing the Jewish State – Eliminate It
Center for Law & Justice
We work to educate the American public and Congress about legal issues in order to advance the interests of Israel and the Jewish people.
We assist American victims of terrorism in vindicating their rights under the law, and seek to hold terrorists and sponsors of terrorism accountable for their actions.
We fight anti-Semitism and anti-Israel bias in the media and on college campuses.
We strive to enforce existing law and also to create new law in order to safeguard the rights of the Jewish people in the United States and Israel.
Our Mission
ZOA STATEMENT
The ZOA speaks out for Israel – in reports, newsletters, and other publications. In speeches in synagogues, churches, and community events, in high schools and colleges from coast to coast. In e-mail action alerts. In op-eds and letters to the editor. In radio and television appearances by ZOA leaders. Always on the front lines of pro-Israel activism, ZOA has made its mark.
Related Articles
OP-ED Egypt’s Morsi: “We Must Not Forget To Nurse Our Children And Grandchildren On Hatred Towards Zionists And Jews,” The “Descendants Of Apes and Pigs”