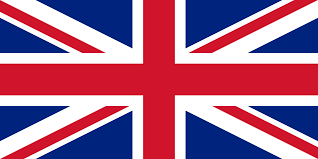 The ZOA is horrified by, and condemns the van-ramming terrorist attack outside a mosque in Finsbury Park, London, after Ramadan services last night.  ZOA sends our condolences to the family of the innocent elderly Muslim man who died after the attack, and sends our best wishes for the speedy and full recovery of the ten innocent injured pedestrians targeted for attack based on their Muslim faith.

Vigilante violence and terrorism against innocent Muslims is reprehensible; it is never an appropriate answer to the radical Islamist terrorist attacks that have recently rocked England and numerous other countries.  (“ZOA Sends Condolences and Prayers to London Terror Victims and Their Families,” June 5, 2017.)

No one could ever imagine naming a London public square to “honor” the vicious terrorist who just attacked innocent Muslim civilians in Finsbury Park.  So how is it that the PA continues to name public squares after vicious murderers of innocent Jews – and most of the world remains silent?

The ZOA is also horrified by and condemns the terrorist attacks in Jerusalem on Friday night. Palestinian Arab terrorists stabbed and shot to death a young (23-year-old) innocent female Jewish policewoman Hadas Malka, and wounded four other innocent Israeli Jews. (“Border Policewoman Murdered in Jerusalem Terror Attack,” Israel Nat’l News, June 16, 2017.)  ZOA wishes a full and speedy recovery to the wounded Israelis, and sends our condolences to the thousands of friends and family who are mourning young Hadas Malka.  (“Thousands Mourn Slain Border Cop ‘Who Loved Everybody’,” Times of Israel, June 16, 2017.)  Since September 2015, Palestinian Arab terrorists have murdered 50 innocent Israelis and wounded 750 innocent Israelis in an ongoing wave of terror.

Terrorism must always be condemned, and ZOA is gratified to see the widespread condemnation of the Finsbury Park anti-Muslim hateful terrorist attack.

Shockingly, however, while Israel and London were mourning, the Palestinian Authority (“PA”) just named yet another PA public square in honor of vicious Palestinian Arab terrorist, Khaled Nazzal, and PA officials participated in a rally to inaugurate the “Martyr Khaled Nazzal Square.”  Nazzal was responsible for the infamous, horrifying Ma’alot Massacre, in which Palestinian Arab terrorists first took a school full of innocent Jewish schoolchildren and their teachers as hostages, and then murdered 22 innocent Jewish children and 4 innocent Jewish teachers. Terrorist Nazzal also planned an attack in which 4 Jewish hostages were murdered in an apartment in Beit Shean, Israel, and a shooting and grenade attack in central Jerusalem in which one innocent Jew was murdered and 47 others were wounded (April 2, 1984).  (“PA Names Square After Mastermind of Massacre of 22 Children and 4 Adults,” Palestinian Media Watch, June 19, 2017.)  Nazzal commanded the “military branch” of the “Democratic Front for the Liberation of Palestine” (DFLP) – the PLO’s third largest faction, after Fatah and the PFLP.

No one could ever imagine naming a London public square to “honor” the vicious terrorist who just attacked innocent Muslim civilians in Finsbury Park.  So how is it that the PA continues to name public squares after vicious murderers of innocent Jews – and most of the world remains silent?

We would love to hear from you! Please fill out this form and we will get in touch with you shortly.
Trending Z
Uncategorized June 19, 2017
FLASH: ISRAEL-JORDAN PEACE TREATY (1994) GUARANTEES JEWS ACCESS TO THE TEMPLE MOUNT – LET MY PEOPLE PRAY
Uncategorized June 19, 2017
ZOA Analysis: Most American Rabbis Who Are Boycotting Some Israeli Ministers Are From Extremist Left Wing Groups (J Street; T’ruah; JVP)
Uncategorized June 19, 2017
Israel’s “Right of Return” Grandparent Clause is De-Judaizing the Jewish State – Eliminate It
Uncategorized June 19, 2017
Exclusive: ZOA Accuses Ilhan Omar of Hating the U.S. ‘as Much as Israel,’ Lauds Kevin McCarthy for ‘Throwing Her Off the HFAC’
Center for Law & Justice
We work to educate the American public and Congress about legal issues in order to advance the interests of Israel and the Jewish people.
We assist American victims of terrorism in vindicating their rights under the law, and seek to hold terrorists and sponsors of terrorism accountable for their actions.
We fight anti-Semitism and anti-Israel bias in the media and on college campuses.
We strive to enforce existing law and also to create new law in order to safeguard the rights of the Jewish people in the United States and Israel.
Our Mission
ZOA STATEMENT
The ZOA speaks out for Israel – in reports, newsletters, and other publications. In speeches in synagogues, churches, and community events, in high schools and colleges from coast to coast. In e-mail action alerts. In op-eds and letters to the editor. In radio and television appearances by ZOA leaders. Always on the front lines of pro-Israel activism, ZOA has made its mark.
Related Articles
OP-ED BY: ZOA Staff New Poll: Americans By 2-To-1 Margin Blame Palestinians For Talks’ Failure