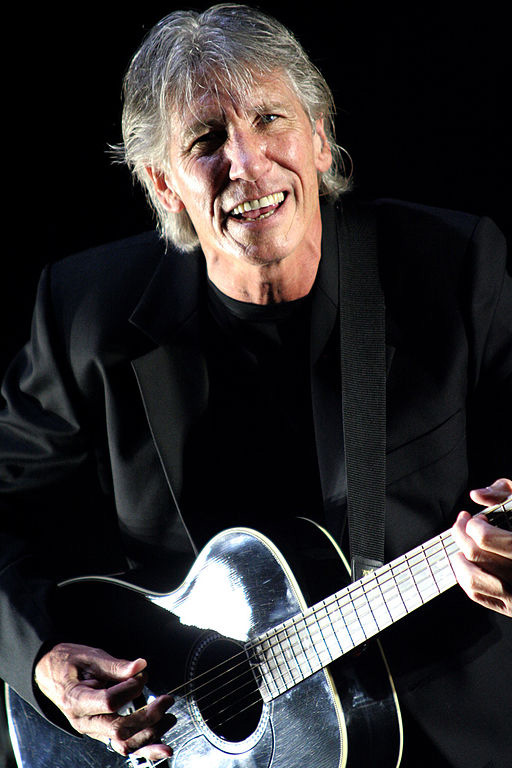 The Zionist Organization of America’s (ZOA) Greater Philadelphia chapter criticized performance arenas and concert facilities throughout North America for giving a platform to anti-Semite and anti-Israel Boycott, Divestment and Sanctions (BDS) advocate Roger Waters, a rock musician and a founding member of Pink Floyd. The ZOA also criticized radio stations across the nation who are promoting Waters’ concerts and giving away tickets to them, thereby encouraging more people to be exposed to his lie-filled, hateful anti-Israel rants.

Waters is currently on a 46-city tour, playing 61 concerts throughout the United States and Canada. Many of the venues at which he is playing are named for major corporations, including Wells Fargo, Staples, AT&T, American Airlines, Verizon and Prudential. These corporations are tarnishing their reputations by allowing their names to be associated with a vicious anti-Semite who promotes lies about Israel and the Jewish people.

The ZOA calls on these corporations to reject and condemn Waters and his hateful attacks against Jews and the Jewish State of Israel.

The ZOA calls on these corporations to reject and condemn Waters and his hateful attacks against Jews and the Jewish State of Israel. We also call on radio stations across America – including Philadelphia’s WMMR – to stop promoting Waters’ concerts and cease their ticket giveaways so that fewer people are exposed to his Jew-hatred.

Waters’ record makes it crystal clear that he is an unabashed anti-Semitic bigot:

Morton A. Klein, the ZOA’s National President, and Steve Feldman, Executive Director of ZOA’s Greater Philadelphia chapter, urged the venues hosting Roger Waters, the corporations that the venues are named for, and the radio stations that are promoting his concerts, to speak out and condemn Waters and his anti-Semitic bigotry:  “Roger Waters is an unapologetic Jew hater and hater of the Jewish State of Israel.  He is using the platforms he is being given to promote his lies and encourage hatred of Jews and Israel.

“If Waters was viciously attacking another minority with lies and factual distortions, there’s no doubt that he would be a pariah and not welcome at a single concert venue.  Corporations would not associate themselves or their names with him, and radio stations would not be promoting his concerts and encouraging people to attend them.  Waters’ vicious attacks against Jews and the Jewish State of Israel should be just as abhorrent. Shame on him and on any venue, corporation or radio station that is currently associated with or promoting him and that fails to call him out and condemn his disgusting and destructive Jew-hatred.”

We would love to hear from you! Please fill out this form and we will get in touch with you shortly.
Trending Z
News June 23, 2017
ZOA Condemns U.S. State Dept. & U.S. Amb. Nides For Siding with Antisemitic, Discriminatory Palestinian & Hamas Terrorists re: the Temple Mount, Violating Jews’ Religious Freedom
Uncategorized June 23, 2017
FLASH: ISRAEL-JORDAN PEACE TREATY (1994) GUARANTEES JEWS ACCESS TO THE TEMPLE MOUNT – LET MY PEOPLE PRAY
Uncategorized June 23, 2017
ZOA Analysis: Most American Rabbis Who Are Boycotting Some Israeli Ministers Are From Extremist Left Wing Groups (J Street; T’ruah; JVP)
Uncategorized June 23, 2017
Israel’s “Right of Return” Grandparent Clause is De-Judaizing the Jewish State – Eliminate It
Center for Law & Justice
We work to educate the American public and Congress about legal issues in order to advance the interests of Israel and the Jewish people.
We assist American victims of terrorism in vindicating their rights under the law, and seek to hold terrorists and sponsors of terrorism accountable for their actions.
We fight anti-Semitism and anti-Israel bias in the media and on college campuses.
We strive to enforce existing law and also to create new law in order to safeguard the rights of the Jewish people in the United States and Israel.
Our Mission
ZOA STATEMENT
The ZOA speaks out for Israel – in reports, newsletters, and other publications. In speeches in synagogues, churches, and community events, in high schools and colleges from coast to coast. In e-mail action alerts. In op-eds and letters to the editor. In radio and television appearances by ZOA leaders. Always on the front lines of pro-Israel activism, ZOA has made its mark.
Related Articles
OP-ED Hearings Reveal More Hagel Horrors – U.S. Is “World’s Bully, Israel is War Criminal and Committed “Sickening Slaughter”