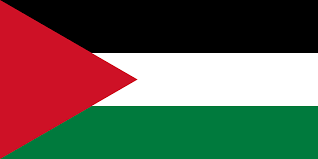 The ZOA is appalled by, and calls upon the Jordanian parliament to retract its praise for the Arab terrorists who murdered two Druze Israeli policemen on Friday on the Temple Mount in Jerusalem, Israel.  Jordanian Parliament Speaker Atef Tarawneh’s praise of the Arab terrorists/murderers as “martyrs who sowed and watered the pure land” and as “young Palestinians who are still fighting in the name of the nation” etc. incites still more unbridled terror, and instigates the repeated use of holy religious sites to hide terrorists’ weapons and as places to perpetrate terror.  ZOA also calls upon the Jordanian Speaker Tarawneh to retract his false, offensive claim that Israeli “occupation” of Jerusalem and the “West Bank” (Judea/Samaria) are “lighting the fire of revenge” among young Arabs and justified the killing.

The Jordanian parliament’s and its speaker’s actions and statements violate the 1994 Treaty of Peace Between The State of Israel And The Hashemite Kingdom of Jordan (the “Israel-Jordan Peace Treaty”).  The Israel-Jordan Peace Treaty requires the parties to not incite or instigate terror, and recognized that the international boundary between Jordan and Israel is the Jordan and Yarmouk Rivers, and the Dead Sea, etc. – thereby confirming that Israel is not an occupier of any other nation’s land.

It is also absurd for Jordanians to call Israelis “occupiers” – when Jordan was created out of, “occupied,” territory and continues to be situated on 78% of the territory designated for Jewish settlement and the Jewish homeland under binding international law (i.e., the League of Nations Mandate and San Remo resolution).

“to refrain from . . . instigating, inciting, assisting or participating in acts or threats of belligerency, hostility, subversion or violence against the other Party [Israel].”  (Article 4.3.2)

“to refrain from . . . joining or in any way assisting, promoting or co-operating with any coalition, organisation or alliance with a military or security character with a third party, the objectives or activities of which include launching aggression or other acts of military hostility against the other Party, in contravention of the provisions of the present Treaty.”  (Article 4.4.1)

“to recognise and . . . respect each other’s [Israel’s] right to live in peace within secure and recognised boundaries.”  (Article 2.2)

“to act together to promote interfaith relations among the three monotheistic religions, with the aim of working towards religious understanding, moral commitment, freedom of religious worship, and tolerance and peace.” (Article 9)

As President Trump stated during his Speech to the Arab Islamic American Summit in Riyadh on May 21, 2017, our nations must unite to drive out and “vanquish the forces of terrorism . . . That means honestly confronting the crisis of Islamist extremism and the Islamist terror groups it inspires. And it means standing together against the murder of innocent Muslims, the oppression of women, the persecution of Jews, and the slaughter of Christians.”

We would love to hear from you! Please fill out this form and we will get in touch with you shortly.
Trending Z
News July 18, 2017
ZOA Condemns U.S. State Dept. & U.S. Amb. Nides For Siding with Antisemitic, Discriminatory Palestinian & Hamas Terrorists re: the Temple Mount, Violating Jews’ Religious Freedom
News July 18, 2017
ZOA’s Klein JPost Op-Ed: There is Nothing Extreme About Israel’s New Government
Uncategorized July 18, 2017
FLASH: ISRAEL-JORDAN PEACE TREATY (1994) GUARANTEES JEWS ACCESS TO THE TEMPLE MOUNT – LET MY PEOPLE PRAY
Uncategorized July 18, 2017
ZOA Analysis: Most American Rabbis Who Are Boycotting Some Israeli Ministers Are From Extremist Left Wing Groups (J Street; T’ruah; JVP)
Center for Law & Justice
We work to educate the American public and Congress about legal issues in order to advance the interests of Israel and the Jewish people.
We assist American victims of terrorism in vindicating their rights under the law, and seek to hold terrorists and sponsors of terrorism accountable for their actions.
We fight anti-Semitism and anti-Israel bias in the media and on college campuses.
We strive to enforce existing law and also to create new law in order to safeguard the rights of the Jewish people in the United States and Israel.
Our Mission
ZOA STATEMENT
The ZOA speaks out for Israel – in reports, newsletters, and other publications. In speeches in synagogues, churches, and community events, in high schools and colleges from coast to coast. In e-mail action alerts. In op-eds and letters to the editor. In radio and television appearances by ZOA leaders. Always on the front lines of pro-Israel activism, ZOA has made its mark.
Related Articles
OP-ED BY: ZOA Staff New Poll: Americans By 2-To-1 Margin Blame Palestinians For Talks’ Failure