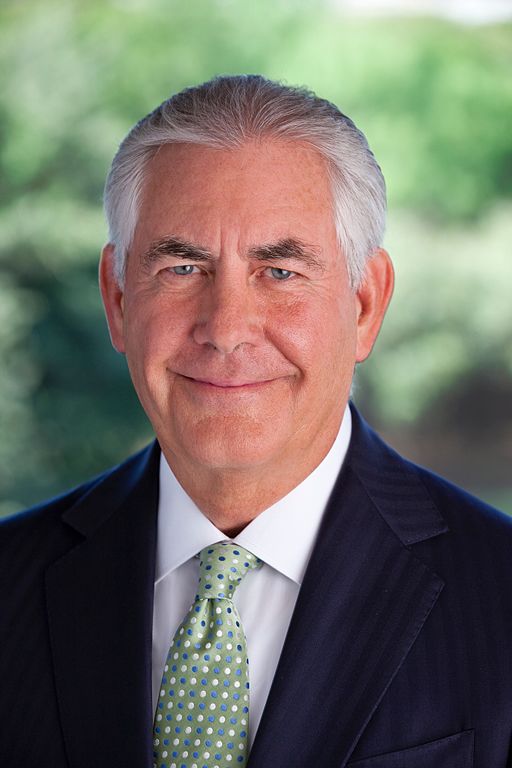 At the State Department’s press briefing on July 25th, the press asked for comments about ZOA’s criticisms of the State Department terrorism report and ZOA’s call for Secretary Tillerson’s resignation.  The press quoted ZOA’s statement that the State Department terrorism report was “bigoted, biased, anti-Semitic, Israel-hating, and error-ridden.”  In response, the State Dept. spokesperson said that Sec’y Tillerson will remain there, and tried to whitewash the State Department’s report, by saying: “in that report we consistently highlight terror attacks perpetuated against Israelis – and I’m just talking about the Israel portion – because this is a worldwide report.  Those terror attacks that are perpetuated against Israelis by Hamas and others. There is no justification – and we will say that time and time again – there is no justification for any acts of terrorism.”

ZOA of course agrees with the State Department’s press spokesperson that there is “no justification for any acts of terrorism.”  But unfortunately, that’s not what the State Department Terrorism Report says.  As it now stands, the State Department terrorism report wrongly says that the “drivers” of Palestinian Arab terrorism against Jews are “lack of hope in achieving statehood” (although Palestinian Arabs repeatedly rejected generous statehood offers in 2000, ’01, ’08); “Israeli settlement construction in the West Bank” (an excuse that says the very presence of Jews living in the historic, legally designated Jewish homeland justifies killing Jews); “settler violence” (although this is virtually non-existent); “the perception that the Israeli government was changing the status quo on the Haram Al Sharif/Temple Mount” (although Palestinian Authority (PA) President Abbas’s “filthy feet” incitement caused this false “perception”); and “IDF tactics that the Palestinians considered overly aggressive” (although IDF anti-terrorism methods are humane, reasonable and necessary steps such as weapons checkpoints and arresting murderers).

Alarmingly, the State Department terrorism report never even mentions that the PA pays terrorists to murder Jews – and re-characterizes the PA’s heinous payments as helpful “financial packages to Palestinian security prisoners . . . to reintegrate them into society.”  And the report falsely asserts that explicit PA calls for violence are “rare” and that the PA “leadership generally does not tolerate it” – an utter lie and whitewash of the fact PA President Abbas has been inciting the ongoing deadly knife and ramming attacks on Jews by repeatedly rebroadcasting his Islamist call to spill blood to prevent Jews’ and Christians’ “filthy feet” from “defiling” Jewish and Christian sites in Jerusalem, that the Muslims are claiming as their own.

As Congressman Peter Roskam (R-IL) wrote in his July 20th letter to Tillerson, the State Department terrorism report’s assertions that PA calls for terror are “rare” is “demonstrably false.”  As Congressman Roskam wrote:

“The State Department report includes multiple findings that are both inaccurate and harmful to combating Palestinian terrorism . . . At the highest level, the Palestinian Authority (PA) leadership incites, rewards, and, in some cases, carries out terrorist attacks against innocent Israelis.  In order to effectively combat terrorism, it is imperative that the United States accurately characterize its root cause – PA leadership. . . .”

We would love to hear from you! Please fill out this form and we will get in touch with you shortly.
Trending Z
News August 1, 2017
ZOA Condemns U.S. State Dept. & U.S. Amb. Nides For Siding with Antisemitic, Discriminatory Palestinian & Hamas Terrorists re: the Temple Mount, Violating Jews’ Religious Freedom
News August 1, 2017
ZOA’s Klein JPost Op-Ed: There is Nothing Extreme About Israel’s New Government
Uncategorized August 1, 2017
FLASH: ISRAEL-JORDAN PEACE TREATY (1994) GUARANTEES JEWS ACCESS TO THE TEMPLE MOUNT – LET MY PEOPLE PRAY
Uncategorized August 1, 2017
ZOA Analysis: Most American Rabbis Who Are Boycotting Some Israeli Ministers Are From Extremist Left Wing Groups (J Street; T’ruah; JVP)
Center for Law & Justice
We work to educate the American public and Congress about legal issues in order to advance the interests of Israel and the Jewish people.
We assist American victims of terrorism in vindicating their rights under the law, and seek to hold terrorists and sponsors of terrorism accountable for their actions.
We fight anti-Semitism and anti-Israel bias in the media and on college campuses.
We strive to enforce existing law and also to create new law in order to safeguard the rights of the Jewish people in the United States and Israel.
Our Mission
ZOA STATEMENT
The ZOA speaks out for Israel – in reports, newsletters, and other publications. In speeches in synagogues, churches, and community events, in high schools and colleges from coast to coast. In e-mail action alerts. In op-eds and letters to the editor. In radio and television appearances by ZOA leaders. Always on the front lines of pro-Israel activism, ZOA has made its mark.
Related Articles
OP-ED Jewish Fraternity ZBT Says: Contact ZOA With Any Campus Anti-Semitism Issues