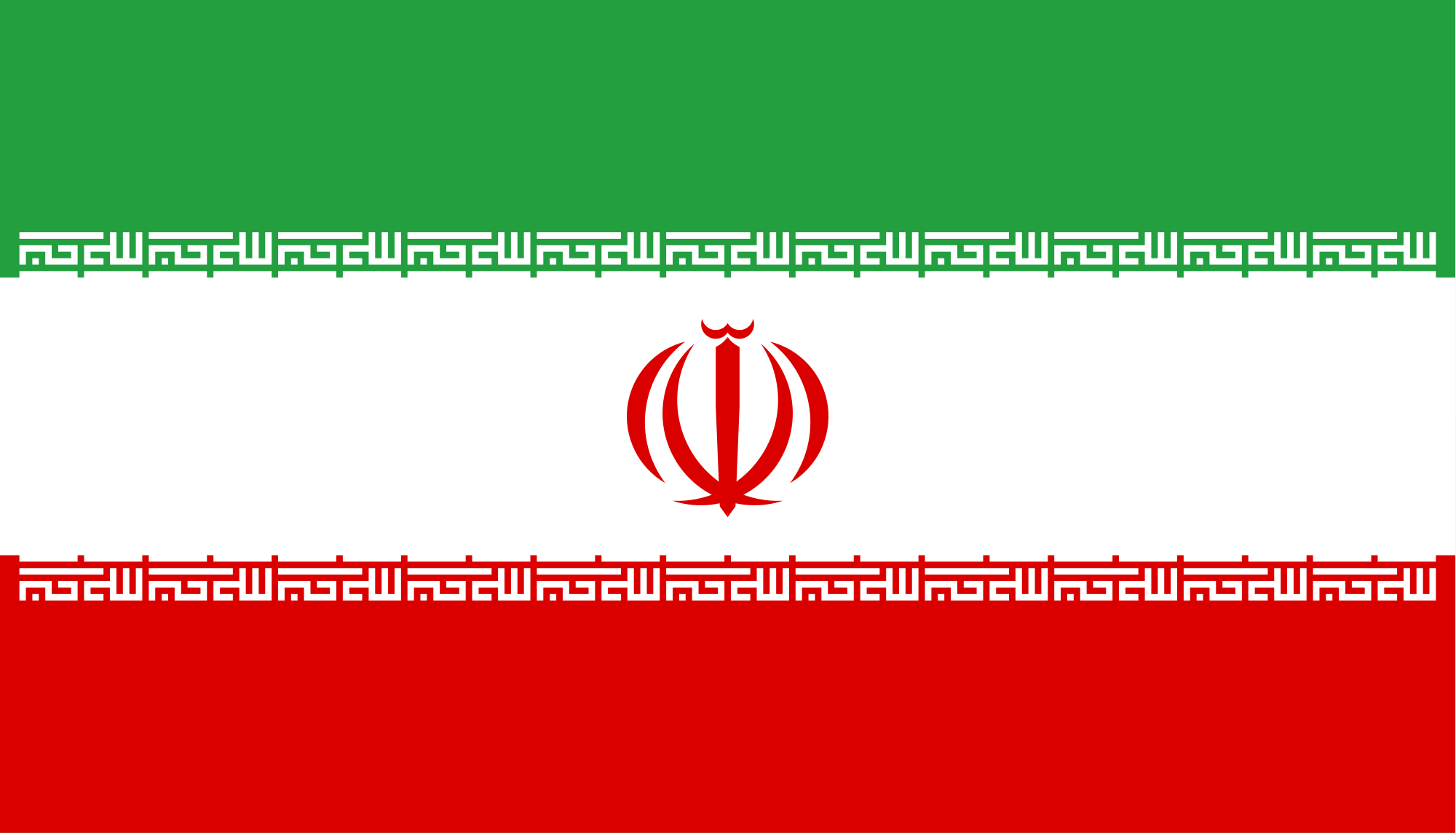 The Zionist Organization of America (ZOA) has pointed to new reports from German intelligence indicating that Iran continues to obtain materials and to work on improving its development of ballistic missiles as a further reason for terminating the Iran nuclear deal.

According to a report in the Berlin daily Der Tagesspiegel:

“Despite the nuclear agreement [reached with world powers in July, 2015], Iran has not given up its illegal activities in Germany. The mullah regime also made efforts this year to obtain material from [German] firms for its nuclear program and the construction of missiles, said security sources … Iran has [according to the security sources] clearly not given up its long-term goal of becoming a nuclear power that can mount nuclear weapons on rockets …. Security experts say Iran is very interested in equipment to extend the range of missiles.”

The ZOA believes that the alternative option presented to President Trump by Secretary of State Rex Tillerson and National Security Adviser General H.R. McMaster… is illogical and useless and a mistake.

Further, the Jerusalem Post reported in October and July that Iran made more than 30 attempts to obtain equipment for its nuclear and missile programs in 2016. The Post examined 17 German intelligence reports as parts of investigative series into Iranian nuclear, missile, chemical and biological weapons activity in the Federal Republic (Benjamin Weinthal, ‘German officials: Iran working to build nuclear-armed missiles,’ Jerusalem Post, October 18, 2017).

ZOA National President Morton A. Klein, “These latest revelations from German intelligence about the terrorist regime of Iran to continue its effort to import materials for ballistic missile production and its continuing work on improving its stocks of ballistic missiles is merely the latest in a long list of reasons for terminating the 2015 catastrophic nuclear deal with Iran.

“Remember, this deal is totally defective as it is –– it did not compel Iran to dismantle its thousands of centrifuges; or to close its Arak plutonium facility; or to close its underground nuclear facility at Fordow; or to agree to unfettered and unannounced inspections; or to permit its designated military sites to be subject to inspection; or fully account for the possible military dimensions of its past clandestine nuclear research and development programs; or to stop research and development on ballistic missiles.

“Yet despite this, Iran has still been failing to comply with the deal. In fact, it has been violating the Deal in numerous ways, as well as acting in a fashion inimical to peace, including:

•Iranian refusal to permit IAEA inspectors to inspect its Parchin nuclear facility and demand for a closure of investigation of the possible military dimension (PMD) of its nuclear program.

•Iranian refusal to negotiate the issue of its ballistic missiles.

•An $8 billion 2016 arms deal with Russia, whereby Iran is to purchase the S-300 air defense system, enabling it one day to insulate its nuclear sites from American or Israeli strikes, as well as Sukhoi-30 jets, comparable to American F-15 fighter-bombers.

•Exceeding in November 2016 the 130 metric ton threshold permitted under the deal for stocks of heavy water, according to the IAEA.

•Replacing  in December 2016 old centrifuges with new IR8 centrifuges that can be used to produce weapons grade uranium in far less time.

•Testing ballistic missiles in January 2017 without approval from the UN Security Council, contrary to U.N. Resolution 2231, passed shortly after the nuclear deal was signed, which calls on Iran “not to undertake any activity related to ballistic missiles designed to be capable of delivering nuclear weapons, including launches using such ballistic missile technology.”

•Continuing its “illegal proliferation-sensitive procurement activities” at a “quantitatively high level,” according to the German Federal Office for the Protection of the Constitution.

“Add to this the fact that International Atomic Energy Agency (IAEA), responsible for overseeing Iran’s compliance with the Nuclear Non-Proliferation Treaty, due to the 2015 deal, is no longer in a position to certify that Iran is complying.

“Under the agreement, the IAEA may only inspect certain declared nuclear sites, and then only with four weeks’ prior notification, but not any sites designated ‘military’ by Tehran, nor any other suspected sites of illicit Iranian nuclear research or activity. Thus, all claims by the deal’s apologists, including the former Obama Administration, about the IAEA carrying out robust inspections under the JCPOA are perpetuating a misleading falsehood by failing to mention these crucial limitations.

“Indeed, the IAEA admitted publicly a couple of weeks ago that this was indeed the case and that it cannot fully assess whether Iran is working on sensitive nuclear technology due to restrictions on inspections and specific sites in Iran.

“It is for these reasons that the ZOA has already urged President Trump to decertify Iranian compliance with the 2015 Iran nuclear deal and to reimpose sanctions on Iran for its failure to cease supporting international terrorist groups and domestic human rights abuses. The ZOA has also recommended decertifying the deal and imposing sanctions because Iran is already in breach of the agreement, permissive as it is towards Tehran.

The ZOA believes that the alternative option presented to President Trump by Secretary of State Rex Tillerson and National Security Adviser General H.R. McMaster –– to “decertify” the JCPOA but to keep the United States in this deeply flawed agreement –– is illogical and useless and a mistake.

“Such an idea depends on the US negotiating an improved agreement with Iran, which has absolutely no motive to renegotiate a deal so clearly beneficial to itself. It would also mean that the US would continue to stand by a completely flawed and dangerous nuclear deal without in the future requiring the President to decertify Iranian compliance with the agreement. In this way, the agreement would continue, whether Iran was held to be in compliance or not.

“In short, the 2015 nuclear deal is a positive impediment to stopping Iran eventually developing nuclear weapons and in fact gives Iran a legal path to nukes.

“We should also reject the argument that decertifying or withdrawing from the deal would spur Iran to hasten its efforts to obtain nuclear weapons. That ability was present before, during and since the conclusion of the JCPOA. The only thing likely to slow Iran is pressure, including and especially renewed sanctions.

We would love to hear from you! Please fill out this form and we will get in touch with you shortly.
Trending Z
Uncategorized October 20, 2017
ZOA Analysis: Most American Rabbis Who Are Boycotting Some Israeli Ministers Are From Extremist Left Wing Groups (J Street; T’ruah; JVP)
Uncategorized October 20, 2017
ZOA: Israel’s Reasonable Judicial Reform Proposals Are Good for Democracy, the Rule of Law and the Economy
News October 20, 2017
ZOA is Disappointed, Offended and Frightened by 211 U.S. House Votes Supporting Jew-Hating, Israel-Hating Rep. Ilhan Omar
Uncategorized October 20, 2017
Israel’s “Right of Return” Grandparent Clause is De-Judaizing the Jewish State – Eliminate It
Center for Law & Justice
We work to educate the American public and Congress about legal issues in order to advance the interests of Israel and the Jewish people.
We assist American victims of terrorism in vindicating their rights under the law, and seek to hold terrorists and sponsors of terrorism accountable for their actions.
We fight anti-Semitism and anti-Israel bias in the media and on college campuses.
We strive to enforce existing law and also to create new law in order to safeguard the rights of the Jewish people in the United States and Israel.
Our Mission
ZOA STATEMENT
The ZOA speaks out for Israel – in reports, newsletters, and other publications. In speeches in synagogues, churches, and community events, in high schools and colleges from coast to coast. In e-mail action alerts. In op-eds and letters to the editor. In radio and television appearances by ZOA leaders. Always on the front lines of pro-Israel activism, ZOA has made its mark.
Related Articles
OP-ED BY: ZOA Staff New Poll: Americans By 2-To-1 Margin Blame Palestinians For Talks’ Failure