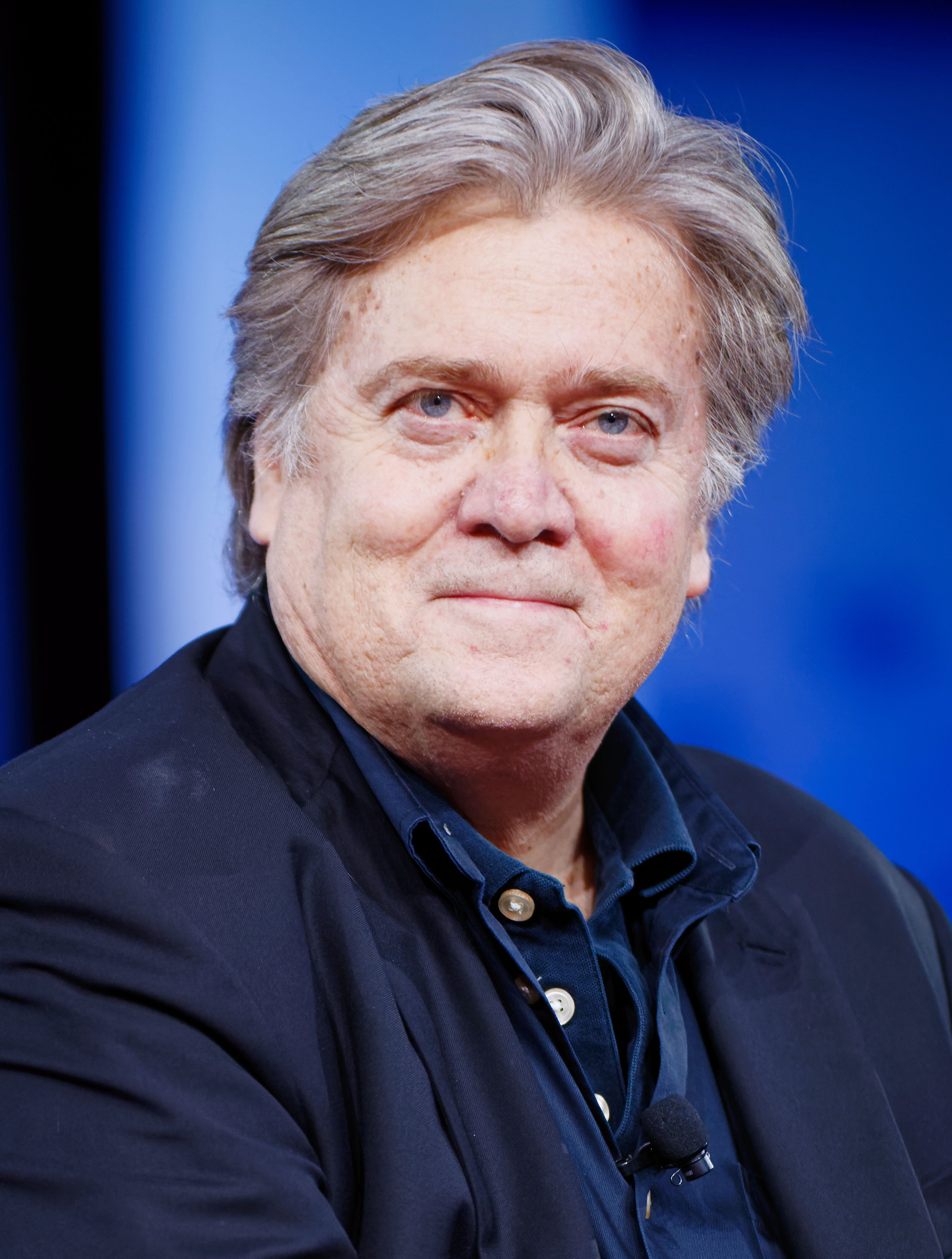 As the leader of the oldest pro-Israel group in the United States and as a child of Holocaust survivors, who was born in a displaced persons camp in Germany after losing most of my family to the evil anti-Semites of Nazi Germany, I am appalled by the reprehensible lies being promoted by Sen. Mitch McConnell, Josh Holmes, and the Senate Leadership Fund, about Steven Bannon’s attitude toward Israel and Jews.

Their disgraceful name calling is rubbish.

The Anti-Defamation League acknowledged that it has found no written or verbal statements made by Bannon that were anti-Semitic.

ZOA does not invite anti-Semites to our events. Steve Bannon is the furthest thing from an anti-Semite, contrary to McConnell and Holmes’s shameful lies. Steve is a proud friend of the Jewish people and the Jewish State of Israel.

I know and have worked closely with Steve Bannon. I am appalled by these shameful attempts to smear Bannon’s character and integrity by promoting false allegations about Bannon’s views on Jews and Israel. This is clearly being done because of policy differences between Senator McConnell and Bannon.

Harvard Law professor Alan Dershowitz, an ardent Zionist and liberal Democrat, wrote about Bannon, “It’s not legitimate to call [Bannon] an anti-Semite because you disagree with his policies. The evidence suggests that Mr. Bannon has very good relationships with individual Jews and is supportive of Israel. I’ve seen no evidence of personal anti-Semitism on the part of Bannon.”

Bernie Marcus, a founder of Home Depot and an ardent Zionist, wrote, “I have known Steve to be a passionate supporter of Israel….What is being done to Steve is a shonda [disgrace].”

The Anti-Defamation League acknowledged that it has found no written or verbal statements made by Bannon that were anti-Semitic.

Liberal columnist and former editor of the Forward, J.J. Goldberg, recently wrote about these charges against Bannon, “There’s no evidence. The evidence that’s tossed around doesn’t hold up. The more we cry anti-Semitism when it’s not real, the more likely we won’t believe when the danger is real.”

Vanity Fair reported that Bannon valiantly fought to move the U.S. Embassy to Jerusalem, and refused to attend a meeting with Palestinian-Arab leader Mahmoud Abbas, a Jew-hating, Israel-hating terrorist. Bannon is quoted as saying, “I’m not going to breathe the same air as that terrorist.”

Steve has helped ZOA and our battles against anti-Semitism on college campuses and has invited me, a Jew and a Zionist, to be a regular columnist at his Breitbart news. Anti-Semites don’t provide Morton Klein with a platform.

We are proud and fortunate to have Steve Bannon on our side fighting for Israel and against anti-Semitism. And we’re honored that he will be a speaker at ZOA’s 2017 Gala where he will be introducing Dr. Miriam and Sheldon Adelson, the greatest pro-Jewish Zionists on the face of the planet.

We would love to hear from you! Please fill out this form and we will get in touch with you shortly.
Trending Z
News October 27, 2017
New Biden Nominees Opposed Abraham Accords & Involved in Israeli Election Interference
Uncategorized October 27, 2017
ZOA Letter to DOJ & FBI on New “Mapping Project” Antisemitic Threat by ZOA Pres. Morton Klein, Dir. of Research/Special Projects Liz Berney, Esq., Dir. Center for Law & Justice Susan Tuchman, Esq.
Op-Ed October 27, 2017
ZOA’s Mort Klein JPost Op-Ed: BDS Mapping Project Targets Every Jew, Including Left Wing, Israelophobic Jews
News October 27, 2017
U.S. Senators Criticize Tamara Wittes, Biden Nominee’s Anti-Israel Bias ― Jewish Groups are Deafeningly Silent
Center for Law & Justice
We work to educate the American public and Congress about legal issues in order to advance the interests of Israel and the Jewish people.
We assist American victims of terrorism in vindicating their rights under the law, and seek to hold terrorists and sponsors of terrorism accountable for their actions.
We fight anti-Semitism and anti-Israel bias in the media and on college campuses.
We strive to enforce existing law and also to create new law in order to safeguard the rights of the Jewish people in the United States and Israel.
Our Mission
ZOA STATEMENT
The ZOA speaks out for Israel – in reports, newsletters, and other publications. In speeches in synagogues, churches, and community events, in high schools and colleges from coast to coast. In e-mail action alerts. In op-eds and letters to the editor. In radio and television appearances by ZOA leaders. Always on the front lines of pro-Israel activism, ZOA has made its mark.
Related Articles
OP-ED ZOA Praises ADL, AJC Call For Further Review of Hagel’s Record – AIPAC & Others Silent