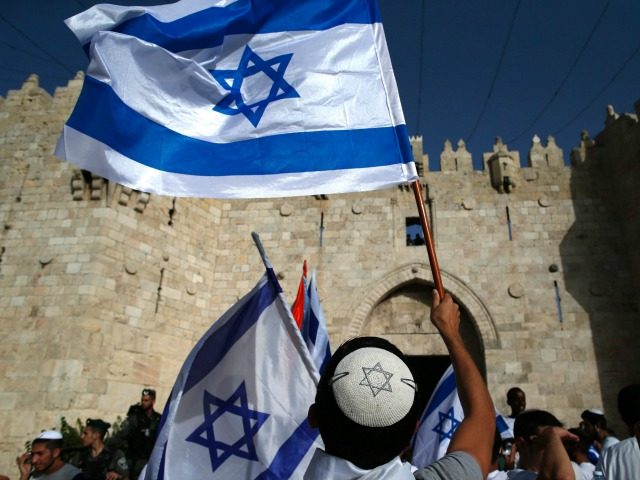 November 29, 1947 — seventy years ago today — was a momentous day in Jewish history. Jews throughout the world sat glued to their radios, listening as the United Nations General Assembly voted for UNGA Resolution 181 (often referred to as the “partition resolution”).

The Jewish community celebrated the resolution’s passage, for it confirmed that Britain would soon depart from Israel and Britain would no longer be able to prevent Jewish immigration. On the other hand, the Arabs rejected the resolution’s recommendations, even though those recommendations – if the Arabs had agreed to them at that time – would have given the Arabs far more than they were legally entitled to under internationally binding law.

Instead, six Arab States promptly went to war to destroy the Jewish State when it declared its independence six months later, In May 1948.

Fast forward seventy years, and many of us have forgotten exactly what UNGA Resolution 181 did, and what it did not do. As we celebrate the positives, it’s time to clear up some of those misconceptions.

Britain’s Departure from Israel:  First, the resolution confirmed that colonial Britain – the trustee of the “British Mandate for Palestine” – would soon depart from Israel.  This was worth celebrating and of utmost importance,  because Britain had illegally slammed the Jewish homeland’s doors shut to Jewish immigration before and during the Holocaust, condemning millions of Jews to death. It was also blockading and preventing the remnant of European Jewry who had survived the horrors of the Holocaust from immigrating into Israel.  Commencing in 1946, Britain imprisoned in detention camps in Cyprus, under harsh conditions, some 52,000 surviving Jews who attempted to enter the Jewish homeland.  (See “Cyprus Detention Campus,” Yad Vashem Resource Center.)  Resolution 181 meant that finally, Holocaust survivors still stuck in Europe, or incarcerated by the British in Cyprus, and the 850,000 Jews fleeing from pogroms in Arab lands, would be able to join the 600,000 Jews in Israel.

UNGA Resolution 181’s preamble “[t]akes note of the declaration by the mandatory Power [Britain] that it plans to complete its evacuation of Palestine by 1 August 1948.”  In addition, the recommended partition plan states, in pertinent part, that:

The Jewish People’s Legal Right to Israel Was Established Prior to UNGA Resolution 181:  The Jewish people’s legal right to reconstitute the Jewish homeland (state) in Israel was established by internationally binding treaties enacted at the end of World War I, when the Ottoman Empire (which ruled the area for the previous 400 years) lost and relinquished its rights to territories in much of the Middle East.  These documents include the San Remo Resolution, incorporated into the Treaty of Sèvres (1920); the Mandate for Palestine (1922) confirmed by all 52 nations of the League of Nations – which designated all of present-day Israel plus present-day Jordan for the Jewish homeland; and the Anglo-American Treaty of 1924 (confirming the Mandate).  The mandates designated other areas of the Middle East (Syria, Iraq, etc.) for the Arabs. Well-established legal doctrine (uti posseditis juris) also confirms Israel’s right to the full mandatory area.

Britain subsequently carved off 78% of the area designated for the Jewish homeland to establish Transjordan (now Jordan).

Israel’s legal foundation under international law derives not from the 1947 Partition Resolution, which was merely a non-binding recommendation without any force of law, but rather from the San Remo Resolution of April 25, 1920.

An international undertaking was given to the Jewish people some thirty years agoin the Balfour Declaration and in the Mandate for Palestine, to reconstitute our national home in our ancient homeland. This undertaking originated with the British people and the British Government. It wassupported and confirmed by 52 nations, and embodied in an international instrument known as the Mandate for Palestine. The Charter of the United Nations seeks to maintain “justice and respect for the obligations arising from treaties and other sources of international law”.  Is it too presumptuous on our part to expect that the United Nations will see that obligations to the Jewish people too are respected and faithfully carried out in the spirit and the letter? (Statement of David Ben Gurion, Memoranda and Statements Presented by The Jewish Agency for Palestine to the United Nations Special Committee on Palestine, 1947.)

There is a widespread misconception . . . that the State of Israel derives its legal existence from the United Nations General Assembly Resolution 181 (II) of November 29, 1947, popularly known as the Partition Resolution. . . .

Israel’s legal foundation under international law derives not from the 1947 Partition Resolution, which was merely a non-binding recommendation without any force of law, but rather from the San Remo Resolution of April 25, 1920. The latter did have the force of law upon its being incorporated first in the Treaty of Sèvres of August 10, 1920 and then in the first three recitals of the Preamble of the Mandate for Palestine, which was confirmed by the 52 states, all members of the League of Nations, in 1922 and separately by the United States in a 1924 treaty with the United Kingdom. (“Misconceptions Regarding Israel’s Legal Foundation Under International Law,” by Howard Grief.)

The General Assembly . . . recommends to the United Kingdom, as the mandatory Power for Palestine, and to all other Members of the United Nations the adoption and implementation, with regard to the future government of Palestine, of the Plan of Partition with Economic Union set out below. . .

. . . the Partition Resolution actually contradicted both the letter and the spirit of the San Remo Resolution, in that the former illegally allotted a substantial portion of Western Palestine for the establishment of an Arab state, territory which the San Remo Resolution had earmarked, on the basis of the historical/biblical formula for determining Palestine’s boundaries for the Jewish National Home and the future independent Jewish State. Furthermore, under the San Remo Resolution the Arabs were generously awarded all the land they needed for their own state or states in the rest of the Middle East or Levant.

Nonetheless, out of desperation, the Jewish Agency in Israel was willing to accept partition due to the urgent needs of the Jews incarcerated in Cyprus, languishing in displaced persons camps in Europe, and in danger of being slaughtered in Arab countries.

Thus, when UNSCOP questioned him about the concept of partition, David Ben Gurion responded that the Jewish Agency “will be ready to consider the question of a Jewish State in an adequate area of Palestine,” while still making it clear that “we are entitled to Palestine as a whole.”

Scholar Howard Grief likewise noted that due to desperate situation of world Jewry at the time (original emphasis):

Notably, under UNGA Resolution 181’s own terms, Jerusalem would have become part of Israel 60 years ago.  UNGA Resolution 181 stated that the recommended “corpus separatum” special regime would merely be for a very limited time period – and would then be subject to a referendum vote by Jerusalem’s residents.  Because Jerusalem has been a majority Jewish city since the 1800s, a vote of Jerusalem’s residents would have made Jerusalem part of Israel.

(UNGA Resolution 181 recommended that the special regime for Jerusalem “shall remain in force in the first instance for a period of ten years” or could be re-examined at an even “earlier date,” and that “The residents of the City shall be then free to express by means of a referendum their wishes as to possible modifications of the regime of the City.”)

These arguments by anti-Israel propagandists ignore that UNGA Resolution 181’s partition plan (including the “corpus separatum”) was a mere non-binding recommendation, rejected by the Arabs, and is null and void. Israel’s rights to all of her land including Jerusalem and Judea/Samaria were guaranteed by still valid provisions of preceding legally binding treaties.

Morton A. Klein is President of the Zionist Organization of America (ZOA).

We would love to hear from you! Please fill out this form and we will get in touch with you shortly.
Trending Z
News November 30, 2017
ZOA Condemns U.S. State Dept. & U.S. Amb. Nides For Siding with Antisemitic, Discriminatory Palestinian & Hamas Terrorists re: the Temple Mount, Violating Jews’ Religious Freedom
Uncategorized November 30, 2017
FLASH: ISRAEL-JORDAN PEACE TREATY (1994) GUARANTEES JEWS ACCESS TO THE TEMPLE MOUNT – LET MY PEOPLE PRAY
Uncategorized November 30, 2017
ZOA Analysis: Most American Rabbis Who Are Boycotting Some Israeli Ministers Are From Extremist Left Wing Groups (J Street; T’ruah; JVP)
Uncategorized November 30, 2017
Israel’s “Right of Return” Grandparent Clause is De-Judaizing the Jewish State – Eliminate It
Center for Law & Justice
We work to educate the American public and Congress about legal issues in order to advance the interests of Israel and the Jewish people.
We assist American victims of terrorism in vindicating their rights under the law, and seek to hold terrorists and sponsors of terrorism accountable for their actions.
We fight anti-Semitism and anti-Israel bias in the media and on college campuses.
We strive to enforce existing law and also to create new law in order to safeguard the rights of the Jewish people in the United States and Israel.
Our Mission
ZOA STATEMENT
The ZOA speaks out for Israel – in reports, newsletters, and other publications. In speeches in synagogues, churches, and community events, in high schools and colleges from coast to coast. In e-mail action alerts. In op-eds and letters to the editor. In radio and television appearances by ZOA leaders. Always on the front lines of pro-Israel activism, ZOA has made its mark.
Related Articles
OP-ED Egypt’s Morsi: “We Must Not Forget To Nurse Our Children And Grandchildren On Hatred Towards Zionists And Jews,” The “Descendants Of Apes and Pigs”