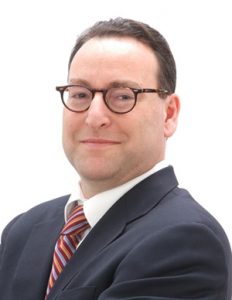 With his long history of public service, Kenneth Marcus is uniquely qualified to head the Office for Civil Rights and carry out its mission.  Mr. Marcus served as the deputy assistant secretary for fair housing and equal opportunity in the Department of Housing and Urban Development.  From 2003 to 2004, he was delegated the authority of Assistant Secretary for Civil Rights in the U.S. Department of Education.  From 2004 to 2008, he was staff director of the U.S. Commission on Civil Rights.  While serving in these positions, Mr. Marcus defended and protected the civil rights of Jews, Muslims, Sikhs, the disabled, women and other communities.

Anti-Israel extremists have unfairly smeared Mr. Marcus as anti-Palestinian and anti-Muslim, even though there is nothing in his record to support that false accusation.  Indeed, when he was delegated the authority of Assistant Secretary for Civil Rights, Mr. Marcus issued crucial new guidance in 2004 which clarified that the Office for Civil Rights would protect the rights of ethnic groups that also share a religious faith.  This policy, issued under Mr. Marcus’ leadership, afforded important new legal protections to Muslim, Sikh and Jewish students.

Morton A. Klein, the ZOA’s National President, and Susan B. Tuchman, Esq., the director of the ZOA’s Center for Law and Justice, praised Kenneth Marcus’ nomination and urged his confirmation:  “Kenneth Marcus has a strong record of standing up for the civil rights of many communities, including Jews.  The anti-Israel groups that are trying to distort and tarnish his record have a history of minimizing and denying the anti-Semitism that many Jewish students face on their college campuses, and a history of opposing the enforcement of our civil rights laws to protect Jewish students from harassment and discrimination.  These groups do not want someone at the helm of the Office for Civil Rights who, like Ken Marcus, appreciates that campus anti-Semitism is a longstanding serious problem, that anti-Semitism can often be masked as anti-Israelism and anti-Zionism, and that Jewish students’ civil rights deserve the same legal protection afforded to other ethnic and racial groups.

“We are confident that Mr. Marcus will stand up strongly for the legal rights of Jews and of every other community that faces harassment and discrimination.  He is an excellent choice for the position of Assistant Secretary for Civil Rights and we urge that his nomination be confirmed.

“Mr. Marcus’ confirmation hearing is scheduled for tomorrow, December 5, 2017.  Please contact your Senator today and urge support for his nomination.  Let your Senator that we need someone to lead the Office for Civil Rights who will strongly defend the civil rights of Jewish students and others who face discrimination.  Kenneth Marcus is the right person for this important position.”

We would love to hear from you! Please fill out this form and we will get in touch with you shortly.
Trending Z
News December 4, 2017
New Biden Nominees Opposed Abraham Accords & Involved in Israeli Election Interference
Uncategorized December 4, 2017
ZOA Letter to DOJ & FBI on New “Mapping Project” Antisemitic Threat by ZOA Pres. Morton Klein, Dir. of Research/Special Projects Liz Berney, Esq., Dir. Center for Law & Justice Susan Tuchman, Esq.
Op-Ed December 4, 2017
ZOA’s Mort Klein JPost Op-Ed: BDS Mapping Project Targets Every Jew, Including Left Wing, Israelophobic Jews
News December 4, 2017
U.S. Senators Criticize Tamara Wittes, Biden Nominee’s Anti-Israel Bias ― Jewish Groups are Deafeningly Silent
Center for Law & Justice
We work to educate the American public and Congress about legal issues in order to advance the interests of Israel and the Jewish people.
We assist American victims of terrorism in vindicating their rights under the law, and seek to hold terrorists and sponsors of terrorism accountable for their actions.
We fight anti-Semitism and anti-Israel bias in the media and on college campuses.
We strive to enforce existing law and also to create new law in order to safeguard the rights of the Jewish people in the United States and Israel.
Our Mission
ZOA STATEMENT
The ZOA speaks out for Israel – in reports, newsletters, and other publications. In speeches in synagogues, churches, and community events, in high schools and colleges from coast to coast. In e-mail action alerts. In op-eds and letters to the editor. In radio and television appearances by ZOA leaders. Always on the front lines of pro-Israel activism, ZOA has made its mark.
Related Articles
OP-ED Protest Opening Night of Met’s Anti-Semitic Opera Monday, 6PM, Oct. 20