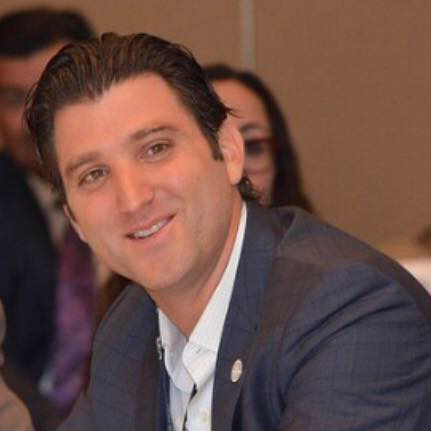 Bal Harbour Mayor Gabriel Groisman describes the support he’s received from the South Florida community regarding the recent passage of the village’s anti-Semitism definition ordinance, which expands police officers’ ability to investigate such anti-Semitic incidents as hate crimes, as overwhelming.

This ordinance was passed unanimously by the Bal Harbour Village Council on Dec. 13 and went into law immediately upon passage. The ordinance directs officers to the U.S. State Department‘s 2010 definition of anti-Semitism but allows discretion in determining whether a crime qualifies as a hate incident.

“Bal Harbour Village plainly understands that in order to effectively combat anti-Semitism, a clear definition of anti-Semitism is essential. This ordinance will give law enforcement an important tool in investigating crimes and determining when an anti-Semitic act is committed and be classified as a hate crime.” – Sharona Whisler, ZOA Florida Executive Director

“I applaud the Bal Harbour Village Council for standing with me and supporting the passage of this historic ordinance,” Groisman, who pushed the measure, said. “This ordinance protects the interests of our residents by providing our law enforcement officers a clear definition of anti-Semitism, thereby helping to ascertain the intent of persons who engage in unlawful activities, such as assault or vandalism.”

Groisman thanks Congressman Alan Clemmons of the South Carolina House of Representatives, Joseph Sabag from Israel Allies Foundation and Kenneth Marcus from the Louis D. Brandeis Center, amongst others, for providing useful research, policy and support in making this ordinance happen. He also thanks U.S. Reps Carlos Curbelo (R-Miami), Ileana Ros-Lehtinen (R-Miami) and Debbie Wasserman Schultz (D-Weston) for providing public letters of support of this ordinance to the council.

Jewish organizations have also supported and applauded the village in this ordinance.

“This definition recognizes the reality that anti-Semitism today takes many forms and that sometimes, criticism of Israel crosses the line into anti-Semitism,” Whisler continued. “Bal Harbour Village plainly understands that in order to effectively combat anti-Semitism, a clear definition of anti-Semitism is essential. This ordinance will give law enforcement an important tool in investigating crimes and determining when an anti-Semitic act is committed and be classified as a hate crime.”

Whisler continued, “Each one of us has a role in fighting against bigotry and Jew-hatred.

Sara Gold Rafel, StandWithUs/ Southeast’s executive director, noted, “Up to now, when people committed crimes against Jews, it was not clear if it was anti-Semitism.

This new ordinance, by defining anti-Semitism, makes it easier for police departments to prosecute hate crimes. StandWithUs Southeast works with universities and now campus security and police can consider this definition when investigating crimes, consistent with the federal and state hate crime statutes. We congratulate Mayor Groisman and Bal Harbour for taking the lead on this important civil rights issue.”

Two years ago, Groisman wrote and supported a similar ordinance that barred the village from contracting with any businesses engaged in anti-Israel boycotts.

“Bal Harbour was the first municipality to pass an anti-BDS [boycott, divestment and sanction] ordinance in the country, and now we are the first government in the country to codify this definition of anti-Semitism to assist law enforcement,” Groisman noted. “This shows that our small municipality has a sustained commitment to leading the nation in fighting hate and bigotry.”

Groisman noted there have been attempts in the past to codify a definition for anti-Semitism, most recently in South Carolina.

“A similar bill passed in one of their houses of Congress but was then filibustered. They were never ever to vote on it.”

Groisman feels passage of this ordinance will pave the way for similar ones to pass in other government entities.

“Many times, governments and elected officials need somebody to go first before thy have the courage to go forward with something new and I think this will be the wind behind the backs of other elected officials around the country looking to pass similar laws in their government.”

Groisman noted that he is glad neighboring cities Miami Beach, Surfside, Sunny Isles Beach and North Miami, as well as other cities across the country, have all followed Bal Harbour’s lead and are moving forward with similar ordinances and resolutions.

The original article was posted in the Jewish Journal of the South Florida Sun-Sentinel and can be found here.

We would love to hear from you! Please fill out this form and we will get in touch with you shortly.
Trending Z
News January 4, 2018
New Biden Nominees Opposed Abraham Accords & Involved in Israeli Election Interference
Uncategorized January 4, 2018
ZOA Letter to DOJ & FBI on New “Mapping Project” Antisemitic Threat by ZOA Pres. Morton Klein, Dir. of Research/Special Projects Liz Berney, Esq., Dir. Center for Law & Justice Susan Tuchman, Esq.
News January 4, 2018
ZOA’s Condemnation of Black Lives Matter Defended by JNS’ Tobin: Jews Supporting BLM Empowered Antisemitism
Op-Ed January 4, 2018
ZOA’s Mort Klein JPost Op-Ed: BDS Mapping Project Targets Every Jew, Including Left Wing, Israelophobic Jews
Center for Law & Justice
We work to educate the American public and Congress about legal issues in order to advance the interests of Israel and the Jewish people.
We assist American victims of terrorism in vindicating their rights under the law, and seek to hold terrorists and sponsors of terrorism accountable for their actions.
We fight anti-Semitism and anti-Israel bias in the media and on college campuses.
We strive to enforce existing law and also to create new law in order to safeguard the rights of the Jewish people in the United States and Israel.
Our Mission
ZOA STATEMENT
The ZOA speaks out for Israel – in reports, newsletters, and other publications. In speeches in synagogues, churches, and community events, in high schools and colleges from coast to coast. In e-mail action alerts. In op-eds and letters to the editor. In radio and television appearances by ZOA leaders. Always on the front lines of pro-Israel activism, ZOA has made its mark.
Related Articles
OP-ED BY: Michael Cooper NY Times Quotes ZOA’s Mort Klein about Anti-Israel, Anti-Semitic “Klinghoffer” Opera

De Blasio and Giuliani Speak Out on Met’s ‘Klinghoffer’ as Protests Loom OCT. 20, 2014 As the Metropolitan Opera prepared to give its first performance of John Adams’s 1991 opera “The Death of Klinghoffer” on Monday night, the police got ready for a protest outside the opera house, security was heightened inside, and the debate […]