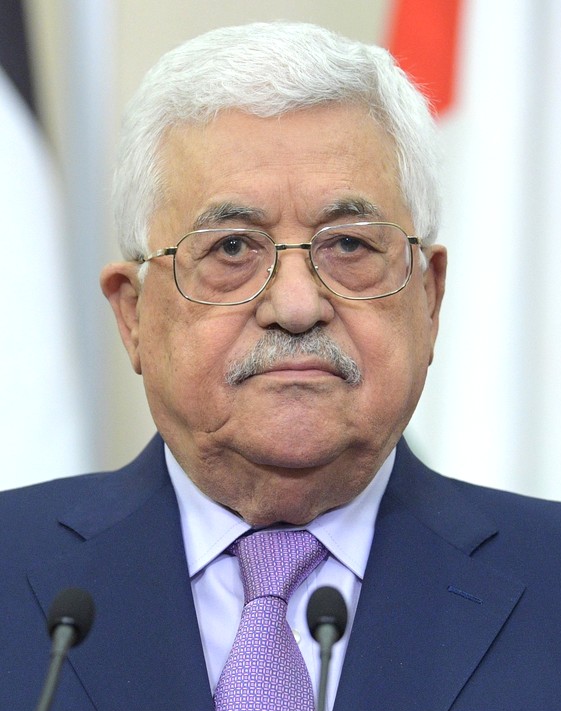 The Zionist Organization of America (ZOA) has noted that Mahmoud Abbas’ Palestinian Authority (PA), despite President Donald Trump’s calls last year to cease its incitement to hatred and murder against Israel, is continuing its anti-peace, pro-terror policies, such as continuing to produce maps, atlases, plaques and diagrams that depict ‘Palestine’ as encompassing all of Israel, which is recognized or mentioned nowhere.

The PA National Security Forces and PA Ministry of Education are still issuing honorary plaques with a PA map that eliminates the existence of the Jewish State. In mid-January, the District Governor of Ramallah and El-Bireh Laila Ghannam received a plaque like this depicting the PA’s Israel-free version of Palestinian borders. Similarly, at a ceremony honoring students in Shechem (Nablus), PA Minister of Education and Higher Education Dr. Sabri Saidam posed with an honorary plaque featuring the PA map of Palestine.

The PA Ministry of Education also honored a school principal with a framed version of the PA’s ‘Palestine.’ The word ‘Palestine’ is written in English on the plaque, which also shows the Palestinian flag, the Dome of the Rock, and the Al-Aqsa Mosque in Jerusalem.

We see in the on-going pro-terror, anti-peace words and deeds of Mahmoud Abbas’ PA the clearest indication possible that it intends to remain the terrorism-promoting entity it has been since its inception in 1994.

PA leaders and institutions continuously use plaques such as these that visually deny Israel’s entire existence and right to exist. PA and Fatah officials, such as Secretary of the Fatah Central Committee Jibril Rajoub, routinely appear with this PA map presenting all of Israel as ‘Palestine.’ Likewise, this message is taught to children on official PA TV, as it was in this song that presents the Israeli cities Jaffa, Haifa, Safed, Tiberias, and Acre as being in “my country Palestine,” which mentions such Israeli cities as Jaffa, Ramle, Safed, Tiberias, Acre, Haifa, Nazareth, Beit Shean, and Be’er Sheva as being located in ‘Palestine’ (‘Fatah official presents all of Israel as “Palestine”,’ Palestinian Media Watch (PMW) bulletin).

ZOA National President Morton A. Klein said, “We see in the on-going pro-terror, anti-peace words and deeds of Mahmoud Abbas’ PA the clearest indication possible that it intends to remain the terrorism-promoting entity it has been since its inception in 1994.

“Consider: the PA has been called upon by the US President to cease honoring terrorists, glorifying terrorist acts and paying salaries and stipends to terrorists and their families. Yet, Abbas and the PA openly, proudly, and publicly refuse to do any of these things, and as the examples we’ve provided show, continue to promote terrorism.

“There can no longer be any doubt, no question mark hanging over the matter. It is clear that Abbas and the PA are dedicated to eliminating Israel and keeping alive the conflict with her into the indefinite future.

“It is now time for the whole world to draw the only possible and appropriate conclusion which is to cease supporting the PA, financially and diplomatically.

We would love to hear from you! Please fill out this form and we will get in touch with you shortly.
Trending Z
Uncategorized February 7, 2018
ZOA Analysis: Most American Rabbis Who Are Boycotting Some Israeli Ministers Are From Extremist Left Wing Groups (J Street; T’ruah; JVP)
Uncategorized February 7, 2018
ZOA: Israel’s Reasonable Judicial Reform Proposals Are Good for Democracy, the Rule of Law and the Economy
Uncategorized February 7, 2018
Israel’s “Right of Return” Grandparent Clause is De-Judaizing the Jewish State – Eliminate It
News February 7, 2018
ZOA is Disappointed, Offended and Frightened by 211 U.S. House Votes Supporting Jew-Hating, Israel-Hating Rep. Ilhan Omar
Center for Law & Justice
We work to educate the American public and Congress about legal issues in order to advance the interests of Israel and the Jewish people.
We assist American victims of terrorism in vindicating their rights under the law, and seek to hold terrorists and sponsors of terrorism accountable for their actions.
We fight anti-Semitism and anti-Israel bias in the media and on college campuses.
We strive to enforce existing law and also to create new law in order to safeguard the rights of the Jewish people in the United States and Israel.
Our Mission
ZOA STATEMENT
The ZOA speaks out for Israel – in reports, newsletters, and other publications. In speeches in synagogues, churches, and community events, in high schools and colleges from coast to coast. In e-mail action alerts. In op-eds and letters to the editor. In radio and television appearances by ZOA leaders. Always on the front lines of pro-Israel activism, ZOA has made its mark.
Related Articles
OP-ED Hearings Reveal More Hagel Horrors – U.S. Is “World’s Bully, Israel is War Criminal and Committed “Sickening Slaughter”