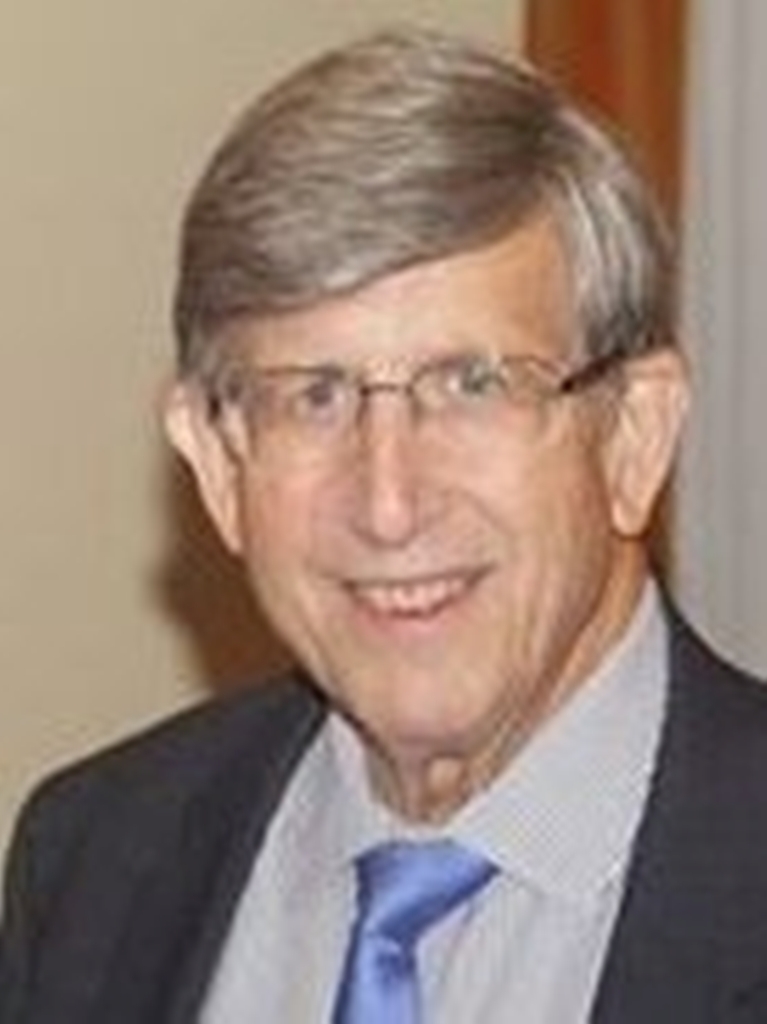 ZOA strongly mourns the passing of a longtime friend, member of the Zionist Organization of America’s National Board, and great pro-Israel activist Congressman Jon Fox (R-PA). U.S. Congressman Fox served as a member of the U.S. House of Representatives from 1995-1999. Prior to that he was a member of the Montgomery County Board of Commissioners (1992-1955) and a member of the Pennsylvania House of Representatives (1985-1992). He also served in the U.S. Air Force Reserve. He also served as an Assistant District Attorney from 1976-1984. Recently Jon worked as a criminal defense lawyer in private practice. Survivors include his wife, Judi, a son, Will, a sister, Caren, and a brother, Lawrence, to whom we offer our sincerest and heartfelt condolences.

ZOA President Morton A. Klein writes, “Jon was a dear personal friend from the time he served in the U.S. Congress. There was nothing, absolutely nothing Jon wouldn’t do to promote strong U.S.–Israel relations and Israel’s safety and security. I’ve never met anyone as devoted to the U.S., Israel and ZOA as Jon Fox. Anything I ever asked of Jon he did readily and happily. He was always effusively respectful, praiseworthy and deeply appreciative of his friends as they were of him. He was an absolute joy to spend time with.”

A champion of Israel, the Jewish community and human rights, Fox spoke out strongly for victims of Palestinian-Arab terrorism. In 1998 Fox introduced House Concurrent Resolution 220 “Regarding American victims of terrorism.” The measure passed 406-0. The resolution read in part:

“Whereas the traditional policy of the United States, reiterated by this Administration, has been to vigorously pursue and apprehend terrorists who have killed American citizens in other countries;

Whereas numerous American citizens have been killed by Palestinian terrorists, most of them in Israel or the Israeli administered territories, including 9 since the signing of the Oslo Accords in 1993,  . . . it is the sense of the Congress that–

(1) the United States should demand the prosecution of all suspected perpetrators of these attacks against United States citizens;

(2) the United States should seek the cooperation of the Palestinian Authority and all other appropriate authorities in the prosecution of these cases; and

(3) the suspects should be tried in the United States unless it is determined that such action is contrary to effective prosecution.”

In support of another piece of Legislation in 1996, Fox said on the House floor about Israel: “We here in America will show our support in every way possible, whether it is economic, humanitarian, in any way that Israel needs our help. It is our strongest ally in the Middle East, and a democracy that is so important to this country and the world’s peace. We must be there to help them.”

In 1997, Fox took to the House floor again following a Palestinian-Arab bomb attack against Israeli civilians to say: “The failure again, Mr. Speaker, of the Palestinian Authority to contain terror and to work with Israeli authorities to maintain security for Israeli citizens is written in blood again of 13 bodies of today’s attack. The use of terrorism as a tool to win concessions from the Israeli Government is unacceptable and it must be stopped.  Mr. Speaker, we call on the Palestinian community to condemn this horrific attack and continued use of terrorism in the strongest terms.”

In 1995, when the Jerusalem Embassy Relocation Act was debated in the House before eventually coming law, Fox said on the House floor: “In every other country across the world, the United States has its Embassy in the capital of the country; not so, of course, in Israel. This will send a clear signal to everyone around the world that we regard Israel as one of the most important allies we have, a country that has stood the test of time in its restraint during recent conflicts, not that long ago in the Middle East, a country that is the only democracy in the Middle East, a country that has been America’s best friend. There is no better substantive or symbolic item that I think could come before this Congress today than to have us approve the legislation.”

Fox also used his position to rail against the transfer of missile technology from Russia to Iran in 1997: “Mr. Speaker, we in the House are persuaded that missile transfers from Russia to Iran pose a great threat to the United States and to our allies in the Middle East and Europe. We are especially troubled by reports we received to the effect that Iran is only 9 to 12 months away from achieving an indigenous missile capacity. We welcome the efforts undertaken with Russia to resolve this problem, but we cannot ignore the reports that we received that since Ambassador Wisner went to work on this problem, the pace of Russian transfers to Iran has increased rather than decreased. At this stage, we therefore feel compelled to act on this matter.  Our legislation is based on a slightly different philosophy than the administration’s diplomatic efforts. We are not seeking to coerce the Russian Government to do anything. Rather, we target our sanctions on the Russian entities that are making missile transfers to Iran. Most of these entities are interested in future business dealings with the United States, particularly in the area of aerospace cooperation. The point of our legislation is to tell these entities in no uncertain terms that continued dealings with Iran will be fatal to any future cooperation with the United States.”

In 1995, Fox introduced the State-Sponsored Terrorism Responsibility Act, which later became part of other legislation the following year. He had this to say about the measure on the House floor: “I rise in support of the foreign sovereign immunity amendments contained in this legislation. We must make foreign state sponsors of terrorism responsible for their actions. Recent events make clear now more than ever the grave threat posed by international terrorism to the interests of the United States at home and abroad. Outlaw states continue to serve as sponsors and promoters of this reprehensible activity, providing safe haven, training, weapons, and other support to terrorists. Terrorists are responsible for the deaths of our citizens and other innocent civilians in senseless acts of violence and the destruction of property throughout the world. You will recall, with horror and profound grief, the murders aboard the Achille Lauro cruise liner, the bombing of Pan AM Flight 103, the World Trade Center bombing and the four recent bombings in the State of Israel. The list of other such shameful and cowardly acts is endless.

“In addition to the horrible human and economic costs of terrorism, it is also a serious attack on United States foreign policy across the globe. Terrorist acts create instability, detract from our efforts to secure peace, and directly assault the United States and our closest allies.  We cannot tolerate support for terrorism from foreign governments. No member of the community of nations should condone or assist such reprehensible violence. And no foreign state should be able to hide behind its immunity as a sovereign government to avoid having to pay the consequences of supporting terrorism. …

“We must make a clear statement that support for terrorism is unacceptable in the international community. Allowing lawsuits against nations which aid terrorists will allow us to increase the pressure against these outlaw states which would deprive our citizens, our Nation, and our allies of their freedom and safety.”

May his family be comforted among the mourners of Zion and Jerusalem.

We would love to hear from you! Please fill out this form and we will get in touch with you shortly.
Trending Z
News February 12, 2018
ZOA Deplores that Pres. Trump Dined with Jew-Haters Kanye West & Nick Fuentes, and Demands he Condemn Them
Uncategorized February 12, 2018
ZOA Honors Trump With Rarely Given Herzl Award for His Great Pro-Israel Work – Joins Ranks of Balfour, Truman, Begin, Meir, Ben-Gurion
News February 12, 2018
ZOA Responds to Questions About Pres. Trump, Kanye West, Fuentes, etc. Issue
Uncategorized February 12, 2018
Zionist Organization of America Honors Donald Trump for Support for Israel, Jewish Community
Center for Law & Justice
We work to educate the American public and Congress about legal issues in order to advance the interests of Israel and the Jewish people.
We assist American victims of terrorism in vindicating their rights under the law, and seek to hold terrorists and sponsors of terrorism accountable for their actions.
We fight anti-Semitism and anti-Israel bias in the media and on college campuses.
We strive to enforce existing law and also to create new law in order to safeguard the rights of the Jewish people in the United States and Israel.
Our Mission
ZOA STATEMENT
The ZOA speaks out for Israel – in reports, newsletters, and other publications. In speeches in synagogues, churches, and community events, in high schools and colleges from coast to coast. In e-mail action alerts. In op-eds and letters to the editor. In radio and television appearances by ZOA leaders. Always on the front lines of pro-Israel activism, ZOA has made its mark.
Related Articles
OP-ED BY: ZOA Staff ZOA Condemns UNESCO’s Res. Calling Jewish Tomb of Patriarchs & Rachel’s Tomb Muslim Sites

The Zionist Organization of America (ZOA) has condemned the sinister UNESCO resolution declaring the Tomb of the Patriarchs in Hebron and Rachel’s Tomb in Bethlehem to be Muslim sites, while making no mention of these being Jewish sites. The UNESCO resolution called both sites “an integral part of Palestine.” This is a very dangerous and frightening development […]

Zionist Organization of America (ZOA) President Morton A. Klein released the following statement: Much of the Muslim world has an extraordinary sometimes lethal hatred of LGBT people. That’s why in January (2016), the very first sentence of a ZOA Op-Ed in the Jewish Exponent stated:  “Syrian immigrants pose a grave danger to all Americans – […]