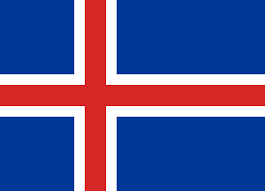 The Zionist Organization of America (ZOA) is appalled by the bill put forward in the Althing, the Icelandic parliament, which would ban brit mila (Jewish ritual circumcision) in the country. The law, proposed by eight members of the country’s 63-seat parliament, including members from the the Progressive Party (the junior coalition partner in the incumbent government) and a number of opposition parties (the Pirate Party, the Left-Green Movement, and the People’s Party), seeks to criminalize circumcision of male boys under the age of 18, rendering traditional Jewish ritual circumcision at the age of eight days impossible.

There is no good reason to ban circumcision….Medical studies over the years have found that it causes no harm to those who undergo it….Any legislation that bans the practice is essentially saying to Jews –– ‘You are not welcome in this country’.

Scandinavian Jewish leaders have slammed the proposed legislation, the Jewish Communities in the Nordic Countries, which represents Jewish communities in Sweden, Denmark, Norway and Finland, issuing an open letter to the country’s legislators saying that the ban would make Iceland one of the only countries in the world “to ban one of the most central, if not the most central rite in the Jewish tradition in modern times …. But it would not be the first time in the long tradition of the Jewish people. Throughout history, more than one oppressive regime has tried to suppress our people and eradicate Judaism by prohibiting our religious practices. … This letter might be perceived as meddling in Iceland’s internal affairs. And why should we care? The reason is that you are about to attack Judaism in a way that concerns Jews all over the world. If any country with next to no Christian inhabitants would ban a central rite in Christianity, like communion for instance, we are certain that the whole Christian world would react as well.”

The Jewish leaders believe that the bill, if passed, will prevent the viability of a Jewish community in the country, saying, “Banning Brit Milah will be an effective deterrent and will guarantee that no Jewish community will be established.”

European Catholic leaders have also condemned Iceland’s circumcision bill, calling it an attack on religious freedom and have urged the European Union to block the law. Iceland, which has a population of around 300,000, is home to only a few hundred Jews and Muslims, who also practice circumcision (‘Scandinavian Jewish leaders pan Iceland’s plans to ban circumcision,’ Jewish News Syndicate, February 14, 2018).

ZOA National President Morton A. Klein said, “It is a disturbing development when democratic countries can be found proposing or enacting legislation that would outlaw a major aspect of Jewish life and religious practice.

“Circumcision goes back to the covenant between G-d and Abraham in the book of Genesis. Since that time, it has been a central ritual of Jewish life, affirming the ongoing covenant in Jewish communities in every part of the world.

“There is no good reason to ban circumcision. Medical studies over the years have found that it causes no harm to those who undergo it. Indeed, certain health benefits derive form the practice. It is a fact, for example, that African tribes that practice circumcision have far lower incidence of AIDS than tribes that do not.

“Accordingly, there is no valid or compelling human rights or medical reason to enact legislation that bans the practice.

“To be absolutely clear, circumcision is not an obscure or dated Jewish ritual or a mere local custom of some Jewish communities –– it is and has been a core practice of Jewish life in every land throughout the long history of the Jewish people. Any legislation that bans the practice is essentially saying to Jews –– ‘You are not welcome in this country’ –– because Jewish life is impossible without it.

We would love to hear from you! Please fill out this form and we will get in touch with you shortly.
Trending Z
News February 21, 2018
New Biden Nominees Opposed Abraham Accords & Involved in Israeli Election Interference
Uncategorized February 21, 2018
ZOA Letter to DOJ & FBI on New “Mapping Project” Antisemitic Threat by ZOA Pres. Morton Klein, Dir. of Research/Special Projects Liz Berney, Esq., Dir. Center for Law & Justice Susan Tuchman, Esq.
Op-Ed February 21, 2018
ZOA’s Mort Klein JPost Op-Ed: BDS Mapping Project Targets Every Jew, Including Left Wing, Israelophobic Jews
News February 21, 2018
U.S. Senators Criticize Tamara Wittes, Biden Nominee’s Anti-Israel Bias ― Jewish Groups are Deafeningly Silent
Center for Law & Justice
We work to educate the American public and Congress about legal issues in order to advance the interests of Israel and the Jewish people.
We assist American victims of terrorism in vindicating their rights under the law, and seek to hold terrorists and sponsors of terrorism accountable for their actions.
We fight anti-Semitism and anti-Israel bias in the media and on college campuses.
We strive to enforce existing law and also to create new law in order to safeguard the rights of the Jewish people in the United States and Israel.
Our Mission
ZOA STATEMENT
The ZOA speaks out for Israel – in reports, newsletters, and other publications. In speeches in synagogues, churches, and community events, in high schools and colleges from coast to coast. In e-mail action alerts. In op-eds and letters to the editor. In radio and television appearances by ZOA leaders. Always on the front lines of pro-Israel activism, ZOA has made its mark.
Related Articles
OP-ED Abbas’ P.A. Continues to Promote Anti-Semitic Protocols Of The Elders Of Zion