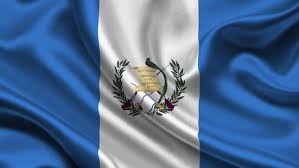 This past week, we just celebrated Purim. In the story of Purim G-d works through the hands of one individual to determine the destiny of Am Yisrael. I am pleased to share with you that one of ZOA’s activist members is one of those individuals.

This man must remain anonymous, but for months he has toiled quietly behind the scenes culminating in Sunday’s surprise announcement by Guatemala. He was the vital key in facilitating every step of their decision process to move the Guatemalan Embassy to Jerusalem — beginning with the United Nations vote supporting America’s decision, to the Christmas eve announcement of Guatemala’s intent to move the Embassy, to the proclamation by Guatemala President Jimmy Morales yesterday that he is joining the United States in moving their Embassy to Jerusalem on May 16,  2018.

This ZOA activist, who I’ve worked with for years, wrote me on Saturday night, the day before the President’s announcement saying,

“Mort, Your organization’s (ZOA’s) and your unselfish work and immediate response to producing a ZOA Action Alert phone call effort the week of December 26th, contributed to giving Guatemala’s President Morales and his government the strength to take this next giant leap to move the Guatemalan Embassy to Jerusalem on May 16, 2018. Thank you and Thank you ZOA. May G-D bless you.”

This is what ZOA does. We foster leadership and we take action! We cheer our activist member and the ZOA’s extraordinary activists and wish him and all of you a yasher koach!

We would love to hear from you! Please fill out this form and we will get in touch with you shortly.
Trending Z
News March 5, 2018
ZOA Condemns U.S. State Dept. & U.S. Amb. Nides For Siding with Antisemitic, Discriminatory Palestinian & Hamas Terrorists re: the Temple Mount, Violating Jews’ Religious Freedom
News March 5, 2018
ZOA’s Klein JPost Op-Ed: There is Nothing Extreme About Israel’s New Government
Uncategorized March 5, 2018
FLASH: ISRAEL-JORDAN PEACE TREATY (1994) GUARANTEES JEWS ACCESS TO THE TEMPLE MOUNT – LET MY PEOPLE PRAY
Uncategorized March 5, 2018
ZOA Analysis: Most American Rabbis Who Are Boycotting Some Israeli Ministers Are From Extremist Left Wing Groups (J Street; T’ruah; JVP)
Center for Law & Justice
We work to educate the American public and Congress about legal issues in order to advance the interests of Israel and the Jewish people.
We assist American victims of terrorism in vindicating their rights under the law, and seek to hold terrorists and sponsors of terrorism accountable for their actions.
We fight anti-Semitism and anti-Israel bias in the media and on college campuses.
We strive to enforce existing law and also to create new law in order to safeguard the rights of the Jewish people in the United States and Israel.
Our Mission
ZOA STATEMENT
The ZOA speaks out for Israel – in reports, newsletters, and other publications. In speeches in synagogues, churches, and community events, in high schools and colleges from coast to coast. In e-mail action alerts. In op-eds and letters to the editor. In radio and television appearances by ZOA leaders. Always on the front lines of pro-Israel activism, ZOA has made its mark.
Related Articles
OP-ED BY: ZOA ZOA Praises Obama Admin. For Walk-Out of U.S. Ambassador From Talks After Iran Accused Israel of “Genocide”