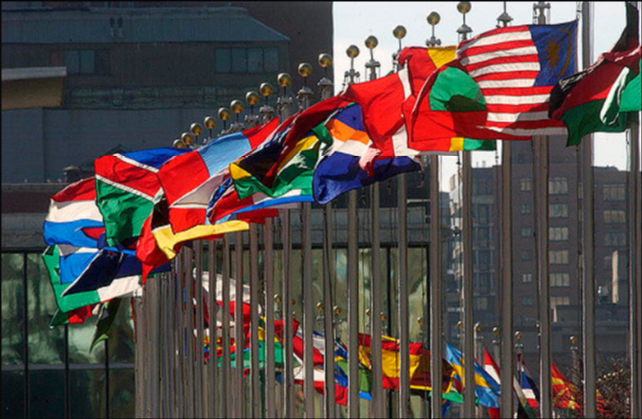 The following was released by ZOA President Morton A. Klein and Director of ZOA Center for Law and Justice Susan B. Tuchman, Esq.:

The Zionist Organization of America (ZOA) strongly criticized the position taken by the Solicitor General of the United States in Sokolow v. PLO, a lawsuit brought by American victims of terrorism in Israel against the Palestine Liberation Organization (PLO) and the Palestinian Authority (PA).  The Solicitor General’s position, representing the views of the United States, renders meaningless the Anti-Terrorism Act, a federal law that affords a crucial legal right and remedy to American victims of international terrorism.  This position hurts the American terror victims, aids and comforts terrorists, and makes them less concerned about facing consequences for their hideous actions.

The plaintiffs in Sokolow are U.S. citizens killed or injured in seven horrific terrorist attacks orchestrated or carried out between 2001 and 2004 by officers and agents of the PLO and the PA.  In 2004, the victims and their families sued the PLO and PA in the southern district of New York under the Anti-Terrorism Act (ATA).  The ATA provides a civil cause of action to U.S. nationals “injured . . . by reason of an act of international terrorism.”  18 U.S.C. § 2333(a).

More than 10 years after filing suit, the Americans’ case proceeded to trial before a jury.  In 2015, the jury found the PLO and PA liable under the ATA for perpetrating and materially supporting acts of international terrorism against U.S. citizens.  They awarded the American terror victims $218.5 million in damages, an amount automatically trebled to $655.5 million, as required by the ATA.

On appeal, the United States Court of Appeals for the Second Circuit vacated the jury verdict and instructed that the terror victims’ case be dismissed – even though the victims and their families proved at trial that the PLO and PA were responsible for executing the terrorist attacks that caused their deaths and injuries.  The Second Circuit concluded that it would violate the Fifth Amendment’s Due Process Clause to exercise personal jurisdiction over the PLO and PA, because the plaintiffs had not shown that the PLO and PA “specifically targeted” U.S. citizens or had the “specific aim” of targeting the United States.

The victims petitioned for a writ of certiorari, asking the U.S. Supreme Court to review the Second Circuit’s judgment.  The Supreme Court issued an order inviting the Solicitor General to express the views of the United States regarding the victims’ petition.

The United States has an avowed commitment to fighting international terrorism, holding terrorists accountable, and deterring future terror attacks.  Last August, for example, President Donald Trump wrote on Twitter, “Radical Islamic Terrorism must be stopped by whatever means necessary! The courts must give us back our protective rights. Have to be tough!”  Given the President’s strong stand on this issue, it would be sensible to assume that the Solicitor General would file a brief urging the Supreme Court to review the Second Circuit’s troubling decision and reinstate the judgment against the PLO and PA.

It is mystifying that the Solicitor General did exactly the opposite.  He filed a brief on behalf of the United States urging the Court to deny the terror victims’ petition for a writ of certiorari.  In effect, the United States asked the Supreme Court to leave undisturbed the Second Circuit’s decision to dismiss the victims’ case and deny them the justice they are entitled to under federal law.

This latest action by the Solicitor General – asking the Supreme Court not to review the Second Circuit’s decision to dismiss the victims’ case – is yet another indefensible affront to American terror victims and their families.  The United States has in effect assented to the jurisdictional hurdles imposed by the Second Circuit, which will prevent many if not most victims of international terrorism from suing to hold their terrorist attackers accountable.

ZOA National Board Member David Schoen, Esq. regularly represents American victims of terror and represented the plaintiffs in the Sokolow case at the pretrial stage in the trial court.  He successfully argued against the PLO/PA’s motion challenging the jurisdiction of U.S. courts to hear this case under the ATA.  Schoen also filed an amicus brief for the Restoring Religious Freedom Project at Emory University in support of the victims, urging the Supreme Court to hear the case.

Schoen stated, “It is both shocking and sad that the Solicitor General has taken a position in this case that supports the untenable position of terrorists and that, if successful, will deny justice to the many American families who are suffering through tremendous tragedy as a result of the terrorism perpetrated and supported directly by the PLO and PA.  This is exactly what the ATA was intended to address.  The Solicitor General’s position is a slap in the face to the many members of Congress who wrote to the Solicitor General urging him to support Supreme Court review of the Second Circuit’s decision.  In addition to these bipartisan letters, many Democratic and Republican members of the House and Senate filed amicus briefs, urging the Court to review the Second Circuit’s decision because it nullifies the ATA’s goals to afford terror victims a much-needed legal remedy and to deter international terrorism.”

ZOA National President Morton A. Klein, ZOA National Board Member Clifford A. Rieders, Esq., and ZOA’s Center for Law and Justice Director Susan B. Tuchman, Esq. also expressed their dismay:  “As the Solicitor General knows, few if any terror victims will ever be able to satisfy the Second Circuit’s jurisdictional requirements.  They will not be able to show that U.S. citizens or the U.S. were the specific targets of terrorism overseas – nor should they have to.  Terrorists do not typically target their victims by nationality.  They are rarely available to testify in U.S. lawsuits to describe their targets or aims.  The goal of terrorists is to kill as many people as possible, including Americans.

“The Solicitor General has sent an unacceptable message from the United States to the PLO, the PA and other groups responsible for perpetrating and materially supporting terrorism against American citizens:  You can kill and maim Americans overseas and we, the United States government, will make it harder, not easier, for victims to go after you and hold you responsible.  It is incomprehensible and deeply disheartening that the United States is not doing everything it can and should be doing to fight international terrorism, support American terror victims, and deter future terrorist attacks against innocent U.S. citizens.”

We would love to hear from you! Please fill out this form and we will get in touch with you shortly.
Trending Z
Uncategorized March 7, 2018
FLASH: ISRAEL-JORDAN PEACE TREATY (1994) GUARANTEES JEWS ACCESS TO THE TEMPLE MOUNT – LET MY PEOPLE PRAY
Uncategorized March 7, 2018
ZOA Analysis: Most American Rabbis Who Are Boycotting Some Israeli Ministers Are From Extremist Left Wing Groups (J Street; T’ruah; JVP)
Uncategorized March 7, 2018
Israel’s “Right of Return” Grandparent Clause is De-Judaizing the Jewish State – Eliminate It
Uncategorized March 7, 2018
Exclusive: ZOA Accuses Ilhan Omar of Hating the U.S. ‘as Much as Israel,’ Lauds Kevin McCarthy for ‘Throwing Her Off the HFAC’
Center for Law & Justice
We work to educate the American public and Congress about legal issues in order to advance the interests of Israel and the Jewish people.
We assist American victims of terrorism in vindicating their rights under the law, and seek to hold terrorists and sponsors of terrorism accountable for their actions.
We fight anti-Semitism and anti-Israel bias in the media and on college campuses.
We strive to enforce existing law and also to create new law in order to safeguard the rights of the Jewish people in the United States and Israel.
Our Mission
ZOA STATEMENT
The ZOA speaks out for Israel – in reports, newsletters, and other publications. In speeches in synagogues, churches, and community events, in high schools and colleges from coast to coast. In e-mail action alerts. In op-eds and letters to the editor. In radio and television appearances by ZOA leaders. Always on the front lines of pro-Israel activism, ZOA has made its mark.
Related Articles
OP-ED Fmr. Secy. Colin Powell: Defense Dept. Influences Presidential Policy