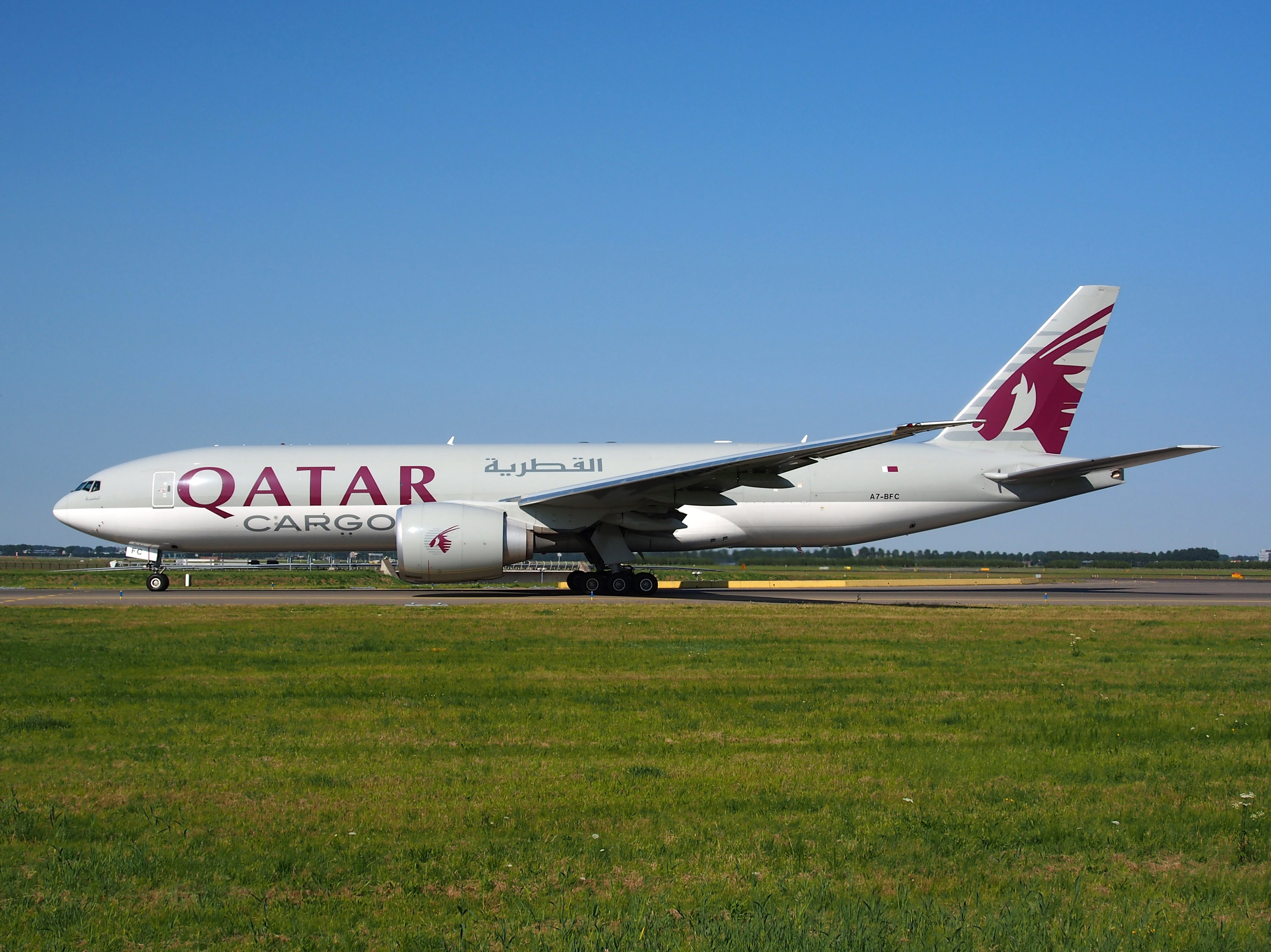 The Emir of Qatar, Tamim bin Hamad Al Thani, has come to America this week to meet with President Trump, Secretary of Defense Mattis, Secretary of the Treasury Mnuchin, and other top U.S. officials.  With the focus on Qatar, this is thus, the appropriate time to announce the following:

The Zionist Organization of America (ZOA) and its President Morton Klein are proud to announce that it was through ZOA’s and Mr. Klein’s efforts, including Mr. Klein’s numerous, exhaustive and round​-​the​-​clock meetings in Doha, Qatar, with the Emir and other top Qatari officials​,​ and follow-up discussions,​ that Qatar agreed to cancel and not allow the release of a viciously anti-Semitic Al Jazeera “undercover” film series on the so-called “American Jewish lobby.”  It was expected that the film series (scheduled to run in February) would have been the American version of Al Jazeera’s 4-part “undercover” film series on the “Jewish lobby” in Britain.  In that film series, Al Jazeera misleadingly portrayed Israeli and British Jewish groups’ legitimate efforts to combat anti-Semitic boycott, divestment and sanctions (BDS), as something nefarious.  According to reports, the targets of the Al Jazeera American film series would have included entities and/or officials of Israel’s Ministry of Strategic Affairs, the Foundation for Defense of Democracies, AIPAC, the American Jewish Committee, and the ZOA.

The ZOA will continue pressing Qatari officials, to whom ZOA now has access,  to take important additional steps, including ending official statements and Al Jazeera propaganda falsehoods that promote hatred, violence and demonization of Israel and Jews.

In addition to stopping the anti-Semitic Al Jazeera series, ZOA President Klein’s meetings in Qatar also resulted, after a two-hour meeting with the Emir in his palace, ​in Qatar agreeing to remove anti-Semitic books from the Doha book fair.  The fair is an important annual cultural event, where hundreds of publishing houses representing 29 Arab and foreign countries exhibit their publications; which are then purchased by school systems, libraries and bookstores from throughout the Middle East and the world.  The 2017 Doha book fair had almost 24,000 individual and almost 10,000 “professional” (libraries, bookstores, etc.) visitors, according to the International Publishers’ Association.

In 2022, the Doha book fair will be held in conjunction with the World Cup, resulting in more attendees than ever.  The Simon Wiesenthal Centre-Europe has expressed alarm for years about the previous anti-Semitic offerings at the Doha book fair.  ZOA incorporated information from the Wiesenthal’s Centre into the extensive report presented by Mr. Klein to Qatari officials, in January, demanding changes.

Mr. Klein was first invited to meet with Qatari officials in September 2017, but turned down the invitation due to concerns about Qatari actions and the potential that ZOA’s Klein’s visit could be used for propaganda purposes.  Mr. Klein received repeated invitations over the next few months from the Emir’s agents, who advised him that Qatar wants to change, wants to stop funding terrorism, and wants to become a better country.  At the end of October, U.S. Treasury Secretary Steven Mnuchin announced increased Qatari-US cooperation in combating terrorism financing.

Qatar announced that Israeli athletes were welcome in its sports events (including the 2020 World Cup), and Israel sent its handball, volleyball teams and an Israeli tennis player to participate in tournaments in Qatar.  After Israeli athletes won a bronze medal, Qatari officials and the Israeli athletes posed for a picture, which was released publicly.  In addition, throughout the fall, other top pro-Israel leaders met with Qatari officials, including Conference of Presidents of Major American Jewish Organizations CEO Malcolm Hoenlein, the Orthodox Union’s Rabbi Menachem Genack, pro-Israel radio personality John Batchelor, American Jewish Congress President Jack Rosen, and Religious Zionists of America President Martin Oliner; and Harvard Law School Professor Alan Dershowitz and Governor Mike Huckabee planned and did visit in January – thereby minimizing the possibility that a visit by Mr. Klein would provide a significant propaganda boost to Qatar.  At that point, ZOA and Mr. Klein finally decided that the significant potential upside of meetings with Qatari officials and fighting on behalf of the Jewish people in Qatar outweighed the minimal potential downside.  Indeed, throughout history, Jewish leaders and leading Rabbis have met with hostile leaders on behalf of the Jewish people.

Qatar has taken some important steps in the right direction by stopping the anti-Semitic Al Jazeera series and the anti-Semitic books at the Doha book fair.  We also note that on January 15, 2018, the White House announced that President Trump “thanked the Emir for Qatari action to counter terrorism and extremism in all forms, including being one of the few countries to move forward on a bilateral memorandum of understanding.  The leaders discussed areas in which the United States and Qatar can partner to bring more stability to the region, counter malign Iranian influence, and defeat terrorism.”

However, Qatar does need to do much more.  The ZOA will continue pressing Qatari officials, to whom ZOA now has access,  to take important additional steps, including ending official statements and Al Jazeera propaganda falsehoods that promote hatred, violence and demonization of Israel and Jews.  ZOA’s previous extensive report also described other important steps that Mort Klein raised that Qatar needs to take​,​ including​: to​Reopen the Qatari trade office in Israel which Qatar had in the past; establish relations with Israel; publicly condemn Hamas, Hezbollah, the Muslim Brotherhood and Al Qaeda as terror groups, and ​clearly prove ​Qatar’s stated position that they no longer provide funding to terror groups; reject all known terror leaders who have been residing in Qatar; and work to obtain the return of Israeli bodies and kidnapped Israelis held by Hamas.

In an encouraging step this week, former Qatari Prime Minister Hamad bin Jassim bin Jaber Al Thani tweeted “Israelis have a right to live in their land in peace and safety, this is my conviction. I’ve had this conviction for many long years, and I still do​.​” Former PM Hamad Al Thani wrote this in Arabic, which added to its significance. ZOA hopes the Emir and other Qatari officials will ​also​ acknowledge and publicly state this simple but long Arab-avoided truth.

We would love to hear from you! Please fill out this form and we will get in touch with you shortly.
Trending Z
Uncategorized April 10, 2018
FLASH: ISRAEL-JORDAN PEACE TREATY (1994) GUARANTEES JEWS ACCESS TO THE TEMPLE MOUNT – LET MY PEOPLE PRAY
Uncategorized April 10, 2018
ZOA Analysis: Most American Rabbis Who Are Boycotting Some Israeli Ministers Are From Extremist Left Wing Groups (J Street; T’ruah; JVP)
Uncategorized April 10, 2018
Israel’s “Right of Return” Grandparent Clause is De-Judaizing the Jewish State – Eliminate It
Uncategorized April 10, 2018
Exclusive: ZOA Accuses Ilhan Omar of Hating the U.S. ‘as Much as Israel,’ Lauds Kevin McCarthy for ‘Throwing Her Off the HFAC’
Center for Law & Justice
We work to educate the American public and Congress about legal issues in order to advance the interests of Israel and the Jewish people.
We assist American victims of terrorism in vindicating their rights under the law, and seek to hold terrorists and sponsors of terrorism accountable for their actions.
We fight anti-Semitism and anti-Israel bias in the media and on college campuses.
We strive to enforce existing law and also to create new law in order to safeguard the rights of the Jewish people in the United States and Israel.
Our Mission
ZOA STATEMENT
The ZOA speaks out for Israel – in reports, newsletters, and other publications. In speeches in synagogues, churches, and community events, in high schools and colleges from coast to coast. In e-mail action alerts. In op-eds and letters to the editor. In radio and television appearances by ZOA leaders. Always on the front lines of pro-Israel activism, ZOA has made its mark.
Related Articles
OP-ED ZOA Praises Cong. Sherman for Urging U.S. Education Dept. to Include Anti-Israelism as Anti-Semitism