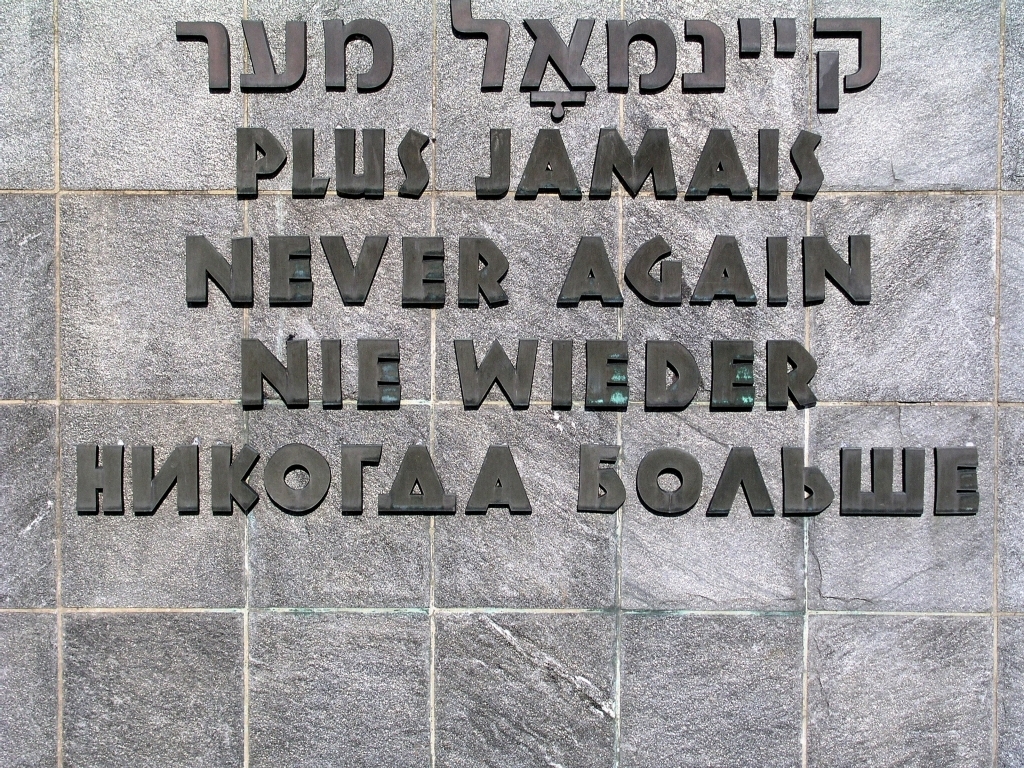 Morton A. Klein, a child of Holocaust survivors and national president of the Zionist Organization of America (ZOA),the oldest pro-Israel organization in the United States, released the following statement:

I begin with two clarifications:  First, the Zionist Organization of America does not have or take a position on the complex political and constitutional issue of American gun laws.  This statement should not be construed as taking any position, one way or another, on American gun law issues.

ZOA deals with other issues, including promoting the truth regarding the Arab/Islamist war against Israel; pro-Israel education; combating anti-Semitism on college campuses and elsewhere; enhancing strong U.S.-Israel relations; and promoting the safety of the American and Israeli public, Jewish and other vulnerable communities, and people throughout the world, from radical Islamist terrorist attacks.

Second, this statement should not be construed as in any way lessening our shock, outrage and pain regarding the Parkland school shooting.  ZOA completely sympathizes with the loving, bereft families and all the infinitely precious victims of the Parkland shooting, all other school shootings, and all other shootings.  All affected by these tragedies are in our hearts and prayers.

“Never again” represents the determination of Jews and others to fight back against those seeking to perpetrate another genocide of the Jewish people. It is an expression that should never be politicized or co-opted by anyone, regardless of political affiliation.

ZOA and I, as a child of Holocaust survivors who lost most of my aunts, uncles, cousins and grandparents to the Holocaust are however, concerned and deeply offended that Parkland student David Hogg is co-opting and politicizing the slogan “Never Again” for the title of his book promoting gun control. This title trivializes the horrors of the Holocaust. Fellow Jewish Parkland high student Kyle Kashuv contacted ZOA and likewise told us that he is deeply offended by Hogg’s usurpation of the title “Never Again.” This inappropriate title displays an unkind and shocking insensitivity to Holocaust survivors, Jews, and all decent, human-rights-loving people around the world. Any attempts to compare the genocide of the Holocaust to modern domestic political issues in the US today is shameful and wrong.

“Never Again” is an expression long associated with the Jewish people’s and their friends’ determination to, never again, allow a repeat of the extraordinary and unique horrors of the Holocaust.  “Never again” represents the determination of Jews and others to fight back against those seeking to perpetrate another genocide of the Jewish people. It is an expression that should never be politicized or co-opted by anyone, regardless of political affiliation.

Combating anti-Semitism today – the irrational Jew hatred that is being preached, especially by radical Muslims, and is rearing its ugly head in too many parts of the world- necessarily involves remembering the Holocaust, and assuring that the Holocaust’s lessons, expressions and symbols are not twisted or used for non-germane political purposes.  Co-opting Holocaust imagery and expressions for such other purposes trivializes and minimizes the Holocaust’s unique terrors and the memory of the slaughtered six million innocent Jewish men, women and children.

The Holocaust was unique and unprecedented, in that: it involved a “final solution” designed to murder every single Jewish man, woman and child; Jews were the only people killed for the “crime” of existing; the murder of Jews was an “end in itself” rather than a means to some other goal; and the people who carried out the “Final Solution” were primarily average citizens “just doing a job.”  None of the other terrible slaughters and genocides this world has witnessed share all these characteristics.  (See “What Makes the Holocaust Unique?” summary of philosopher Emil Fackenheim’s work, Jewish Virtual Library.)

Co-opting Holocaust expressions for other purposes is especially troubling now, when the world – and especially our youth – has forgotten or never learned the most basic information about the Holocaust.  A survey in February of 1,350 American adults, by the Conference on Jewish Material Claims Against Germany, found that 22% of millennials said they had not heard of the Holocaust or are not sure whether they’ve heard of it.  Forty-one percent of all respondents and 66% of millennials did not know that Auschwitz was a concentration camp or extermination camp.  Interestingly, 93% of respondents said that all students should learn about the Holocaust in school.  (See “Holocaust study: Two-thirds of Millennials Don’t Know What Auschwitz Is,” by Julie Zauzmer, Washington Post, Apr. 12, 2018; and “They Survived the Holocaust. Now the World is Forgetting What They Endured,” by Petula Dvorak, Washington Post, Apr. 23, 2018.)  The need and desire for Holocaust knowledge is undermined by co-opting the Holocaust for partisan political and commercial purposes.

ZOA thus urges David Hogg to immediately rename his book title. It’s the right and moral thing to do.

We would love to hear from you! Please fill out this form and we will get in touch with you shortly.
Trending Z
Uncategorized April 24, 2018
FLASH: ISRAEL-JORDAN PEACE TREATY (1994) GUARANTEES JEWS ACCESS TO THE TEMPLE MOUNT – LET MY PEOPLE PRAY
Uncategorized April 24, 2018
ZOA Analysis: Most American Rabbis Who Are Boycotting Some Israeli Ministers Are From Extremist Left Wing Groups (J Street; T’ruah; JVP)
Uncategorized April 24, 2018
Israel’s “Right of Return” Grandparent Clause is De-Judaizing the Jewish State – Eliminate It
Uncategorized April 24, 2018
Exclusive: ZOA Accuses Ilhan Omar of Hating the U.S. ‘as Much as Israel,’ Lauds Kevin McCarthy for ‘Throwing Her Off the HFAC’
Center for Law & Justice
We work to educate the American public and Congress about legal issues in order to advance the interests of Israel and the Jewish people.
We assist American victims of terrorism in vindicating their rights under the law, and seek to hold terrorists and sponsors of terrorism accountable for their actions.
We fight anti-Semitism and anti-Israel bias in the media and on college campuses.
We strive to enforce existing law and also to create new law in order to safeguard the rights of the Jewish people in the United States and Israel.
Our Mission
ZOA STATEMENT
The ZOA speaks out for Israel – in reports, newsletters, and other publications. In speeches in synagogues, churches, and community events, in high schools and colleges from coast to coast. In e-mail action alerts. In op-eds and letters to the editor. In radio and television appearances by ZOA leaders. Always on the front lines of pro-Israel activism, ZOA has made its mark.
Related Articles
OP-ED ZOA: Brookings Institution Must Return $14 Million To Qatar, Supporter of ISIS