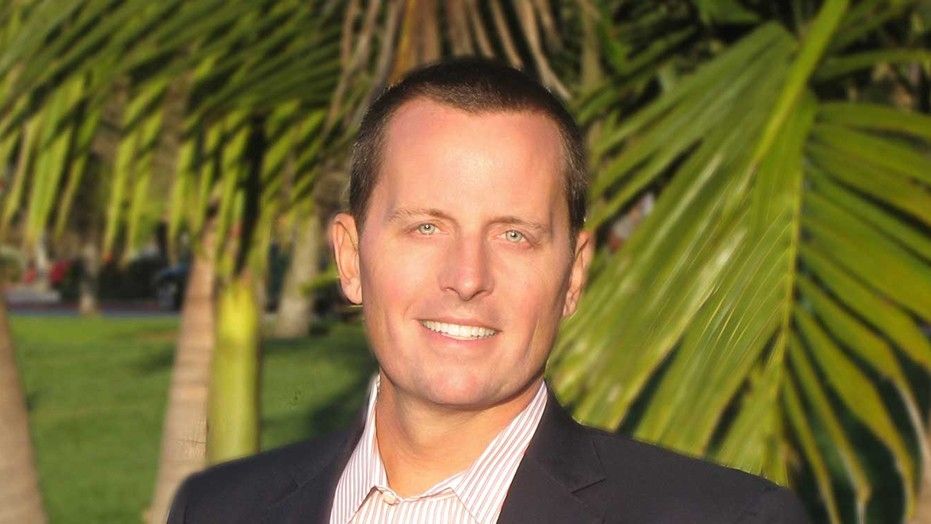 The ZOA thanks and praises new U.S. Ambassador to Germany Rick Grenell for his efforts to obtain German companies’ compliance with economic sanctions on Iran.  Ambassador Grenell appropriately tweeted: “As @realDonaldTrump said, US sanctions will target critical sectors of Iran’s economy. German companies doing business in Iran should wind down operations immediately.” (@RichardGrenell 11:42 AM – 8 May 2018)   This is excellent advice.

It is shameful and dangerous for German companies and the German-Iranian Chamber of Commerce to insist upon continuing to do business with a regime that promotes the terror sponsored by the Iranian Ayatollahs and Quds forces throughout the world.  Do those German business not realize that the Iranian regime’s sponsorship of terrorism and genocidal nuclear ambitions affect everyone?  Iranian regime operatives are active in Germany.  (See, e.g., “Germany Conducts Raids In Iranian Spy Probe,” Radio Free Europe, Jan. 16, 2018.) Do those German companies really want to do business with a regime that uses sanctions relief proceeds to increase support for Hezbollah, Hamas, the Houthis, and other worldwide terrorist activities?  Do such businesses want to continue propping up a catastrophic deal that is so useless that it enables Iran to develop nuclear weapons at military sites that the JCPOA exempted from inspection? Especially when the pressure of economic sanctions could force Iran to the table to negotiate a deal that would actually be effective?

“Iran has exactly two export hits: oil and terrorism. The revenues from the oil finance and enable terrorism.  The Iran deal has eliminated important sanctions and allowed Iran to regain billions in oil trade. It was the largest and most obscure funding and subsidy program for terrorism in history. . . .  [T]he Iranian regime used the proceeds of the deal to destroy people. At home, as the regime has strengthened the security apparatus, arrested and executed its own citizens, the “reformer” Rouhani more than his predecessors.  The question of what a regime that wants to renounce nuclear weapons (or according to their own information never wanted to build), then need launcher for nuclear weapons, could never answer one of the architects of the deal.  The answer is easy: Iran is building nuclear missiles because it wants nuclear weapons. . . . In Syria, Iranian militia is involved in extermination campaigns against civilians and ethnic cleansing. There is hardly a notable terrorist organization globally that cannot rely on financial support from Tehran. . . . Cynically and icily smiling, the Russians staged this Western taboo [the original sanctions] as stalwarts, only to sell Iran new air defense systems that would protect the regime against any Western military threat scenario. At the same time, Iran sent its murderous militia to Syria to fight alongside Russia for butcher Assad.  Also, all fully funded with the billions that were frozen before the Iran deal by sanctions.  No one can say with certainty whether the deal has stopped or slowed down the Iranian nuclear program.  What is certain, however, is that the deal has provided the world’s most barbarous liars with enough money to secure their power and spread their religious madness with even greater brutality and even more advanced weapons.  This has an end now. And that is good news for the world.”

We would love to hear from you! Please fill out this form and we will get in touch with you shortly.
Trending Z
News May 10, 2018
ZOA Condemns U.S. State Dept. & U.S. Amb. Nides For Siding with Antisemitic, Discriminatory Palestinian & Hamas Terrorists re: the Temple Mount, Violating Jews’ Religious Freedom
News May 10, 2018
ZOA’s Klein JPost Op-Ed: There is Nothing Extreme About Israel’s New Government
Uncategorized May 10, 2018
FLASH: ISRAEL-JORDAN PEACE TREATY (1994) GUARANTEES JEWS ACCESS TO THE TEMPLE MOUNT – LET MY PEOPLE PRAY
Uncategorized May 10, 2018
ZOA Analysis: Most American Rabbis Who Are Boycotting Some Israeli Ministers Are From Extremist Left Wing Groups (J Street; T’ruah; JVP)
Center for Law & Justice
We work to educate the American public and Congress about legal issues in order to advance the interests of Israel and the Jewish people.
We assist American victims of terrorism in vindicating their rights under the law, and seek to hold terrorists and sponsors of terrorism accountable for their actions.
We fight anti-Semitism and anti-Israel bias in the media and on college campuses.
We strive to enforce existing law and also to create new law in order to safeguard the rights of the Jewish people in the United States and Israel.
Our Mission
ZOA STATEMENT
The ZOA speaks out for Israel – in reports, newsletters, and other publications. In speeches in synagogues, churches, and community events, in high schools and colleges from coast to coast. In e-mail action alerts. In op-eds and letters to the editor. In radio and television appearances by ZOA leaders. Always on the front lines of pro-Israel activism, ZOA has made its mark.
Related Articles
OP-ED BY: ZOA Staff New Poll: Americans By 2-To-1 Margin Blame Palestinians For Talks’ Failure