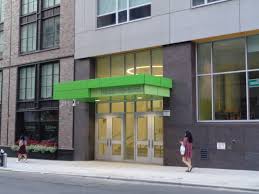 On Tuesday, May 15th, students at the Beacon School, an “elite” public high school in Hell’s Kitchen, decided to commemorate the 62 Palestinians who were killed the day before in Gaza during the Great March of Return. A simple announcement over the loudspeaker that lasted a minute somehow warranted a witch hunt on the administration by parents comparing the civilians killed by Israel to ISIS operatives. Some Beacon parents stated their children were subjected to “Hamas propaganda,” and that a political opinion voiced over a P.A. system was inappropriate for a public school. Yet, instead of asking for a conversation, email threads written by Zionist parents attacked and demanded the removal of Beacon’s principal, Ruth Lacey.

We have to ask a few questions when talking about the controversy at Beacon: can students talk and organize freely around political issues in public schools?  Do parents and school administrators have a right to censor these conversations? Finally, is political discourse the issue, or is Palestine the issue?

To answer these questions, understanding the events that transpired a week after the debacle is important.

The day after the moment of silence students at Beacon wanted to reclaim the narrative by trying to organize a forum where members of the school community could speak candidly about the events happening in Gaza. Many Beacon students had backed the moment of silence and wanted to express themselves. “Most people I know were actually in support of the moment of silence,” senior Veronica Bettio said, “but I think the media was also fishing for a controversy and they found a few people with certain views to write that NY Post piece.”

The students did not want their voices to be overshadowed by the media, by the administration, or by a group of angry parents. “I think there is some disparity in how the parents feel and how the students feel,”  junior Matt Klass told the Forward.

The response? Even though the spokesperson for the New York City Department of Education endorsed the students’ right to hold the moment of silence, the school denied the students’ right to convene a political discussion the day after, which is protected in public schools by the Equal Access Act.  This happened after mounting pressure by some parents. Lacey refused to allow students to host a talk about Gaza, Palestine, and Israel. This was not unexpected, but it is also not justified. The moment of silence was striking, and to leave it solely at that is a disappointment.

As a Beacon alumna, I want to remind the readers that political discussions are not foreign to my old high school. We organized a massive walkout against the Trump administration, had numerous social justice clubs, and frequently engaged in political conversations in our classrooms. I heard no outrage from parents then. Nor did I see any headlines when a Beacon staffer sent an email out promoting a Birthright trip to Israel.

Birthright is an organization that serves as a public relations tool for the state of Israel, sends Jewish young adults on a free trip to the Holy Land, a luxury not given to Palestinians in the diaspora. Its purpose? To bring 16,000 Jewish Americans, who only remember the enjoyable moments they had, back home fully equipped with Israeli talking points. Isolated from Palestinians, the trip does not address its neighbors’ living subhuman conditions on the other side of the apartheid wall.

So political discourse is not the issue at Beacon, nor is one sided political motivations. The issue therefore, is Palestine.

The Zionist Organization of America, the oldest pro-Israel organization in the United States, aims to silence discourse around the injustices Israel commits against Palestinians. They condemned Beacon and wrote an intimidating letter attacking the school, with no defense of students’ right to a candid conversation. The letter attacked the school for allowing students to remember the lives of those in Gaza, most recently, Razan al-Najjar, a volunteer medic shot in the chest with her hands in the air trying to evacuate the wounded. It seems odd that a powerful organization like ZOA would spend its time focused on an incident in a high school, but silencing discourse is a common strategy of those opposed to Palestinians’ rights.

The careful targeting of academics and academic institutions is a tactic that occurs in New York City all the time as any pro-Palestinian rhetoric is written off as terrorism or anti-semitism. A few examples include the banning of Students for Justice in Palestine at Fordham University;  restricting speakers from speaking at the City College of NY; and even forcing the resignation of Debbie Almontaser, the principal at the Khalil Gibran School, after she refused to condemn the word “Intifada” in an interview.

Disrupting discourse is threatening to any democracy. Our schools and academic institutions need to provide spaces where students can reach their own conclusions, not shut them down when we think it gets too complicated or controversial. In order to achieve a democratic society, we must expand our tolerance levels to beyond what we think is palatable. The response by Zionist Beacon parents and the ZOA is more symbolic than anything else: a desperate attempt to suppress student voice and the truth.

I urge educators, parents, and students to always stand against the censorship of political discourse, to provide spaces for conversation, and to insist that discussion of Palestine must always be on the table.

The original article was posted in Mondoweiss.net and can be found here.

We would love to hear from you! Please fill out this form and we will get in touch with you shortly.
Trending Z
News June 12, 2018
ZOA Condemns U.S. State Dept. & U.S. Amb. Nides For Siding with Antisemitic, Discriminatory Palestinian & Hamas Terrorists re: the Temple Mount, Violating Jews’ Religious Freedom
Uncategorized June 12, 2018
FLASH: ISRAEL-JORDAN PEACE TREATY (1994) GUARANTEES JEWS ACCESS TO THE TEMPLE MOUNT – LET MY PEOPLE PRAY
Uncategorized June 12, 2018
ZOA Analysis: Most American Rabbis Who Are Boycotting Some Israeli Ministers Are From Extremist Left Wing Groups (J Street; T’ruah; JVP)
Uncategorized June 12, 2018
Israel’s “Right of Return” Grandparent Clause is De-Judaizing the Jewish State – Eliminate It
Center for Law & Justice
We work to educate the American public and Congress about legal issues in order to advance the interests of Israel and the Jewish people.
We assist American victims of terrorism in vindicating their rights under the law, and seek to hold terrorists and sponsors of terrorism accountable for their actions.
We fight anti-Semitism and anti-Israel bias in the media and on college campuses.
We strive to enforce existing law and also to create new law in order to safeguard the rights of the Jewish people in the United States and Israel.
Our Mission
ZOA STATEMENT
The ZOA speaks out for Israel – in reports, newsletters, and other publications. In speeches in synagogues, churches, and community events, in high schools and colleges from coast to coast. In e-mail action alerts. In op-eds and letters to the editor. In radio and television appearances by ZOA leaders. Always on the front lines of pro-Israel activism, ZOA has made its mark.
Related Articles
OP-ED BY: Ken Kurson ZOA In NY Observer Article On Senator Cruz’s Visit With Jewish Donors