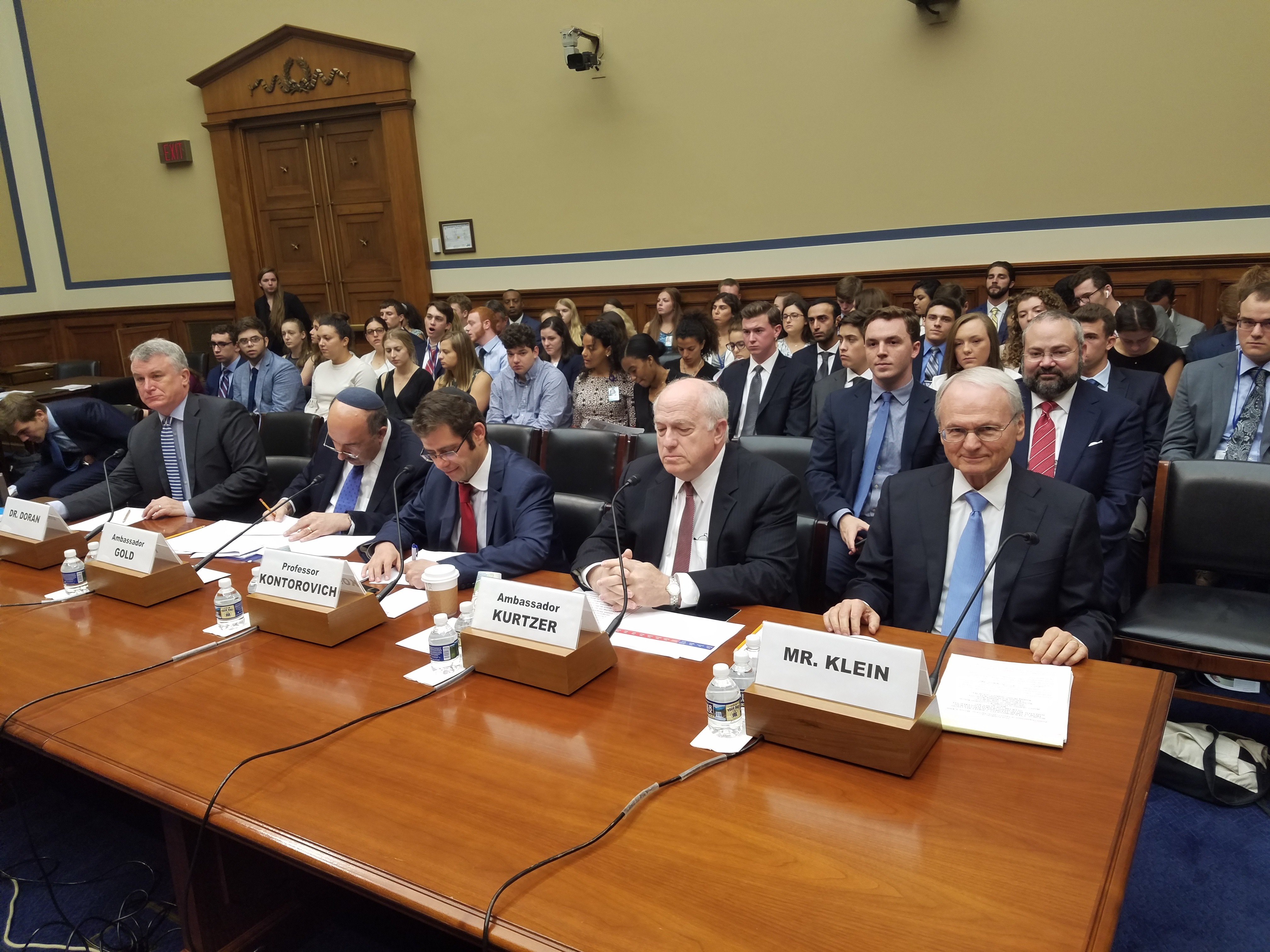 The potential US recognition of Israeli sovereignty over the Golan Heights was the focus of a congressional hearing on Capitol Hill on Tuesday.

Israel took control of the strategically-important plateau from Syria during the 1967 Six-Day War and later annexed it in a move that was not recognized internationally.

Given the civil war that has torn Syria apart over the past seven years, some American and Israeli officials have recently begun pushing for the US to officially recognize that the Golan is part of Israel.

Republican Congressman Ron DeSantis of Florida expressed support for recognition at a meeting of the House Subcommittee on National Security on Tuesday.

“We can only imagine how much worse the threats to Israel’s north would be — and threats to the security of the broader region would be — if the Golan was in the hands of what remains of the Syrian regime, or Iran, or Hezbollah, or ISIS,” DeSantis, the chairman of the subcommittee, said.

“By recognizing the Golan as part of Israel, the US would send a clear that Syrian belligerence will not be rewarded, that Israel’s victory over its aggressor [in 1967] has consequences,” DeSantis noted.

The ranking Democratic member of the subcommittee, Stephen Lynch of Massachusetts, called for “fact-based decision making” when it comes to the Golan recognition question.

“In a very, very tumultuous time in the region, we should make sure that whatever actions we take enhance the national security of Israel, the United States, and our allies,” he said.

“Anyone truly concerned with international peace and security must conclude that this change [recognition] is in the best interest of everyone, with the exception of the Iranian regime and its allies,” Doran said. “And it is manifestly in the interest of the United States.”

“Recognizing reality will deny oxygen to our enemies and strengthen our allies — precisely what a sound foreign policy should seek to achieve,” Doran added.

Gold stated, “As the Syrian state recovers from the Syrian civil war, its allies can be expected to make demands on its behalf, like the return of the Golan Heights to Syria. In fact, these demands have already begun to be voiced. The strongest rebuttal to this effort would be recognition of Israeli sovereignty over the Golan Heights.”

“This would demonstrate conclusively that those who use force to threaten their neighbors will not benefit in the court of international diplomacy,” Gold continued. “States today have a choice. They can back the demands of Iran and its supporters or they can recognize the rights of Israel in the Golan Heights. US recognition of Israeli sovereignty would set an important example for others. Three US administrations consistently confirmed that they envisaged that at the end of the day, Israel must remain on the Golan Heights. That core bipartisan principle of past US policy cannot be realized in the long term without Israeli sovereignty over the Golan confirmed.”

The full testimonies of Doran, Gold, Kontorovich, Kurtzer, and Klein can be read here.

We would love to hear from you! Please fill out this form and we will get in touch with you shortly.
Trending Z
News July 17, 2018
ZOA Condemns U.S. State Dept. & U.S. Amb. Nides For Siding with Antisemitic, Discriminatory Palestinian & Hamas Terrorists re: the Temple Mount, Violating Jews’ Religious Freedom
News July 17, 2018
ZOA’s Klein JPost Op-Ed: There is Nothing Extreme About Israel’s New Government
Uncategorized July 17, 2018
FLASH: ISRAEL-JORDAN PEACE TREATY (1994) GUARANTEES JEWS ACCESS TO THE TEMPLE MOUNT – LET MY PEOPLE PRAY
Uncategorized July 17, 2018
ZOA Analysis: Most American Rabbis Who Are Boycotting Some Israeli Ministers Are From Extremist Left Wing Groups (J Street; T’ruah; JVP)
Center for Law & Justice
We work to educate the American public and Congress about legal issues in order to advance the interests of Israel and the Jewish people.
We assist American victims of terrorism in vindicating their rights under the law, and seek to hold terrorists and sponsors of terrorism accountable for their actions.
We fight anti-Semitism and anti-Israel bias in the media and on college campuses.
We strive to enforce existing law and also to create new law in order to safeguard the rights of the Jewish people in the United States and Israel.
Our Mission
ZOA STATEMENT
The ZOA speaks out for Israel – in reports, newsletters, and other publications. In speeches in synagogues, churches, and community events, in high schools and colleges from coast to coast. In e-mail action alerts. In op-eds and letters to the editor. In radio and television appearances by ZOA leaders. Always on the front lines of pro-Israel activism, ZOA has made its mark.
Related Articles
OP-ED BY: ZOA Staff New Poll: Americans By 2-To-1 Margin Blame Palestinians For Talks’ Failure