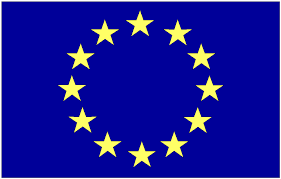 The Zionist Organization of America (ZOA) has urged the European Parliament to cease aid to Mahmoud Abbas’ anti-Jewish hatred-inciting Palestinian Authority (PA), a measure which is currently under consideration. The EU is the largest financial donor of the PA.

The European Parliament’s Budgetary Control Committee is due to vote in late October on an amendment to its draft budget which, if approved, would freeze more than 15 million euros (US $17 million) in aid to the PA unless it removes incitement to hatred and murder against Jews and Israel in its school textbooks.

The Committee’s resolution states correctly that “The textbooks published by the PA in 2017, which are financed by the EU … contain, across all subjects, numerous examples of violent depictions, hate speech – in particular against Israel – and glorifications of jihad and martyrdom.”

The Institute for Monitoring Peace and Cultural Tolerance in School Education, or IMPACT-se, which has analyzed the new PA textbooks, presented a report to the European Parliament which says that they “encourage Palestinian children to sacrifice their lives in the name of religion” and “glorified martyrdom and violent resistance,” a fact which has led IMPACT-se’s CEO, Marcus Sheff to state that PA textbooks present “only a vision of one [Arab-dominated] state from the river to the sea, which is not EU policy.”

Radicalization of the Palestinian school curriculum since the PA took over control of education in the territories it controls since the 1990s has already led to an international review of PA textbooks by donor countries. Last month Belgian Deputy Prime Minister Alexander De Croo stated that “as long Palestinian schools are named to glorify terrorism, Belgium can no longer cooperate with the Palestinian Education Ministry and will not contribute to budgets for the construction of schools” (Yossi Lempkowicz ‘European Parliament to vote on freezing aid to Palestinian Authority over textbook incitement,’ JewishWebSight.com, October 2, 2018).

“The generous international funding of the PA has enabled the Abbas regime to poison the minds of Palestinian Arab youth through the promotion of hate, Muslim supremacism, jihad and nationalist extremism.

“While we are aware that the European Parliament will hold election in eight months, and that the effects of this particular budget will not extend far into the next five-year electoral cycle period, it would set the correct and long-overdue precedent of penalizing the PA by refusing to fund its anti-Semitic hatred and anti-peace education.

“The European External Action Service (EEAS), which is the European Parliament’s body responsible for the distribution and oversight of funds to the PA, has shamefully argued in the past that that the glorification of violence and martyrdom in Palestinian school textbooks and payments to convicted terrorists do not amount to institutionalized incitement or radicalization.

“It is high time for the EEAS to be reformed and the flow of European funds to the PA to cease. We commend the European Parliament’s Budgetary Control Committee resolution to cease funding the PA and strongly urge it to pass it.”

We would love to hear from you! Please fill out this form and we will get in touch with you shortly.
Trending Z
Uncategorized October 8, 2018
FLASH: ISRAEL-JORDAN PEACE TREATY (1994) GUARANTEES JEWS ACCESS TO THE TEMPLE MOUNT – LET MY PEOPLE PRAY
Uncategorized October 8, 2018
ZOA Analysis: Most American Rabbis Who Are Boycotting Some Israeli Ministers Are From Extremist Left Wing Groups (J Street; T’ruah; JVP)
Uncategorized October 8, 2018
Israel’s “Right of Return” Grandparent Clause is De-Judaizing the Jewish State – Eliminate It
Uncategorized October 8, 2018
Exclusive: ZOA Accuses Ilhan Omar of Hating the U.S. ‘as Much as Israel,’ Lauds Kevin McCarthy for ‘Throwing Her Off the HFAC’
Center for Law & Justice
We work to educate the American public and Congress about legal issues in order to advance the interests of Israel and the Jewish people.
We assist American victims of terrorism in vindicating their rights under the law, and seek to hold terrorists and sponsors of terrorism accountable for their actions.
We fight anti-Semitism and anti-Israel bias in the media and on college campuses.
We strive to enforce existing law and also to create new law in order to safeguard the rights of the Jewish people in the United States and Israel.
Our Mission
ZOA STATEMENT
The ZOA speaks out for Israel – in reports, newsletters, and other publications. In speeches in synagogues, churches, and community events, in high schools and colleges from coast to coast. In e-mail action alerts. In op-eds and letters to the editor. In radio and television appearances by ZOA leaders. Always on the front lines of pro-Israel activism, ZOA has made its mark.
Related Articles
OP-ED BY: ZOA Staff ZOA: Palestinian Poll Shows They Oppose Israel’s Existence, Support Murder of Jews

A poll of 1363 Palestinian Arabs (including 863 living in Judea and Samaria and 500 living in Gaza), conducted by An-Najah National University’s Center for Polls and Survey Studies, from November 20 to 22, 2015, reveals that Palestinian Arabs overwhelmingly reject a Palestinian state that would live in peace with Israel as a final resolution; […]

The Zionist Organization of America (ZOA) has called for sanctions to be restored on Iran, following reports that Iran, which will soon be awash with billions of dollars in unfrozen assets and sanctions relief, is offering cash bonuses to Palestinian terrorists who murder Jews.  Mohammad Fateh, Iran’s Ambassador to Lebanon, said that Tehran will give […]