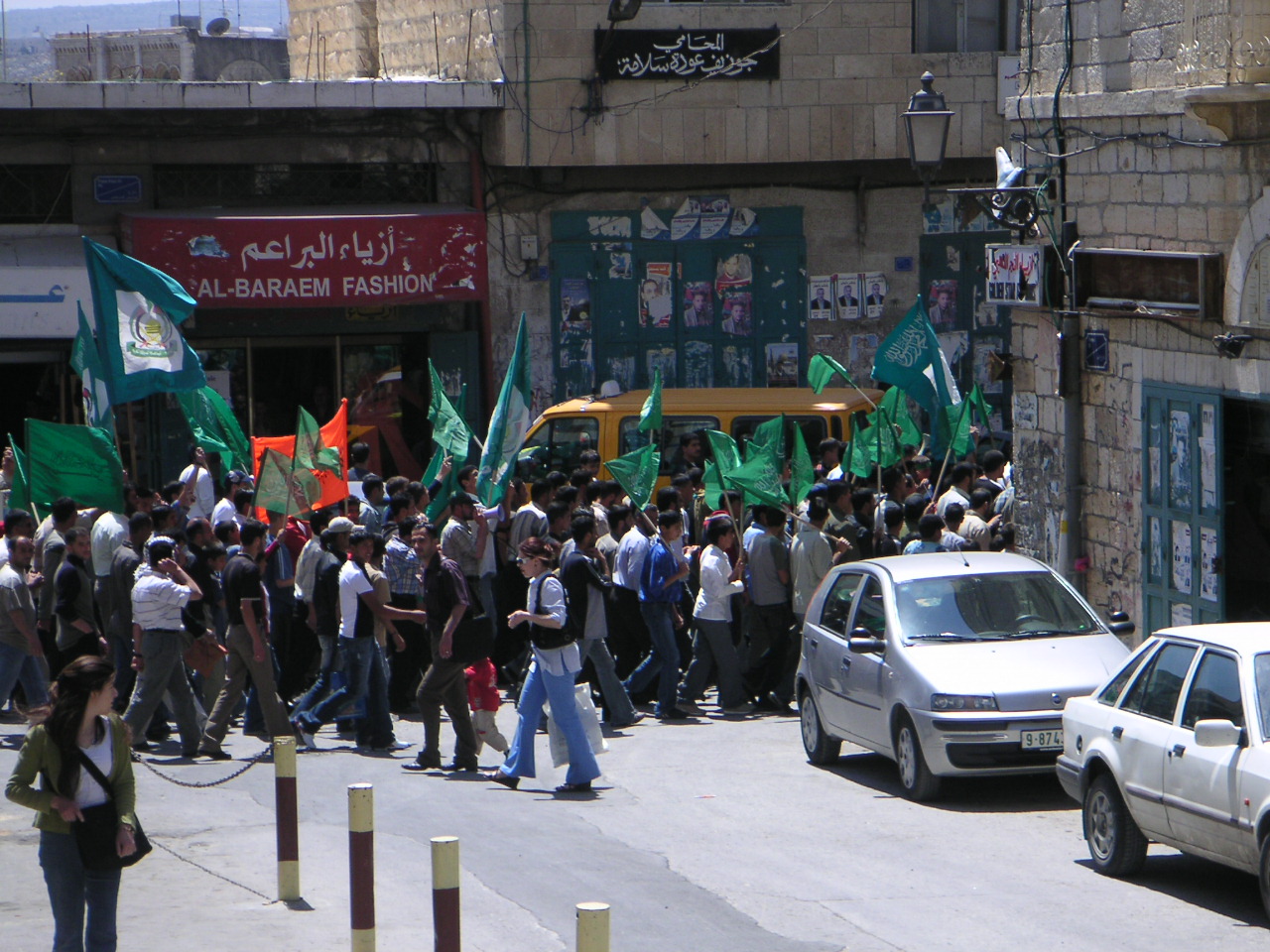 A poll of 1363 Palestinian Arabs (including 863 living in Judea and Samaria and 500 living in Gaza), conducted by An-Najah National University’s Center for Polls and Survey Studies, from November 20 to 22, 2015, reveals that Palestinian Arabs overwhelmingly reject a Palestinian state that would live in peace with Israel as a final resolution; support ceasing the Palestinian Authority (PA)’s (already limited) security cooperation with Israel; support anti-Israel boycotts; and support a unity government with the Hamas terrorist organization.

An overwhelming 72.9% reject the creation of a Palestinian Arab state on the 1967 borders with some land exchange as a final resolution for the Palestinian cause (versus 21% in favor).

An overwhelming 72.9% reject the creation of a Palestinian Arab state on the 1967 borders with some land exchange as a final solution for the Palestinian cause.

There was also widespread support (69.8%) for the PLO Central Council’s decision to cease security coordination between the PA and Israel (versus 23.5% who did not support the decision).

Respondents overwhelmingly supported speeding up implementation of the Fatah-Hamas terrorist organization’s “national reconciliation agreement,” by a margin of 87% to 8.6%.

And a walloping 84.2% of respondents support boycotting Israeli goods and products (versus only 13.2% that did not support the anti-Israel boycott).

“It is painfully clearly  that the Palestinian Arabs also support murder and violence against innocent Jews. Why are president Obama, Sec’y Kerry and world leaders not forcefully condemning the attitudes of Palestinian Arabs and their leaders like dictator Mahmoud Abbas. Why are they not condemning the vicious anti-Semitic incitement in their schools, media, speeches, and children’s camps. The world’s silence is deafening and frightening.

We would love to hear from you! Please fill out this form and we will get in touch with you shortly.
Trending Z
Uncategorized December 1, 2015
FLASH: ISRAEL-JORDAN PEACE TREATY (1994) GUARANTEES JEWS ACCESS TO THE TEMPLE MOUNT – LET MY PEOPLE PRAY
Uncategorized December 1, 2015
ZOA Analysis: Most American Rabbis Who Are Boycotting Some Israeli Ministers Are From Extremist Left Wing Groups (J Street; T’ruah; JVP)
Uncategorized December 1, 2015
Israel’s “Right of Return” Grandparent Clause is De-Judaizing the Jewish State – Eliminate It
Uncategorized December 1, 2015
Exclusive: ZOA Accuses Ilhan Omar of Hating the U.S. ‘as Much as Israel,’ Lauds Kevin McCarthy for ‘Throwing Her Off the HFAC’
Center for Law & Justice
We work to educate the American public and Congress about legal issues in order to advance the interests of Israel and the Jewish people.
We assist American victims of terrorism in vindicating their rights under the law, and seek to hold terrorists and sponsors of terrorism accountable for their actions.
We fight anti-Semitism and anti-Israel bias in the media and on college campuses.
We strive to enforce existing law and also to create new law in order to safeguard the rights of the Jewish people in the United States and Israel.
Our Mission
ZOA STATEMENT
The ZOA speaks out for Israel – in reports, newsletters, and other publications. In speeches in synagogues, churches, and community events, in high schools and colleges from coast to coast. In e-mail action alerts. In op-eds and letters to the editor. In radio and television appearances by ZOA leaders. Always on the front lines of pro-Israel activism, ZOA has made its mark.
Related Articles
OP-ED BY: ZOA Staff J Street Poll Shows 72% of American Jews Support Building in Judea/Samaria