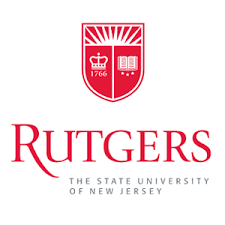 We write after recently learning about the joint statement you issued, criticizing the U.S. Department of Education’s Office for Civil Rights’ decision to reopen a student-supported case brought by the Zionist Organization of America (ZOA) against Rutgers University under Title VI of the Civil Rights Act.  The case alleges that Jewish students endured anti-Semitic harassment and discrimination, which Rutgers failed to address, in violation of the law.  Based on the many inaccuracies in your statement, it is obvious that you never read the ZOA’s Title VI complaint or reviewed the record in the case.  We urge you to consider the following and withdraw the erroneous statement right away.

Your statement acknowledges the serious problem of increasing “racist and xenophobic hatred” on our college campuses, giving as examples anti-Semitic fliers plastered on one campus and the defacement of another campus with swastikas.  Given your concern about fliers and swastikas, it is baffling that you would be untroubled by anti-Semitism that targets Jewish students directly and personally – anti-Semitism involving threats of violence and segregation.  A Jewish student at Rutgers was physically bullied and physically threatened on campus, and Jewish students were singled out and excluded from a campus event that was advertised as open to everyone.  The ZOA’s Title VI case focuses on these incidents, and they should be as deeply concerning to you as they are to us.

Particularly after the recent massacre of Jews at a synagogue in Pittsburgh, you should be using your respective positions and platforms to vocally support legal cases that fight anti-Semitism and seek to protect the civil rights of Jewish students to a learning environment that is physically and psychologically safe.

In reopening the Rutgers case, the Office for Civil Rights (OCR) will be reexamining the evidence we presented regarding a campus event titled “Never Again for Anyone.”  The event outrageously compared the Nazis’ attempted genocide of the Jewish people to Israel’s actions toward Palestinian Arabs.  The event was sponsored by a student group that you described as “pro-Palestinian.”  Based on the group’s actions and programs, it is more accurate to describe this group as viciously anti-Israel and anti-Semitic.

The “Never Again for Anyone” event was advertised as free and open to the public.  But as the evidence in the record demonstrates, when the event’s sponsors saw how many “Zionists” – code for Jews – showed up, they suddenly imposed an admission fee and selectively enforced it against those they perceived to be Jewish and pro-Israel.

Your statement described this event as having “brought together people of all religions and activists from both sides,” which could not be further from the truth.  In fact, the sponsors tried to prevent “open dialogue” and “the free expression of ideas” at the event – the ideals you claim to support.  The sponsors’ decision to charge those whom they identified as Jewish and pro-Israel reflected their intent to keep out anyone who disagreed with their anti-Israel views.

Your statement complains about OCR’s decision to reopen a “seven-year old case” – as if the age of the case should matter if crucial evidence was ignored during OCR’s initial investigation and justice was wrongly denied to students victimized by anti-Semitism.  It is bewildering that you would criticize OCR for finally deciding a legitimate and timely-filed legal appeal and for fulfilling its mandate to protect Jewish students under the law.

Finally, you plainly did not read OCR’s decision to reopen the ZOA’s Title VI case against Rutgers, based on your claim that OCR is making a “dangerous move” by “expanding the definition of anti-Semitism to include criticism of Israel’s policies toward Palestinians.”  OCR is doing nothing of the sort.

OCR is simply using a widely-used and accepted definition of anti-Semitism, in order to assess whether behavior is motivated by anti-Semitic bias. The U.S. State Department uses the same definition, as do 30 countries around the world.  Using this definition does not change or loosen the legal standards that OCR must apply when it decides Title VI cases.  And using the definition will not impinge on anyone’s free speech rights.

Your inaccurate statement does a disservice to your respective members, and we urge you to rescind it.  Particularly after the recent massacre of Jews at a synagogue in Pittsburgh, you should be using your respective positions and platforms to vocally support legal cases that fight anti-Semitism and seek to protect the civil rights of Jewish students to a learning environment that is physically and psychologically safe.

If you are genuinely committed to open dialogue and the free expression of ideas, and to challenging campus anti-Semitism, then you will issue a new statement, applauding OCR for reopening the ZOA’s Title VI case against Rutgers.  You will also join us in urging OCR to enforce the law to remedy the ugly anti-Semitism that tainted the Rutgers campus.

We would love to hear from you! Please fill out this form and we will get in touch with you shortly.
Trending Z
News October 30, 2018
At ZOA Gala Secy Pompeo Gave the Greatest, Most Pro-Israel Speech Ever Delivered by a Public Official
News October 30, 2018
Dershowitz in Arutz 7: NYC’s Temple Emanu-El Silences a Pro-Israel Voice & Promotes an Anti-Israel Voice
Uncategorized October 30, 2018
Jewish Press: Has Deborah Lipstadt Undercut Both Herself and Future Antisemitism Envoys?
CLJ October 30, 2018
ZOA Letter to Jason Wingard, President, Temple U, Concerning an Antisemitic Incident
Center for Law & Justice
We work to educate the American public and Congress about legal issues in order to advance the interests of Israel and the Jewish people.
We assist American victims of terrorism in vindicating their rights under the law, and seek to hold terrorists and sponsors of terrorism accountable for their actions.
We fight anti-Semitism and anti-Israel bias in the media and on college campuses.
We strive to enforce existing law and also to create new law in order to safeguard the rights of the Jewish people in the United States and Israel.
Our Mission
ZOA STATEMENT
The ZOA speaks out for Israel – in reports, newsletters, and other publications. In speeches in synagogues, churches, and community events, in high schools and colleges from coast to coast. In e-mail action alerts. In op-eds and letters to the editor. In radio and television appearances by ZOA leaders. Always on the front lines of pro-Israel activism, ZOA has made its mark.
Related Articles
OP-ED BY: ZOA Staff New Poll: Americans By 2-To-1 Margin Blame Palestinians For Talks’ Failure