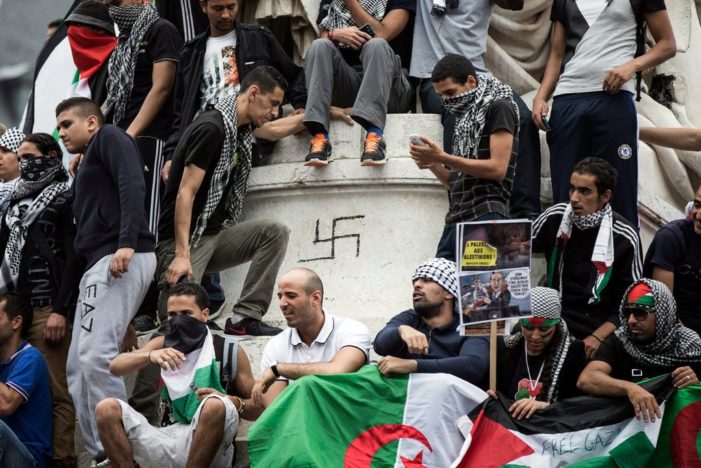 A new poll, compiled in September, has found that substantial numbers of Europeans hold anti-Semitic views and that knowledge of the Holocaust is fading. The poll, conducted by ComRes for CNN, surveyed 7,092 people from across Europe, with more than 1,000 people polled per country in seven countries: Austria, France, Germany, Britain, Hungary, Poland, and Sweden.

The CNN poll showed that one third of Europeans (and one half of Poles) believe that Jews exploit the Holocaust to promote their positions and goals and that Israel does so to justify its actions.

The CNN poll also showed that an astonishing 5% of Europeans, or one in twenty persons, have never heard of the Nazi genocide committed against European Jewry during World War Two.

In Austria, the birthplace of Hitler, 12% of young people said they had never heard of the Holocaust, while four out of ten Austrians admitted to knowing “little” about it.

In other finding, the poll showed that:

ZOA National President Morton A. Klein said, “This poll unfortunately confirms that anti-Semitic attitudes retain a substantial following in Europe, despite the Holocaust and the direct experience of Nazism’s depredations by all the countries concerned, other than Britain and Sweden.

“When more than a quarter of Europeans take the view that anti-Semitism is a response to Israeli actions, and nearly a fifth believe that Jewish behavior accounts for hostile views about Jews, then clearly anti-Semitic attitudes in Europe are still far from marginal. Such people are really saying that violence against and murder of Jews stems from something Jews are supposedly doing, thereby indulging in the anti-Semitic tendency of blaming Jews for anti-Semitism.

“Over-estimation of the size of world Jewry, amounting to exaggeration by a factor of 100, is itself an indicator of anti-Semitism, which perceives Jews as uniquely powerful and malevolent, rather than a tiny minority, however accomplished, in all countries other than Israel.

“The receding of knowledge of the Holocaust, as the generation of Europeans who lived through the Nazi era dies out, is perhaps to be expected, but it is hard to believe that 10% of Austrians have never heard about this major, unprecedented event in European history that occurred in living memory and with which, moreover, many Austrians were involved.

“Ignorance and hostility make a bad combination when thinking of the Jewish future in Europe, especially when one adds to this the vast immigration into Europe from Muslim societies, all of which are afflicted with endemic levels of anti-Semitism, which is altering these societies and bodes poorly for the future security and viability of Jewish communities in Europe.”

We would love to hear from you! Please fill out this form and we will get in touch with you shortly.
Trending Z
Uncategorized December 26, 2018
ZOA Analysis: Most American Rabbis Who Are Boycotting Some Israeli Ministers Are From Extremist Left Wing Groups (J Street; T’ruah; JVP)
Uncategorized December 26, 2018
ZOA: Israel’s Reasonable Judicial Reform Proposals Are Good for Democracy, the Rule of Law and the Economy
Uncategorized December 26, 2018
Israel’s “Right of Return” Grandparent Clause is De-Judaizing the Jewish State – Eliminate It
News December 26, 2018
ZOA is Disappointed, Offended and Frightened by 211 U.S. House Votes Supporting Jew-Hating, Israel-Hating Rep. Ilhan Omar
Center for Law & Justice
We work to educate the American public and Congress about legal issues in order to advance the interests of Israel and the Jewish people.
We assist American victims of terrorism in vindicating their rights under the law, and seek to hold terrorists and sponsors of terrorism accountable for their actions.
We fight anti-Semitism and anti-Israel bias in the media and on college campuses.
We strive to enforce existing law and also to create new law in order to safeguard the rights of the Jewish people in the United States and Israel.
Our Mission
ZOA STATEMENT
The ZOA speaks out for Israel – in reports, newsletters, and other publications. In speeches in synagogues, churches, and community events, in high schools and colleges from coast to coast. In e-mail action alerts. In op-eds and letters to the editor. In radio and television appearances by ZOA leaders. Always on the front lines of pro-Israel activism, ZOA has made its mark.
Related Articles
OP-ED Abbas’ Fatah/P.A. New Logo Features All Of Israel Only As ‘Palestine’