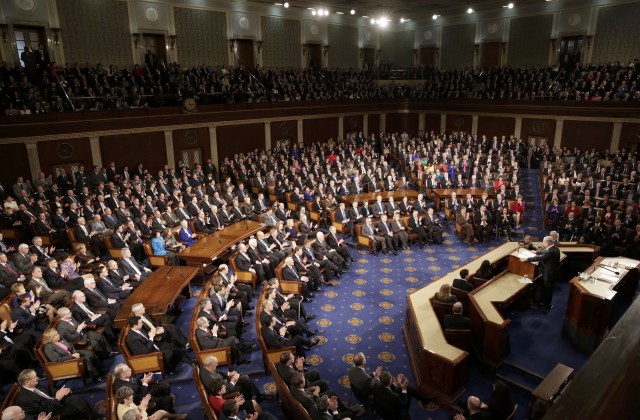 The Zionist Organization of America (ZOA) has criticized Democratic Congress members for holding up passage of legislation that would impose fresh sanctions on Syria, boost security cooperation between Israel and Jordan and deal with the machinations of the Boycott, Divestment, Sanctions (BDS) movement which, as admitted by its originators, aims for the ostracism and eventual elimination of the Jewish state of Israel and Jewish political independence.

Sen. Sanders is clearly wrong, BDS legislation is not a freedom of speech issue- entities boycotting Israel can still say anything they want against Israel.

While four Senate Democrats voted for cloture, the procedure that ends debate and initiates a vote, most did not, resulting in a vote of 53-43, seven short of the 60 votes required. Democrats have objected to moving legislation forward due to the partial government shutdown that has lasted 19 days due to an impasse between U.S. President Donald Trump and Democrats over $5.6 billion in funding for a barrier along the U.S./Mexico border.

Additionally, some Democrats, including Independent Bernie Sanders, who caucuses with the Democrats, object to the anti-BDS legislation and urge no action on any legislation that doesn’t concern reopening the government. Thus, Senator Sanders tweeted, “It’s absurd that the first bill during the shutdown is legislation which punishes Americans who exercise their constitutional right to engage in political activity. Democrats must block consideration of any bills that don’t reopen the government.” But Sanders is totally wrong, BDS legislation is not a freedom of speech issue- entities boycotting Israel can still say anything they want against Israel.

In short, these Democratic legislators are using the government shutdown as an excuse to hold up passage of bills that would enable state and local governments to combat the BDS movement.

ZOA National President Morton A. Klein said, “We are deeply critical of the stance adopted by those Democratic legislators who are holding up important legislation that affects both U.S. assistance to Middle East allies, including Israel, and which combats the vicious BDS movement.

“Many of the BDS groups are deeply anti-Semitic, like Students for Justice in Palestine (SJP), which has been shown by a detailed study undertaken by the Jerusalem Center for Public Affairs entitled, ‘Students for Justice in Palestine Unmasked,’ to ‘undertake initiatives to isolate, demonize, and ultimately destroy the state of Israel,’ is ‘affiliate[ed] with Arab and Islamic terror groups, is overtly anti-Semitic, incites hatred and violence against Jewish students, and rejects the existence of the state of Israel in any borders.’

“It is wrong to hold up important legislation dealing with BDS, holding it hostage to the resolution of the stand-off between the President and Congressional Democrats over the funding for the barrier along the U.S./Mexico border and the government shutdown.

“Passage of these bills would in no way affect the resolution of this problem and are for that reason alone wrongfully held up by Congressional Democrats.

“The ZOA acknowledges and praises the sound judgment shown by those Democratic senators –– Krysten Sinema (D–AZ), Doug Jones (D–AL), Joe Manchin (D–WV) and Robert Menendez (D–NJ) –– who voted for cloture so that two these bills could be voted up immediately.”

We would love to hear from you! Please fill out this form and we will get in touch with you shortly.
Trending Z
News January 14, 2019
New Biden Nominees Opposed Abraham Accords & Involved in Israeli Election Interference
Uncategorized January 14, 2019
ZOA Letter to DOJ & FBI on New “Mapping Project” Antisemitic Threat by ZOA Pres. Morton Klein, Dir. of Research/Special Projects Liz Berney, Esq., Dir. Center for Law & Justice Susan Tuchman, Esq.
Op-Ed January 14, 2019
ZOA’s Mort Klein JPost Op-Ed: BDS Mapping Project Targets Every Jew, Including Left Wing, Israelophobic Jews
News January 14, 2019
U.S. Senators Criticize Tamara Wittes, Biden Nominee’s Anti-Israel Bias ― Jewish Groups are Deafeningly Silent
Center for Law & Justice
We work to educate the American public and Congress about legal issues in order to advance the interests of Israel and the Jewish people.
We assist American victims of terrorism in vindicating their rights under the law, and seek to hold terrorists and sponsors of terrorism accountable for their actions.
We fight anti-Semitism and anti-Israel bias in the media and on college campuses.
We strive to enforce existing law and also to create new law in order to safeguard the rights of the Jewish people in the United States and Israel.
Our Mission
ZOA STATEMENT
The ZOA speaks out for Israel – in reports, newsletters, and other publications. In speeches in synagogues, churches, and community events, in high schools and colleges from coast to coast. In e-mail action alerts. In op-eds and letters to the editor. In radio and television appearances by ZOA leaders. Always on the front lines of pro-Israel activism, ZOA has made its mark.
Related Articles
OP-ED Abbas’ P.A. Continues to Promote Anti-Semitic Protocols Of The Elders Of Zion