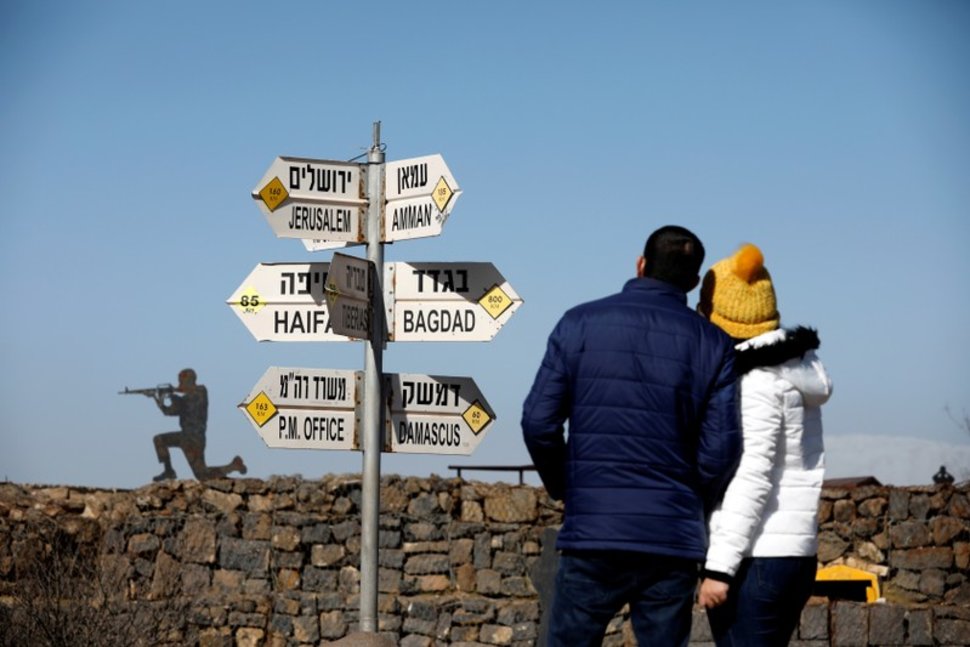 The ZOA strongly praises the U.S. State Department Human Rights reports on Israel, the Golan Heights, Gaza and the West Bank for dropping the use of the inaccurate term “occupied” territories and “occupied” Golan Heights – and for using the supporting and more accurate term “Israeli-controlled Golan Heights.” The report’s terminology is an important step towards U.S. recognition of Israeli sovereignty over the Golan Heights. Recognition of Israel’s sovereignty over the Golan would comport with the Jewish history and rights to the area, and is particularly needed to curtail Iran’s military activities in Syria and missile incursions into Israel from Syria. Israeli control of the Golan is also critical to prevent resumption of Syria’s regular shelling of Israelis in the Israeli valley below during the 19 years (1948-1967) when Syria controlled the Golan.

On the other hand, the ZOA is deeply concerned that the State Department report repeatedly describes at length allegations from over a dozen anti-Israel, pro-BDS, often Soros- and EU-funded NGOs – and gives these biased and hostile-to-Israel groups’ anti-Israel smears equal time or more play than the report gives to Israel’s response. The State Department report also wrongly calls these NGOs “human rights organizations.” These NGOs are not legitimate human rights organizations. Rather, these groups lead anti-Israel demonization campaigns, defend and promote terrorists, and are notorious for inventing and propagating anti-Israel falsehoods, and should never be relied on in an official U.S. publication or any publication. The allegations from these groups have been regularly proven false – including the allegations that formed the basis of the infamous Goldstone report – later retracted by its author.

The State Department report’s repeated recitation of false allegations by groups dedicated to demonizing Israel only encourages these anti-Israel groups to continue their propaganda warfare against the Jewish State.

ZOA urges the State Department to stop using these anti-Israel propagandists as sources for its reports!

ZOA praises the State Department report for listing rocket attacks on Israeli civilians, and for mentioning “Palestinians at the Gaza fence, including armed terrorists, militants who launched incendiary devices into Israel.”

However, we are concerned that the State Department report often used the inaccurate terms “protest” and “unarmed protestors” – which wrongly downplay the violent riots and attempted mass infiltration of Israel from the Gaza border.

Another problem is that the State Department reports on Western European countries omit mentioning Islamist perpetrators of attacks on Jews.

For instance, the State Department Human Rights report on France never mentions that radical Muslims are the perpetrators of the enormous number of violent attacks on Jews. The report describes the horrific antisemitic multiple-stabbing murder of 85-year-old Holocaust survivor Mirielle Knoll in her apartment in Paris – without mentioning that the perpetrator was Mrs. Knoll’s Muslim neighbor, who was screaming “Allahu Akhbar” while he stabbed Mrs. Knoll to death and burned her body.  The report does not mention the similar attack on 66-year-old Jewish physician Sarah Halimi by her Muslim neighbors.  Instead of mentioning the radical Muslim perpetrators of anti-Jewish violence, the State Department report speaks of antisemitic attacks in the same breath as “other racist and anti-Muslim attacks.”

The State Department Human Rights report on Belgium likewise lumps together antisemitism with anti-Muslim sentiment – while ignoring Islamist violence towards Jews, saying: “Human rights issues included some physical attacks motivated by anti-Semitism and anti-Muslim sentiment.” The report’s antisemitism section omits the Islamist perpetrators of antisemitic acts, and instead merely reports the number of official reports of antisemitic acts (56 in 2017, and 109 in 2016), and states “Anti-Semitic acts included physical attacks, verbal harassment, and vandalism of Jewish property.”

ZOA thanks the State Department for the positive aspects of its report, but urges the State Department to do much better in the future. We further urge the State Department to correct its just-issued 2018 report – to eliminate the allegations of anti-Israel propaganda NGOs; properly characterize the Gaza riots throughout the report; thoroughly report the Palestinian Authority leadership’s incitement to murder Jews; and identify the Islamist perpetrators of the violent attacks on Western European Jewry.

We would love to hear from you! Please fill out this form and we will get in touch with you shortly.
Trending Z
News March 18, 2019
ZOA Condemns U.S. State Dept. & U.S. Amb. Nides For Siding with Antisemitic, Discriminatory Palestinian & Hamas Terrorists re: the Temple Mount, Violating Jews’ Religious Freedom
News March 18, 2019
ZOA’s Klein JPost Op-Ed: There is Nothing Extreme About Israel’s New Government
Uncategorized March 18, 2019
FLASH: ISRAEL-JORDAN PEACE TREATY (1994) GUARANTEES JEWS ACCESS TO THE TEMPLE MOUNT – LET MY PEOPLE PRAY
Uncategorized March 18, 2019
ZOA Analysis: Most American Rabbis Who Are Boycotting Some Israeli Ministers Are From Extremist Left Wing Groups (J Street; T’ruah; JVP)
Center for Law & Justice
We work to educate the American public and Congress about legal issues in order to advance the interests of Israel and the Jewish people.
We assist American victims of terrorism in vindicating their rights under the law, and seek to hold terrorists and sponsors of terrorism accountable for their actions.
We fight anti-Semitism and anti-Israel bias in the media and on college campuses.
We strive to enforce existing law and also to create new law in order to safeguard the rights of the Jewish people in the United States and Israel.
Our Mission
ZOA STATEMENT
The ZOA speaks out for Israel – in reports, newsletters, and other publications. In speeches in synagogues, churches, and community events, in high schools and colleges from coast to coast. In e-mail action alerts. In op-eds and letters to the editor. In radio and television appearances by ZOA leaders. Always on the front lines of pro-Israel activism, ZOA has made its mark.
Related Articles
OP-ED BY: ZOA Poll: A Plurality Of Americans Think Hagel A Bad Choice For Secretary Of Defense