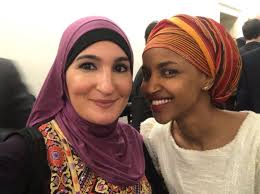 The Zionist Organization of America, the oldest pro-Israel organization in the United States, joins with Jewish and other pro-Israel leaders across the country in praising Texas Commissioner of Agriculture Sid Miller (R) for his strong public call to stop antisemitic Congresswoman Ilhan Omar (D-MI) from keynoting an upcoming community Iftar dinner in Austin, Texas; and joins Commissioner Miller’s public call to have Austin Mayor Steve Adler cancel his planned role as an honored guest at the Iftar dinner, sitting side-by-side with Congresswoman Omar.

Commissioner Miller explained that if Mayor Adler shares the stage with Rep. Omar, this will give Omar and her antisemitic rhetoric and denial of the true events of September 11th, 2001 unneeded and undeserved credibility. Commissioner Miller further stated:

“Ilhan Omar represents the worst in Islam. Her hateful anti-Jewish statements have no place in the United States Congress, and especially have no place in the Lone Star State, which prides itself on the state’s strong ties with Israel and her people, or in Austin, which is known for its inclusiveness and diversity. It’s not inclusive to feature a keynote speaker who repeatedly attacks Israel, the Jewish faith, and its adherents.”

ZOA received emails and phone calls this week from our members in Austin Texas and others in the community who are deeply alarmed and worried about Rep. Omar keynoting the Iftar dinner, and about Mayor Adler’s planned attendance.

“No American official – much less a Jewish American official – should stand on a dais with or attend an event honoring vicious Israel-hating Jew-hating America-hating terror-sympathizing bigot Rep. Ilhan Omar. In this era of increasing attacks on American Jews, officials must demonstrate by word and deed that they will not give any sort of comfort to purveyors of hatred such as Rep. Omar.”

“Commissioner Miller has called Congresswoman Omar what she is: an anti-Jewish leader whose short time in the United States Congress has been marked by repeated hate-filled attacks against the Jewish people, which have no place in the halls of Congress or anywhere else in America.”

“ZOA calls on other political and Jewish community leaders in Austin and beyond to join Commissioner Miller’s call for Austin’s Mayor Adler to cancel his participation in the Iftar dinner unless Omar is disinvited and replaced with a more suitable keynote speaker.”

Rep. Omar endangers all Americans: In 2016, Omar abused her position as a Minnesota public official to try to persuade a Minnesota judge to give reduced sentences to convicted Somali ISIS terrorists. And she still takes the same position. And in an interview in 2013 with Hamas supporter Ahmed Tharwat, Omar blamed US “involvement in other people’s affairs” for terrorism, and complained that Americans say the names “Al Qaeda,” “Al Shabaab” and “Hezbollah” as if those names were a bad thing.

Rep. Omar is an especial danger to American Jews.

ZOA’s analysis of Omar’s campaign contributors revealed that she is supported by many of the worst antisemitic Israel-hating groups and individuals in the country, whose agenda is the Jewish state’s destruction. Omar’s supporters include the leader of the anti-Israel Boycott, Divestment and Sanctions movement (BDS) and founder of the virulent and sometimes violent anti-Israel organizations Students for Justice in Palestine (SJP) and American Muslims for Palestine (AMP).

Omar is now herself promoting the anti-Israel, antisemitic BDS movement, after lying about her BDS position while running for Congress, in order to get elected. BDS torments American Jewish and pro-Israel students on American college campuses, demonizes and aims to completely destroy Israel, and is closely affiliated with terror groups Hamas, Palestinian Islamic Jihad, and the Popular Front for the Liberation of Palestine, and Fatah. BDS also targets Jewish artists, Jewish-owned businesses, universities and mainstream American companies that seek to do business in Israel.

Omar has moreover never apologized for falsely calling Israel “evil” and “an apartheid regime,” or for blaming terrorism on U.S. involvements, or for the rest of her terrible record. Omar also made false anti-Semitic claims that Jewish lobby money buys Congress, falsely claimed that Lindsey Graham is “compromised,” and abused her position on the House Foreign Affairs Committee to rudely lambaste Jewish U.S. Envoy to Venezuela Elliott Abrams, without giving him an opportunity to respond.

Omar has never sincerely apologized for any of her hateful statements – and always followed her “non-apologies” with more hate.

President Trump showed us this week that an Iftar dinner can and should take place without those who spew hatred. All of us should join with Commissioner Miller in urging that Ilhan Omar should be disinvited from the Iftar dinner in Austin – and that if Omar attends and gives the keynote speech, Austin’s Jewish mayor and other officials should avoid attending the dinner. At the very least, we urge any official that attends the dinner to walk out if and when Ilhan Omar gives her speech.

We would love to hear from you! Please fill out this form and we will get in touch with you shortly.
Trending Z
Uncategorized May 16, 2019
FLASH: ISRAEL-JORDAN PEACE TREATY (1994) GUARANTEES JEWS ACCESS TO THE TEMPLE MOUNT – LET MY PEOPLE PRAY
Uncategorized May 16, 2019
ZOA Analysis: Most American Rabbis Who Are Boycotting Some Israeli Ministers Are From Extremist Left Wing Groups (J Street; T’ruah; JVP)
Uncategorized May 16, 2019
Israel’s “Right of Return” Grandparent Clause is De-Judaizing the Jewish State – Eliminate It
Uncategorized May 16, 2019
Exclusive: ZOA Accuses Ilhan Omar of Hating the U.S. ‘as Much as Israel,’ Lauds Kevin McCarthy for ‘Throwing Her Off the HFAC’
Center for Law & Justice
We work to educate the American public and Congress about legal issues in order to advance the interests of Israel and the Jewish people.
We assist American victims of terrorism in vindicating their rights under the law, and seek to hold terrorists and sponsors of terrorism accountable for their actions.
We fight anti-Semitism and anti-Israel bias in the media and on college campuses.
We strive to enforce existing law and also to create new law in order to safeguard the rights of the Jewish people in the United States and Israel.
Our Mission
ZOA STATEMENT
The ZOA speaks out for Israel – in reports, newsletters, and other publications. In speeches in synagogues, churches, and community events, in high schools and colleges from coast to coast. In e-mail action alerts. In op-eds and letters to the editor. In radio and television appearances by ZOA leaders. Always on the front lines of pro-Israel activism, ZOA has made its mark.
Related Articles
OP-ED ZOA: Brookings Institution Must Return $14 Million To Qatar, Supporter of ISIS