Following a trip to Jerusalem, where ZOA National President Morton Klein participated on a two-person panel at the largest international anti-BDS conference in the world and where he met with a number of top level officials from both the U.S. and Israel, Klein was hosted by U.S. Ambassador to Germany Richard “Ric” Grenell at the Ambassador’s residence, following an invitation extended to him earlier this year.

During his visit, Mort had lengthy discussions with Ambassador Grenell about the problem of rising anti-Semitism across Europe and specifically in Germany.

He also met with German leaders like Annette Kahane, who leads a German institute fighting against the scourge of anti-Semitism and racism in Europe. They discussed both left-wing and right-wing Neo-Nazi and white supremacist anti-Semitism, including the growing problem of Islamic anti-Semitism in Germany and Europe.

In addition, ZOA’s Mort Klein participated in an important meeting held over dinner at the Ambassador’s residence with Roma (Gypsy) leaders. They discussed the bigotry that the Roma people face and possible solutions for combatting the prejudice.

The remainder of Mort’s trip to Germany included meetings and dinners with U.S. senators and other U.S. ambassadors and officials who were visiting Berlin at the time, as well as meetings with German officials, one of which was at a major rooftop Dinner at the Bundestag, the German Parliament building. 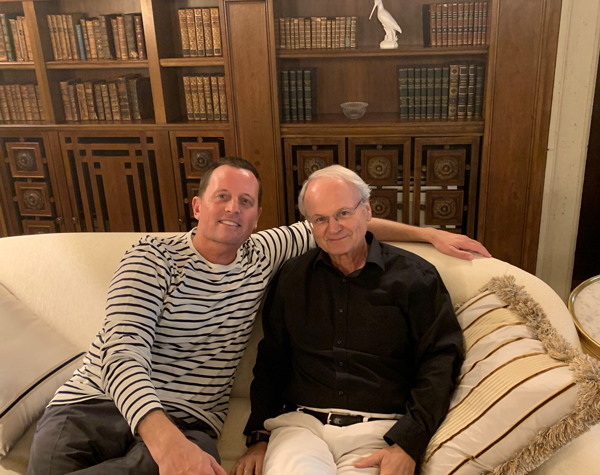 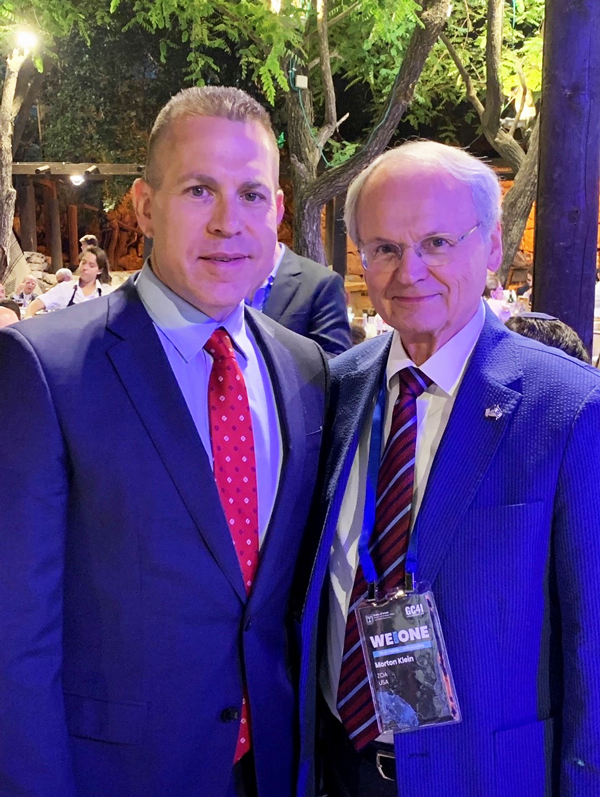 Israeli Minister of Strategic Affairs and Public Diplomacy Gilad Erdan and ZOA President Morton Klein. Minister Erdan had just given the opening speech at the Anti-BDS Conference held at the Waldorf Astoria in Jerusalem, Israel. 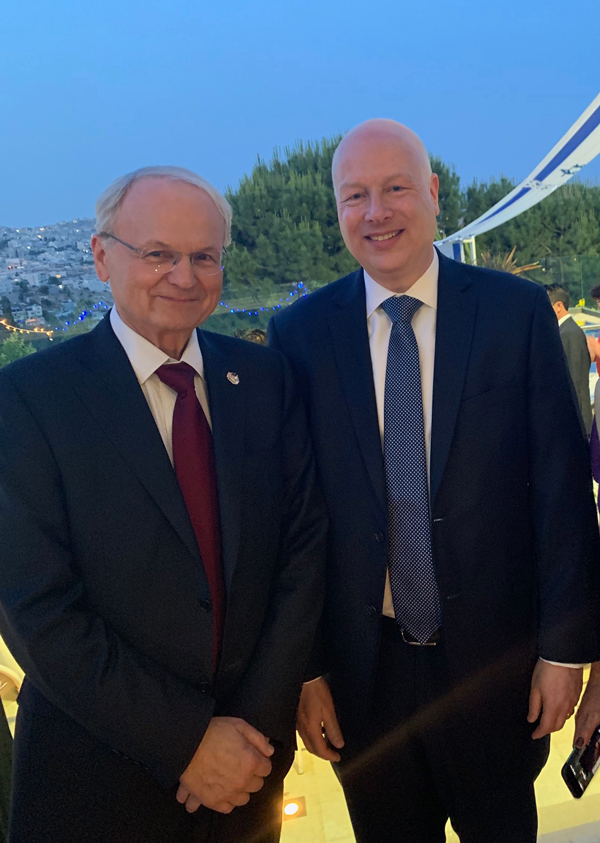 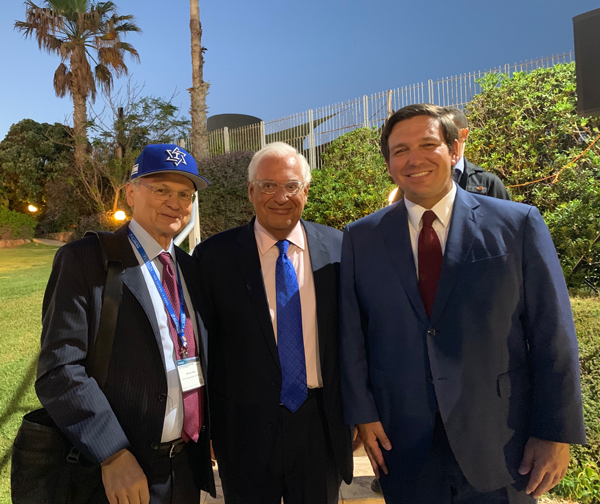 We would love to hear from you! Please fill out this form and we will get in touch with you shortly.
Trending Z
News June 28, 2019
ZOA Condemns U.S. State Dept. & U.S. Amb. Nides For Siding with Antisemitic, Discriminatory Palestinian & Hamas Terrorists re: the Temple Mount, Violating Jews’ Religious Freedom
News June 28, 2019
ZOA’s Klein JPost Op-Ed: There is Nothing Extreme About Israel’s New Government
Uncategorized June 28, 2019
FLASH: ISRAEL-JORDAN PEACE TREATY (1994) GUARANTEES JEWS ACCESS TO THE TEMPLE MOUNT – LET MY PEOPLE PRAY
Uncategorized June 28, 2019
ZOA Analysis: Most American Rabbis Who Are Boycotting Some Israeli Ministers Are From Extremist Left Wing Groups (J Street; T’ruah; JVP)
Center for Law & Justice
We work to educate the American public and Congress about legal issues in order to advance the interests of Israel and the Jewish people.
We assist American victims of terrorism in vindicating their rights under the law, and seek to hold terrorists and sponsors of terrorism accountable for their actions.
We fight anti-Semitism and anti-Israel bias in the media and on college campuses.
We strive to enforce existing law and also to create new law in order to safeguard the rights of the Jewish people in the United States and Israel.
Our Mission
ZOA STATEMENT
The ZOA speaks out for Israel – in reports, newsletters, and other publications. In speeches in synagogues, churches, and community events, in high schools and colleges from coast to coast. In e-mail action alerts. In op-eds and letters to the editor. In radio and television appearances by ZOA leaders. Always on the front lines of pro-Israel activism, ZOA has made its mark.
Related Articles
OP-ED BY: ZOA Staff New Poll: Americans By 2-To-1 Margin Blame Palestinians For Talks’ Failure