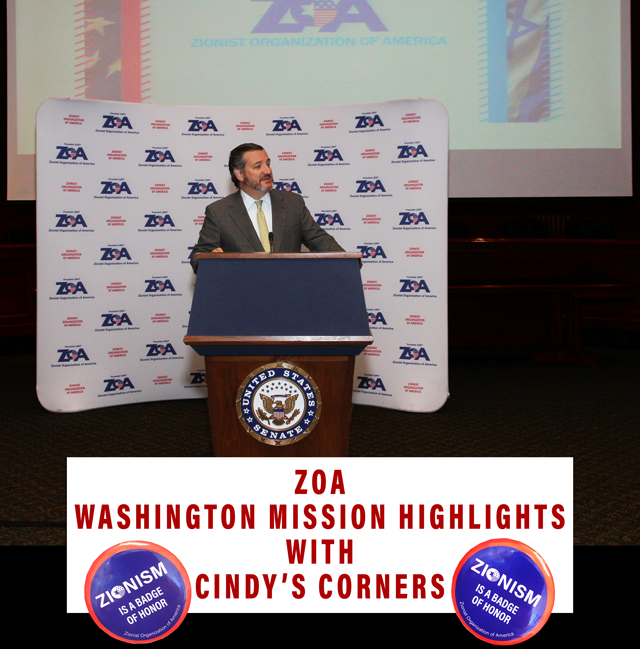 It’s no secret that I think that the Zionist Organization Of America is the number ONE group that fights anti-Israel and worldwide anti-Semitism successfully. My proof-attending their latest Washington DC mission, attended by over a thousand people and honored with the presence of over 35 elected officials. I was only able to attended the luncheon and follow up my several aides to those officials.

Morton Klein, ZOA National President was participating on a two-person panel at the largest international anti-BDS conference in the world in Israel, and had to miss this great event. Yet, without their leader, they put on a great event.

Second, so many moderate Democrats attended and spoke at the congressional luncheon, including many of our Jewish representatives. I can only assume they fear what many of us do, more anti-Semitic remarks from the young, more progressive newcomers.

Among the highlights were remarks from the following:

Senator Cruz stated: “G-d bless ZOA. You are all principled, you see clearly, and you seek the truth. And in Washington, that makes you radical. It’s something that is desperately needed. . . . ZOA, you have courage and power and a ferocious willingness to speak the truth. Thank you for your courage.”

Senator Cruz also noted that sometimes it’s good to pause and reflect on victories. He listed five recent victories, and his personal efforts to help bring these about: (1) the relocation of the U.S. embassy to Jerusalem, despite opposition from the then-U.S. State and Defense Departments; (2) the U.S. pullout from the Iran deal; (3) Ending oil waivers that had enabled the Ayatollah to continue selling over a million barrels of oil a day (bpd); and ending part of the civilian nuclear waivers; (4) Passage of Senator Cruz’s bi-partisan act to sanction groups that use human shields, to hold Hezbollah, Hamas and the Houthis accountable for their use of human shields; and (5) Passage, with a 100 to 0 vote, of Senator Cruz’s resolution condemning antisemitism (S. Res. 189). Senator Cruz noted regarding S. Res. 189: “All of us are alarmed by the rise of antisemitism. A trio of freshman Congresswoman, are engaged in deliberate antisemitic attacks. . . . The House needs to stand up and answer the same call.” 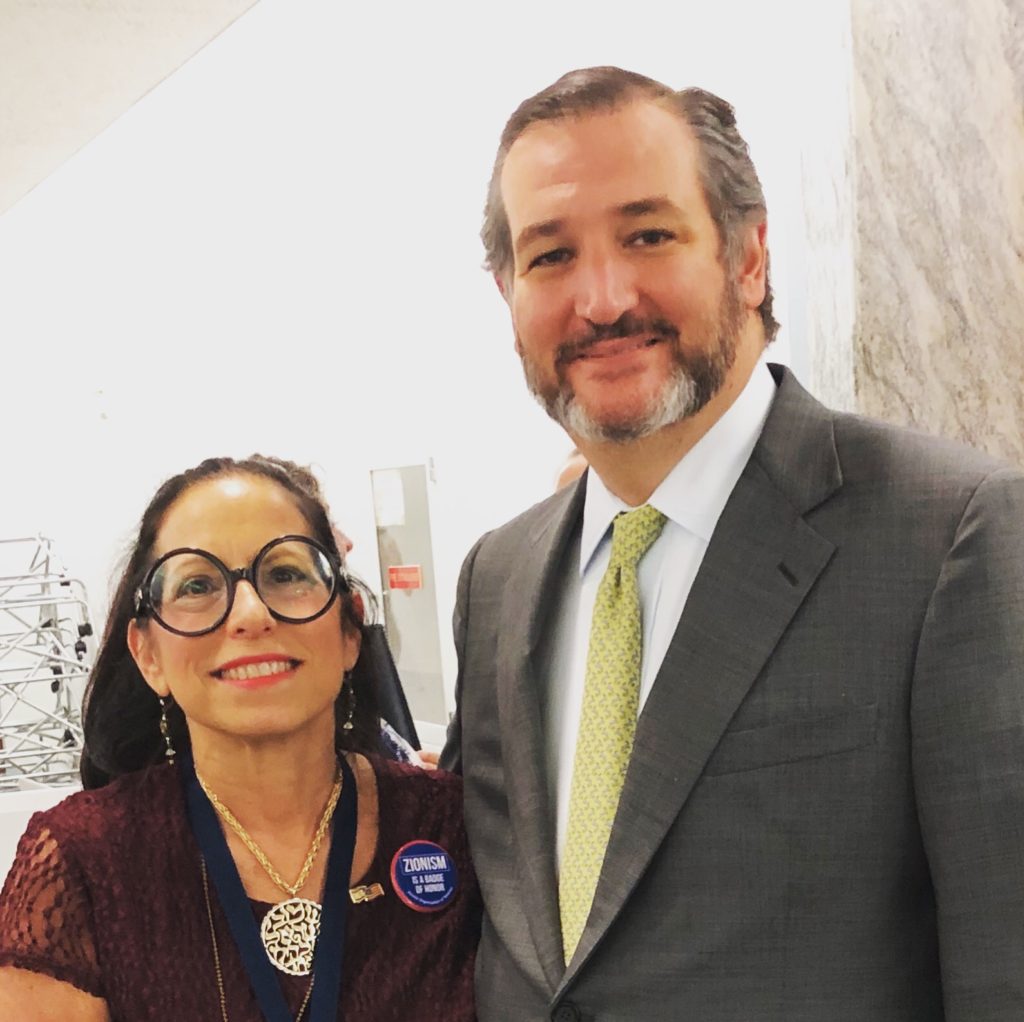 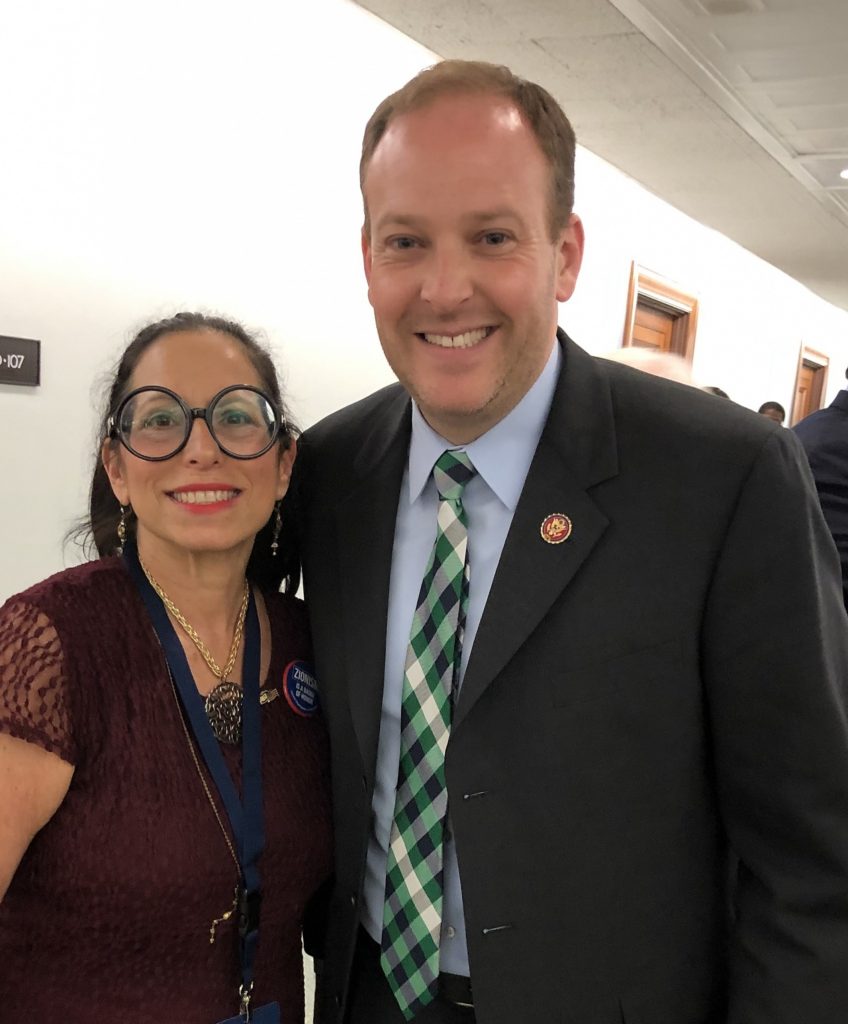 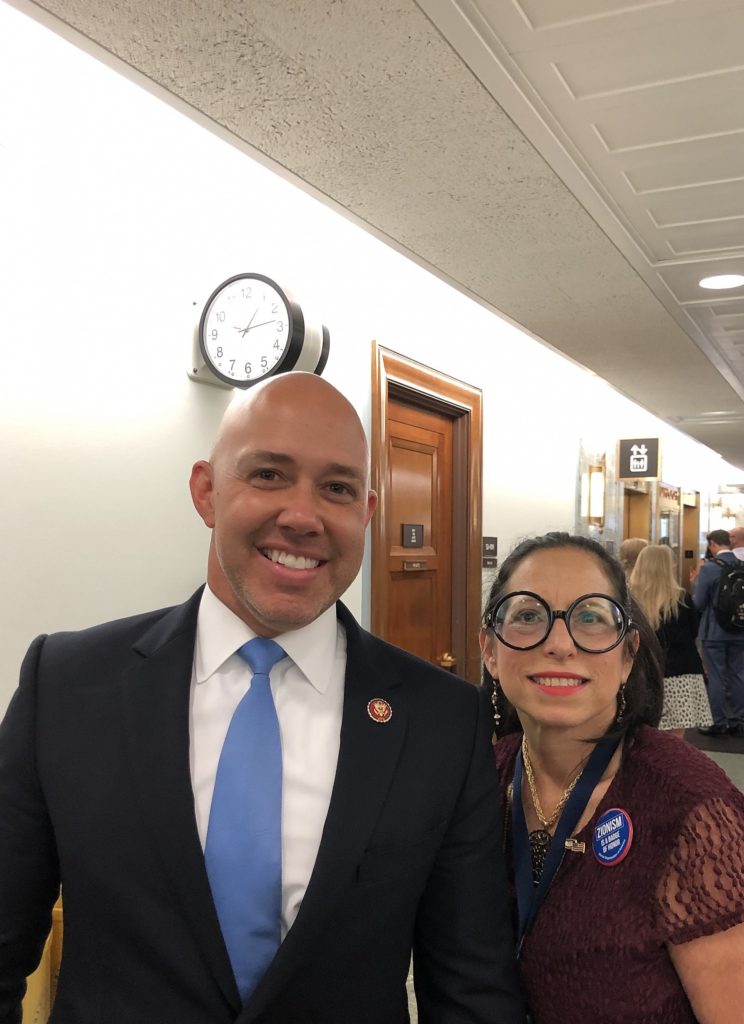 Rep. Elaine Goodman Luria (D-VA) thanked ZOA for inviting her, and explained: “I would have never thought that, as a new representative in Congress, that my first speech on the House floor would have been against antisemitism.

I am the first Jewish woman in the Southeast to ever serve in the US Congress. My speech was sort of like Dayenu: Had I not served 20 years in the military, would that have been enough to show my loyalty to our country?” Similarly, she came from a family that has served in the US military for generations. Would that have been enough to display loyalty to the U.S.? Rep. Luria recalled visiting Israel on a bipartisan trip with Rep. Dan Crenshaw. She stated: “It’s imperative to maintain our relationship with our democratic ally Israel. I look forward to working with you.”

Rep. Brad Sherman (D-CA) explained: “For 23 years, I’ve served on foreign affairs committee. I now co-chair the Israel Allies Caucus. I’ve been a pro-activist during most of my childhood, as well as well as my adult life. I’m going to need you as allies for an important mission I’m working on.”

Rep. Sherman recounted that he was the first member of the House (not just the first Democratic member of the House) to urge rejection of the JCPOA [the Iran deal]. He brought to attention the facts that the deal is not a binding treaty, it wasn’t ratified, and it wasn’t even an executive agreement. Rep. Sherman compared binding treaties to formal wedding ceremonies, and then stated: “The JCPOA is like 5 margaritas at a singles bar – it’s not a binding commitment.”

Rep. Sherman also noted: “We could have gotten a better agreement. The fact that we took away most of what they [Iran] got and they still want to stay in the agreement indicates we could have gotten a better agreement.” He also insisted that both Iran and Saudi Arabia should never get nuclear weapons, because weapons obtained by Saudi Arabia could fall into others’ hands tomorrow.

Congressman Sherman also stated: “Israel’s enemies have decided to fight a war of delegitimization. The Golan is peaceful compared to U.S. campuses.”

He spoke of fighting to get Jewish students covered by Title VI of the Civil Rights Act – a battle that ZOA fought alongside Rep. Sherman on behalf of Jewish students. Rep. Sherman also stated that the use of the State Department definition of antisemitism should be continued; and mentioned that his wife wrote the definition.

Rep. Sherman also spoke openly about the need for bi-partisan support of Israel. He described the fight that Republicans waged within their own party, to change the Republican party into a pro-Israel party, after former Secretary of State John Foster Dulles [1953–1959] threatened Israel with sanctions, and the anti-Israel [Eisenhower] administration forced Israel to withdraw from Sinai, which Israel had to reconquer a decade later. Rep. Sherman commented: “Republicans were successful in changing their party from the 1950s and 1960s and 1970s . . . Basically we don’t have the same problem there [in the Republican Party today] as they do within my party. . . We have our work cut out for us in the Democratic party.” Rep. Sherman stated that he would not mention names of particular offenders within his party because: “I am not here to add notoriety to anyone I don’t particularly agree with. Power in this town is fame, and who they [the news media] cover. I prefer that they get less coverage.”

Rep. Sherman also mention that he wrote the Israel-Energy Joint Cooperation Act, and needs support to help end the addiction to petroleum. He added: “When people think of Israel, we need that people should think of science.”

Rep. Brian Mast (R-FL) stated: “It’s always great to be back with you all. . . . An issue came across my desk recently of a two-state solution: But when they [terrorists paid by the Palestinian Authority] are doing bus bombings, shootings, and knifings, [etc.], I don’t see the idea of giving them a state as good policy.” The audience cheered.Rep. Mast asked his friends, Congressmen Dan Crenshaw and Jim Baird (R-IN) to come and stand next to him as “props.” In a very moving moment, Rep. Mast noted that he is a double amputee with no legs, Dan Crenshaw is missing an eye, and Jim Baird lost an arm in Vietnam. Rep. Mast explained: “The best thing we can hope for is living through those moments of difficulty, and then having times that we enjoy. In Israel, you have the same thing.”

Again, I stand with ZOA. ZOA is the only major American Zionist organization to speak with consistent clarity about the ongoing threats facing Israel and the Jewish people. It is because of ZOA’s bold and unapologetic voice that we have such a significant impact on public discourse and policy.The original article was posted in The Times of Israel and can be found here.

We would love to hear from you! Please fill out this form and we will get in touch with you shortly.
Trending Z
Uncategorized July 3, 2019
FLASH: ISRAEL-JORDAN PEACE TREATY (1994) GUARANTEES JEWS ACCESS TO THE TEMPLE MOUNT – LET MY PEOPLE PRAY
Uncategorized July 3, 2019
ZOA Analysis: Most American Rabbis Who Are Boycotting Some Israeli Ministers Are From Extremist Left Wing Groups (J Street; T’ruah; JVP)
Uncategorized July 3, 2019
Israel’s “Right of Return” Grandparent Clause is De-Judaizing the Jewish State – Eliminate It
Uncategorized July 3, 2019
Exclusive: ZOA Accuses Ilhan Omar of Hating the U.S. ‘as Much as Israel,’ Lauds Kevin McCarthy for ‘Throwing Her Off the HFAC’
Center for Law & Justice
We work to educate the American public and Congress about legal issues in order to advance the interests of Israel and the Jewish people.
We assist American victims of terrorism in vindicating their rights under the law, and seek to hold terrorists and sponsors of terrorism accountable for their actions.
We fight anti-Semitism and anti-Israel bias in the media and on college campuses.
We strive to enforce existing law and also to create new law in order to safeguard the rights of the Jewish people in the United States and Israel.
Our Mission
ZOA STATEMENT
The ZOA speaks out for Israel – in reports, newsletters, and other publications. In speeches in synagogues, churches, and community events, in high schools and colleges from coast to coast. In e-mail action alerts. In op-eds and letters to the editor. In radio and television appearances by ZOA leaders. Always on the front lines of pro-Israel activism, ZOA has made its mark.
Related Articles
OP-ED BY: Morton A. Klein, ZOA Jerusalem is Holy to Jews, Not to Muslims