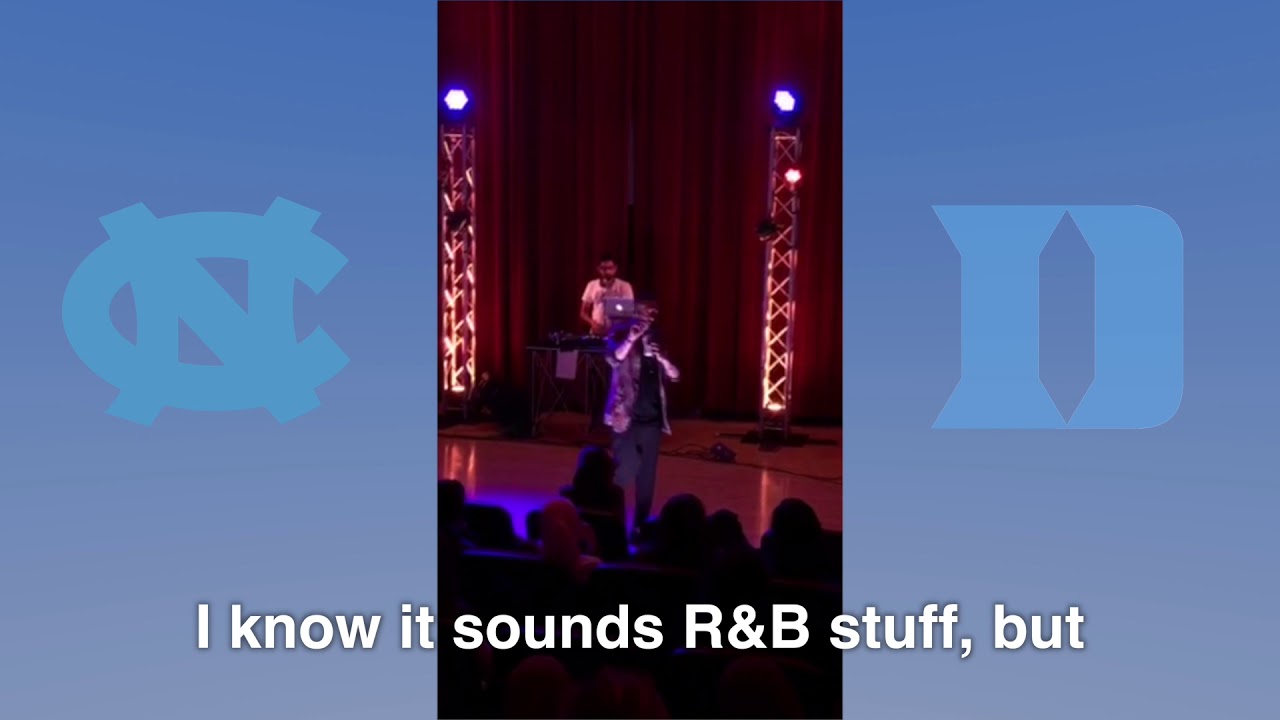 The Zionist Origination of America (ZOA) achieved another significant legal victory in the fight against campus anti-Semitism: Triggered by the ZOA’s complaint filed with the U.S. Department of Education’s Office for Civil Rights (OCR) against the University of North Carolina at Chapel Hill (UNC) and Duke University, Duke entered into a resolution agreement with OCR to resolve the complaint on December 3, 2019. UNC signed a similar resolution agreement last month.

The ZOA’s April 17, 2019 complaint alleged that UNC and Duke co-sponsored a one-sided anti-Israel conference on March 22-24, 2019, titled “Conflict over Gaza: People, Politics and Possibilities.” The conference, held on the UNC campus, included an offensive anti-Semitic performance by a rapper.

The rapper encouraged the audience to “think of Mel Gibson” – the actor with a history of making anti-Semitic statements” – as they sang along with him. “Go that anti-Semitic,” the rapper urged. “I cannot be anti-Semitic alone.”

In a video that went viral, the audience – presumably comprised of students, faculty and administrators, among others – can be heard singing along and laughing to the refrain, “Oh! I’m in love with a Jew.” Days after the conference, anti-Semitic flyers were discovered on the UNC campus, warning of an “evil Jewish plot” and stating “do everything you can to fight the silent covert Jewish attempt to enslave and kill good Americans.”

In response to the ZOA’s complaint, OCR opened an investigation to determine whether a hostile environment existed in connection with the conference and if so, whether UNC and Duke appropriately responded as required by Title VI of the Civil Rights Act. Before OCR completed its investigation, both UNC and Duke expressed interest in resolving the issues raised in the complaint. UNC entered into a resolution agreement with OCR on October 14, 2019.

In a resolution letter dated December 10, 2019, OCR informed the ZOA that Duke signed a resolution agreement, too.  The Resolution Agreement requires Duke to take the following steps:

OCR will monitor Duke University’s implementation of the Resolution Agreement until the university fulfills its terms.

ZOA National President Morton A. Klein and Director of the ZOA’s Center for Law and Justice Susan B. Tuchman, Esq. praised Duke University for working cooperatively with OCR to resolve the issues raised in the ZOA’s complaint: “The ZOA is so proud that its work has once again led to a result that will help protect Jewish students from anti-Semitic harassment and discrimination and assure them the safe and welcoming environment every student deserves.

“We thank OCR for promptly and effectively responding to the shocking display of anti-Semitism at the UNC-Duke anti-Israel conference last spring. Just days after Duke signed this Resolution Agreement, President Donald Trump issued an Executive Order on Combating Anti-Semitism which makes it even clearer that our government is committed to fighting this ugly hatred here in the U.S. and around the world, especially on our college campuses.

“Given the alarming rise in campus anti-Semitism, we are so grateful that the U.S. government is finally sending a strong message to colleges and universities across the country – that if they fail to respond to the anti-Semitic harassment and intimidation of Jewish students, they will face legal consequences, which could include the loss of federal funding.”

We would love to hear from you! Please fill out this form and we will get in touch with you shortly.
Trending Z
News December 17, 2019
ZOA Deplores that Pres. Trump Dined with Jew-Haters Kanye West & Nick Fuentes, and Demands he Condemn Them
Uncategorized December 17, 2019
ZOA Honors Trump With Rarely Given Herzl Award for His Great Pro-Israel Work – Joins Ranks of Balfour, Truman, Begin, Meir, Ben-Gurion
News December 17, 2019
ZOA Responds to Questions About Pres. Trump, Kanye West, Fuentes, etc. Issue
Uncategorized December 17, 2019
Zionist Organization of America Honors Donald Trump for Support for Israel, Jewish Community
Center for Law & Justice
We work to educate the American public and Congress about legal issues in order to advance the interests of Israel and the Jewish people.
We assist American victims of terrorism in vindicating their rights under the law, and seek to hold terrorists and sponsors of terrorism accountable for their actions.
We fight anti-Semitism and anti-Israel bias in the media and on college campuses.
We strive to enforce existing law and also to create new law in order to safeguard the rights of the Jewish people in the United States and Israel.
Our Mission
ZOA STATEMENT
The ZOA speaks out for Israel – in reports, newsletters, and other publications. In speeches in synagogues, churches, and community events, in high schools and colleges from coast to coast. In e-mail action alerts. In op-eds and letters to the editor. In radio and television appearances by ZOA leaders. Always on the front lines of pro-Israel activism, ZOA has made its mark.
Related Articles
OP-ED BY: Morton Klein Obama Must Apologize For and Fire Official Who Called Netanyahu “Chickens..t”

The Zionist Organization of America (ZOA) has expressed deep concern about the Obama Administration over numerous, recent incidents of bias against and hostility to Israel. It has also called on President Obama to name, condemn and fire the Administration official who was quoted by the Atlantic’s Jeffrey Goldberg, who is understood to have excellent contacts […]

The Zionist Organization of America (ZOA) has praised Senator Bob Menendez (D–NJ), Ranking Member of the Senate Foreign Relations Committee, for his courageous, forthright and principled stand in favor of legislation to reimpose tough economic sanctions on Iran if it fails to dismantle its nuclear weapons program. The ZOA has also praised Senator Menendez for […]