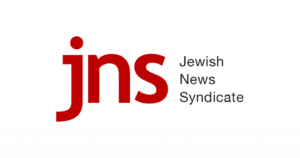 U.S. President Donald Trump issued a monumental Executive Order on Combating Anti-Semitism on Dec. 11, giving the U.S. government the tools it needed to fight campus anti-Semitism. Importantly, these tools cannot be taken away, unless this president or another overturns the order.

The executive order requires that Title VI of the Civil Rights Act of 1964, which prohibits racial and ethnic discrimination at federally funded programs (thus making it applicable to all public colleges and universities, and most private ones) be enforced to protect Jewish students. The executive order also requires federal agencies to consider the International Holocaust Remembrance Alliance (IHRA) definition of anti-Semitism when they enforce Title VI. The definition appropriately identifies when targeting Israel may be a manifestation of anti-Semitism. At the time of the executive order, the U.S. State Department and the U.S. Department of Education were already using the IHRA definition, and it has already been adopted by approximately 30 countries around the world.

In an op-ed published in The Guardian, Kenneth Stern, who once served as the American Jewish Committee’s director on anti-Semitism and extremism, condemned the executive order. He claims that the president’s directive that federal agencies consider the IHRA anti-Semitism definition will destroy the right to free expression on college campuses. He even makes the absurd accusation that now, “right-wing Jewish groups” like the Zionist Organization of America (ZOA) “will hunt political speech with which they disagree.”

Stern’s free-speech claims are baseless. His accusation against Jewish organizations like the ZOA are false and shameful, since for years we have been at the forefront in fighting campus anti-Semitism, long before other mainstream groups would even acknowledge the problem.

The Department of Education has always enforced Title VI consistent with the First Amendment, and it will surely continue to do so. In fact, the executive order specifically commands that “agencies shall not diminish or infringe upon any right protected under Federal law or under the First Amendment.”

As for Stern’s attack on the ZOA, we deserve to be evaluated by the trailblazing and effective work we’ve done to combat campus anti-Semitism, not by labels that are thrown around in a cheap effort to discredit and marginalize us.

It was the ZOA that filed a groundbreaking student-supported legal action under Title VI against the University of California, Irvine—the first case of campus anti-Semitism that the Department of Education ever agreed to investigate under the law. The Forward, a left-wing newspaper,lauded our pioneering work. Sadly, not one Jewish organization publicly supported our efforts.

ZOA was also among the groups selected to testify before the U.S. Commission on Civil Rights when this independent bipartisan federal agency held its first-ever hearing on campus anti-Semitism. Our input helped trigger the commission’s landmark findings and recommendations about campus anti-Semitism; its detailed report about the problem to the president and to Congress; and a public-education campaign to end campus anti-Semitism.

It was the ZOA’s work that triggered bipartisan support from members of Congress for Title VI protections for Jewish students. Congressman Brad Sherman, a liberal Democrat from California, was one of our most valued partners.

It was also the ZOA that spearheaded a letter to the Secretary of Education in 2010, urging the Department of Education to enforce Title VI to protect Jewish students. Twelve groups co-signed the letter, including the American Jewish Committee, the Anti-Defamation League, Hillel, the Jewish Council for Public Affairs and the Religious Action Center of Reform Judaism. Kenneth Stern could never characterize any of these groups we were privileged to partner with as “right-wing.”

Indeed, after our efforts led the Department of Education in the Obama administration to issue a policy letter that Title VI would be enforced to protect Jewish students, Stern publicly criticized it. He made the very same free-speech claims he is making now. His boss at the time, David Harris, the American Jewish Committee’s executive director, repudiated Stern’s statement, calling it “ill-advised” and explaining that “[u]nfortunately, AJC’s internal system of checks and balances did not function well in this case.”

It was the ZOA that successfully used Title VI to protect Jewish students at Brooklyn College after they were unjustifiably ejected from an anti-Israel event. It was our work that caused Northeastern University to take steps to address the anti-Semitic harassment on that campus. Our work also triggered an independent investigation of anti-Semitism on the City University of New York campuses, ordered by CUNY’s Chancellor. Our Title VI action against Rutgers University led the Department of Education to decide to use the IHRA definition of anti-Semitism when it considers whether discrimination against students is based on their actual or perceived Jewish ancestry. And it was the ZOA’s work that triggered government investigations into whether the University of North Carolina at Chapel Hill and Duke University effectively addressed a hostile anti-Semitic environment as required by Title VI. Before the government could complete its investigations, both universities signed resolution agreements that will help ensure that they respond more effectively to campus anti-Semitism.

Not one of the ZOA’s legal efforts sought or led to the suppression of free speech. Our goal is simple: to ensure that Jewish students have the same legal protections that are afforded to other ethnic and racial groups when they face harassment or discrimination. We will continue to fight for the right of students to be proud Jews and proud Zionists on their campuses without fear of being ostracized, threatened or worse. Kenneth Stern may throw around ridiculous labels to disparage the president’s executive order and ZOA’s effective fight against campus anti-Semitism, but the safety and well-being of Jewish students is not—and should not be—a partisan issue.

Click here to view the original Op-Ed in JNS.

We would love to hear from you! Please fill out this form and we will get in touch with you shortly.
Trending Z
Uncategorized December 23, 2019
FLASH: ISRAEL-JORDAN PEACE TREATY (1994) GUARANTEES JEWS ACCESS TO THE TEMPLE MOUNT – LET MY PEOPLE PRAY
Uncategorized December 23, 2019
ZOA Analysis: Most American Rabbis Who Are Boycotting Some Israeli Ministers Are From Extremist Left Wing Groups (J Street; T’ruah; JVP)
Uncategorized December 23, 2019
Israel’s “Right of Return” Grandparent Clause is De-Judaizing the Jewish State – Eliminate It
Uncategorized December 23, 2019
Exclusive: ZOA Accuses Ilhan Omar of Hating the U.S. ‘as Much as Israel,’ Lauds Kevin McCarthy for ‘Throwing Her Off the HFAC’
Center for Law & Justice
We work to educate the American public and Congress about legal issues in order to advance the interests of Israel and the Jewish people.
We assist American victims of terrorism in vindicating their rights under the law, and seek to hold terrorists and sponsors of terrorism accountable for their actions.
We fight anti-Semitism and anti-Israel bias in the media and on college campuses.
We strive to enforce existing law and also to create new law in order to safeguard the rights of the Jewish people in the United States and Israel.
Our Mission
ZOA STATEMENT
The ZOA speaks out for Israel – in reports, newsletters, and other publications. In speeches in synagogues, churches, and community events, in high schools and colleges from coast to coast. In e-mail action alerts. In op-eds and letters to the editor. In radio and television appearances by ZOA leaders. Always on the front lines of pro-Israel activism, ZOA has made its mark.
Related Articles
OP-ED BY: Morton A. Klein ZOA: Poof, the magic settlements!