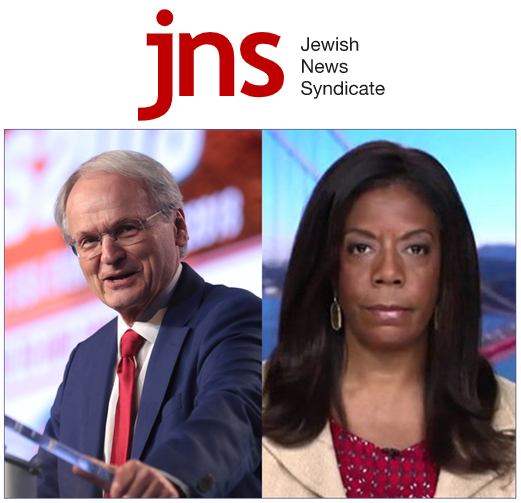 From every pulpit, platform, and media outlet, political leaders, religious leaders, African American, Muslim, academic, and other community leaders need to send forth the message that this hatred and violence against innocent Jewish people is wrong and must stop. Now.

Many American Jews are now afraid to walk the streets wearing clothing, yarmulkes, or Jewish stars and mezuzahs that identify them as Jews. The vast majority of Americans of all colors and creeds are peaceful and law-abiding. But, alarmingly, the past months have seen a growing fringe of African Americans assaulting and even murdering Jews. It is concerning that ADL surveys show that a much greater percentage of African Americans are antisemitic, compared to other U.S. citizens.

Hateful antisemitic teachings and statements beget hateful actions. The seeds for the deadly and daily violence that we are now seeing may have been planted when Nation of Islam leader Louis Farrakhan called Jews “members of the synagogues of Satan” and “termites”; and when certain Black Hebrew Israelite groups preached that Jews are “fake” and “white devils”; and when prominent Temple University Professor and Black Muslim Marc Lamont Hill accused Jews of blood libels and called for the elimination of the Jewish state; and when many radical Islamic Imams call for killing Jews in sermons preached in mosques right here in America; and when Muslim activists like Linda Sarsour praise certain Jew-killers and terrorists and preach against “normalizing” Jews; and when antisemitic groups like the so-called Students for Justice in Palestine (SJP) claim Jews kill babies and call for Jews to be thrown off their campuses; and when Reps. Ilhan Omar, Alexandria Ocasio-Cortez, and Rashida Tlaib are not repudiated by Congress and are not removed from every Committee on which they serve despite their outpouring of false accusations and viciousness against the Jewish people.

These and other Jew-haters must be publicly condemned and ostracized.

It is also concerning that ADL polls show that a much greater percentage of Muslims in America are antisemitic compared to other groups. We painfully point out that some of these attackers have been reported to be Black Muslims.

When Ilhan Omar falsely accused Jews of “evil doings,” and Rashida Tlaib erased the Jewish state from her Congressional map, and AOC incited violence by saying that Palestinians-Arabs “have no choice but to riot” against Jews, and none of these haters suffered any consequence for their antisemitism, it may have helped set the stage for attacks on Jews.

We also repudiate Sen. Bernie Sanders and Elizabeth Warren for working with and hiring antisemitic Israelophobes like Linda Sarsour and Rep. Ilhan Omar.

At the same time, we note that this is not a partisan matter. We condemn antisemitism on the Right. We have consistently repudiated hatred spewed by White Nationalists.

We dare not allow these public antisemites and antisemitic groups such as the Nation of Islam, radical Muslim groups, radical African American groups, and white supremacists to legitimize and mainstream and normalize antisemitism.

“Anti-semitism is on the rise. Even in the U.S. Even in NY! We better start being honest about its root causes and perpetrators, because the unthinkable can happen again.” (retweeting Len Khodorkovsky)

The Jewish and African American communities have much in common. Both communities experienced being enslaved, redlining, longstanding discrimination, and terrible torments. Mr. Klein was born in a displaced persons camp in Germany and is the child of Holocaust survivors. Mr. Klein testified before Congress’ House Judiciary Committee on Hate Crimes in April, and showed examples of how neo-Nazi websites primarily target Blacks and Jews. Dr. Skinner was born before President Lyndon Johnson signed the Civil Rights Act and the Voting Rights Act, and thus was born into an America that had legal discrimination and segregation in some parts of the country.

We must all continue to rise above our pasts.

It is horrible to now see some African American and other minorities directing hatred and violence at Jewish people in recent months. We need to remember that we are brothers and sisters. Every leader must send forth the message: Stop the hate, stop the antisemitism, and stop the attacks. Now.

Click here to read the original article posted on JNS.org.

We would love to hear from you! Please fill out this form and we will get in touch with you shortly.
Trending Z
News January 3, 2020
ZOA Deplores that Pres. Trump Dined with Jew-Haters Kanye West & Nick Fuentes, and Demands he Condemn Them
Uncategorized January 3, 2020
ZOA Honors Trump With Rarely Given Herzl Award for His Great Pro-Israel Work – Joins Ranks of Balfour, Truman, Begin, Meir, Ben-Gurion
News January 3, 2020
ZOA Responds to Questions About Pres. Trump, Kanye West, Fuentes, etc. Issue
Uncategorized January 3, 2020
Zionist Organization of America Honors Donald Trump for Support for Israel, Jewish Community
Center for Law & Justice
We work to educate the American public and Congress about legal issues in order to advance the interests of Israel and the Jewish people.
We assist American victims of terrorism in vindicating their rights under the law, and seek to hold terrorists and sponsors of terrorism accountable for their actions.
We fight anti-Semitism and anti-Israel bias in the media and on college campuses.
We strive to enforce existing law and also to create new law in order to safeguard the rights of the Jewish people in the United States and Israel.
Our Mission
ZOA STATEMENT
The ZOA speaks out for Israel – in reports, newsletters, and other publications. In speeches in synagogues, churches, and community events, in high schools and colleges from coast to coast. In e-mail action alerts. In op-eds and letters to the editor. In radio and television appearances by ZOA leaders. Always on the front lines of pro-Israel activism, ZOA has made its mark.
Related Articles
OP-ED Gov. Pataki Speaks At Rally Opposing Anti-Semitic Met Opera – ZOA Quoted

The chaos enveloping American Jewry since the election of President Donald Trump—which many predicted would be merely a passing phenomenon—has in fact increased exponentially over the past few months. It is concurrent with the turmoil prevailing at all levels inside the new administration. However, it is precisely at such a turbulent time, when the leadership […]