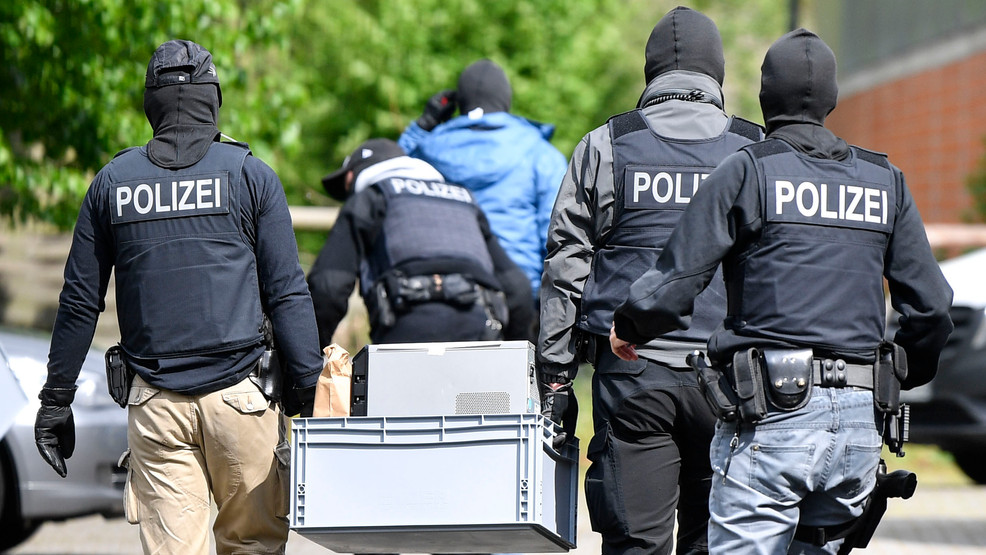 The ZOA praises the German government for banning the entire Hezbollah terrorist organization, without distinguishing among Hezbollah’s purported political, military and social arms.  Hezbollah’s various purported arms all work together to achieve Hezbollah’s and Iran’s terrorist and genocidal objectives.

In July 2019, senior U.S. officials called on other nations to ban the entire Hezbollah terrorist organization, stating:  “Just this year the UK designated the entirety of the [Hezbollah] terrorist group. We believe it is time for other nations around the world to recognize that there is no distinction between Hezbollah’s political and military wing.”

ZOA appreciates that Germany has now recognized that the entirety of Hezbollah is a terrorist entity, and that Germany is taking action to counter Hezbollah’s activities.

Countries that have designated Hezbollah in its entirety as a terror organization now include: the U.S., Israel, the Arab League, Argentina, Bahrain, Canada, Columbia, France, Germany, Guatamela, Honduras, the Gulf Cooperation Council, the Netherlands, Paraguay, and the United Kingdom.

Some countries, including the European Union, Australia, New Zealand have only designated Hezbollah’s “military wing” as a terrorist organization, despite the fact that all of Hezbollah’s operations are intertwined and serve its terror agenda.   ZOA calls on these nations, and all nations, to fully designate the Hezbollah terror group as an FTO.

History:  Iran’s Islamic Revolutionary Guard Corp (IRGC) established Hezbollah in 1982 to export Iranian terror around the world.  In 1983, at the Iranian regime’s direction, Hezbollah carried out suicide bombings of the U.S. Embassy in Beirut (murdering 63 innocent persons, including 17 Americans), and the U.S. marine barracks in Beirut (murdering 241 innocent American marines and other U.S. service personnel).  Hezbollah suicide attacks from 1982-1986 murdered 659 people.  Iran/Hezbollah also provided explosives, planning and training for the deadly terrorist bombings of Khobar Towers (in 1996, 19 innocent Americans murdered and hundreds wounded); and the U.S. embassies in Kenya and Tanzania (in 1998, over innocent 200 people killed).  The U.S. District Court for the Southern District of New York also concluded that Iran and Hezbollah played key roles in planning 9-11 and training the 9-11 terrorists. In January 2020, Hezbollah leader Hasan Nasrallah called for all of Iran’s allies to exact “revenge” on the United States.

Hezbollah has carried out numerous terror and rocket  attacks against Israelis and Jews, including bombing the Israeli Embassy in Buenos Aires, Argentina in 1992 (murdering 19 innocent people); bombing the Buenos Aires Jewish Community Center in in 1994 (murdering 85 innocent people and injuring hundreds); firing 4,000 rockets into Israel during the 2006 Lebanon war; planting explosives near the border that have injured Israelis; and firing further missiles into Israel, including firing missiles into an Israeli farming community in September 2019.  Hezbollah continues to threaten Israel with annihilation; is expanding its massive missile arsenal, in violation of UN Security Council Resolution 1701; is manufacturing new precision-guided missiles; and is converting its huge arsenal of 150,000 rockets pointed at Israel into precision weapons.

We would love to hear from you! Please fill out this form and we will get in touch with you shortly.
Trending Z
News May 3, 2020
New Biden Nominees Opposed Abraham Accords & Involved in Israeli Election Interference
Uncategorized May 3, 2020
ZOA Letter to DOJ & FBI on New “Mapping Project” Antisemitic Threat by ZOA Pres. Morton Klein, Dir. of Research/Special Projects Liz Berney, Esq., Dir. Center for Law & Justice Susan Tuchman, Esq.
Op-Ed May 3, 2020
ZOA’s Mort Klein JPost Op-Ed: BDS Mapping Project Targets Every Jew, Including Left Wing, Israelophobic Jews
News May 3, 2020
U.S. Senators Criticize Tamara Wittes, Biden Nominee’s Anti-Israel Bias ― Jewish Groups are Deafeningly Silent
Center for Law & Justice
We work to educate the American public and Congress about legal issues in order to advance the interests of Israel and the Jewish people.
We assist American victims of terrorism in vindicating their rights under the law, and seek to hold terrorists and sponsors of terrorism accountable for their actions.
We fight anti-Semitism and anti-Israel bias in the media and on college campuses.
We strive to enforce existing law and also to create new law in order to safeguard the rights of the Jewish people in the United States and Israel.
Our Mission
ZOA STATEMENT
The ZOA speaks out for Israel – in reports, newsletters, and other publications. In speeches in synagogues, churches, and community events, in high schools and colleges from coast to coast. In e-mail action alerts. In op-eds and letters to the editor. In radio and television appearances by ZOA leaders. Always on the front lines of pro-Israel activism, ZOA has made its mark.
Connect with us
Sign up for our Newsletter