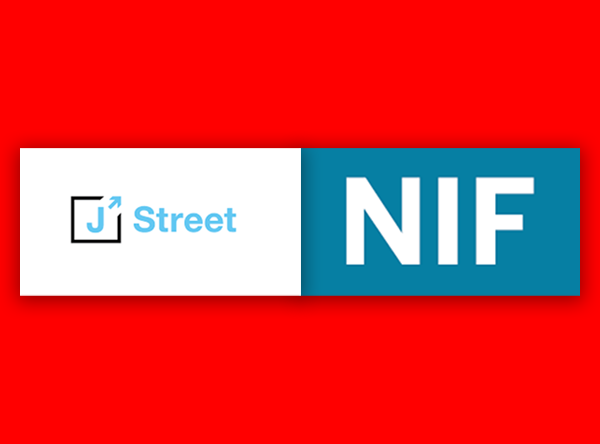 It is ludicrous, nonsensical, unseemly and harmful that the far leftwing J Street, New Israel Fund (NIF) and Women of Reform Judaism (WRJ), etc. defend the Israel-hating, antisemitic Reps. Ilhan Omar, Rashida Tlaib, the Black Lives Matter/M4BL organization, funder of anti-Israel radical groups George Soros, and radical Israelophobic Muslims and Palestinian-Arabs – but condemn and try to censor Morton Klein, whom the Forward newspaper has chosen a dozen times as one of the most influential leaders in America and the Jewish Exponent has named as one of the top dozen Jewish activists of the last 100 years; and attempt to censor the oldest pro-Israel group in the United States, the Zionist Organization of America (ZOA), whose presidents have included Supreme Court Justice Louis Brandeis, Rabbis Stephen Wise and Abba Hillel Silver.

Mr. Klein was arrested for registering Black voters in Mississippi. Mr. Klein’s friend, Ice Cube, the great Black rapper/actor, recently wrote to Mr. Klein about how close they felt to each other: “We are brothers from a different mother, call anytime to talk.” Clearly a great Black

J Street/NIF’s virtually identical claim to the present one, recently filed against ZOA at the Conference of Presidents of Major American Jewish Organizations (which correctly rejected J Street for membership) and J Street/NIF’s etc. claims against the ZOA Coalition, the Americans4Israel coalition and Herut, recently brought to the American Zionist Movement tribunal, were all thrown out.

J Street’s relentless harassment has also included secretly sponsoring a so-called “young Jews’” letter condemning ZOA (signed by J Street U officials who failed to disclose that they were affiliated with J Street). In addition, an organization headed by J Street’s treasurer posted tweets insulting and harassing other members of the Conference of Presidents (AEPi and Hillel) for not joining the false attacks on ZOA.

The J Street/NIF petition to JCRC-Boston attributes items to Mr. Klein that he had nothing to do with. For instance, J Street falsely claims that Mort Klein “retweeted” a statement that George Soros assisted the Nazis by identifying Jews. In fact, Mr. Klein never retweeted that statement. Someone named “Izzy100” wrote that statement as a “reply” after Mr. Klein posted a completely unrelated tweet.

Incidentally, Soros admitted during a 60 Minutes interview (video) that he helped his godfather, a Nazi official, confiscate Jews’ property, and stated that Soros felt no guilt about this and added “why should he?” Soros also declared “I am not a Zionist,” falsely claimed that terror group Hamas has a “moderate” wing, and funds numerous anti-Israel groups, including

B’tselem, Adalah, and of course J Street – which for years lied about receiving funding from Soros.

The J Street/NIF petition also conveniently omits key context. Mr. Klein’s promptly deleted “filthy Arab brethren” tweet, which Klein wrote at the height of his grief, specifically referred to Arab murderers – who earlier that day (Sept. 16, 2018) murdered Mr. Klein’s dear friend and father-of-four-children Ari Fuld by stabbing Ari in the back while Ari was grocery shopping. J Street/NIF also omitted that the “American Palestinian group” to which Mort Klein was responding and directed this statement was Electronic Intifada – a notorious demonizer of Israel that, as its name reveals, helps foment Intifadas against Israel in which Arab terrorists such as Ari Fuld’s killer murdered and maimed over 10,000 innocent Jews in stabbing, bombing, shooting, and ramming attacks, and are paid by the Palestinian Authority to do so. Arab murderers of innocent Jews are Electronic Intifada’s brethren.

Instead of trying to censor ZOA for standing up against the BLM organization’s antisemitism, every caring Jew and Jewish group should join with ZOA, Mort Klein, Alan Dershowitz, and Caroline Glick and Melanie Phillips in condemning the antisemitic Israel-hating platform and activities of the Black Lives Matter/M4BL organization. The hateful BLM/M4BL platform is still online today[1], and promotes antisemitic BDS, falsely accuses Israel of perpetrating genocide and apartheid against Palestinians, and was largely written by a group intertwined with designated terror organization PFLP. Jewish groups should join ZOA in condemning the BLM- Los Angeles chapter head for instigating BLM’s recent frightening, targeted pogrom, in which BLM destroyed and defaced synagogues, Jewish schools, and Jewish shops and businesses in the Jewish Fairfax district.

It is also downright Orwellian that J Street and NIF are maligning ZOA for condemning Omar’s and Tlaib’s promotion of anti-Israel BDS, praising convicted Jew-killer Rasmea Odeh, and calling to end all aid to Israel.

Every group that cares about the future of American Jews and U.S. support for Israel should also join ZOA in criticizing HIAS for advocating to bring into the United States large numbers of unvettable refugees from 5 Mideast majority-Muslim countries, including designated state sponsors of terrorism. Only 8% of worldwide Muslims live in those nations. Numerous bipartisan experts (including top Obama administration officials), testified that vetting those refugees was impossible. ADL’s polls show that 74% to 93% of the population in such countries is antisemitic.

Every group that cares about Israel should also join ZOA in condemning former President Obama’s refusal to veto a UN resolution that falsely declared that all of Israel’s land past the 1949 Armistice lines is “Arab land,” including the Western Wall, Temple Mount and Jerusalem’s Jewish Quarter.

Horrifyingly, J Street lobbied for Obama to take such hostile actions against Israel at the United Nations.

ZOA is considering bringing a counterclaim against J Street, NIF and their petition partners to remove them from the Boston-JCRC. There is more than ample evidence for ZOA to do so.

With rapidly increasing antisemitism here and abroad, now is the time to join ZOA’s robust efforts to defend and protect the Jewish people and Israel.

ZOA and Mr. Klein invite any JCRC Board member to call him at (212) 481-1500 and to discuss any detail of this matter. ZOA urges the Boston-JCRC to promptly dismiss the baseless J Street/NIF/WRJ petition. Additionally, Morton Klein would be happy to engage these “cancel culture” leftwing groups to a public discussion/debate of these issues.

We would love to hear from you! Please fill out this form and we will get in touch with you shortly.
Trending Z
News September 1, 2020
New Biden Nominees Opposed Abraham Accords & Involved in Israeli Election Interference
Uncategorized September 1, 2020
ZOA Letter to DOJ & FBI on New “Mapping Project” Antisemitic Threat by ZOA Pres. Morton Klein, Dir. of Research/Special Projects Liz Berney, Esq., Dir. Center for Law & Justice Susan Tuchman, Esq.
Op-Ed September 1, 2020
ZOA’s Mort Klein JPost Op-Ed: BDS Mapping Project Targets Every Jew, Including Left Wing, Israelophobic Jews
News September 1, 2020
U.S. Senators Criticize Tamara Wittes, Biden Nominee’s Anti-Israel Bias ― Jewish Groups are Deafeningly Silent
Center for Law & Justice
We work to educate the American public and Congress about legal issues in order to advance the interests of Israel and the Jewish people.
We assist American victims of terrorism in vindicating their rights under the law, and seek to hold terrorists and sponsors of terrorism accountable for their actions.
We fight anti-Semitism and anti-Israel bias in the media and on college campuses.
We strive to enforce existing law and also to create new law in order to safeguard the rights of the Jewish people in the United States and Israel.
Our Mission
ZOA STATEMENT
The ZOA speaks out for Israel – in reports, newsletters, and other publications. In speeches in synagogues, churches, and community events, in high schools and colleges from coast to coast. In e-mail action alerts. In op-eds and letters to the editor. In radio and television appearances by ZOA leaders. Always on the front lines of pro-Israel activism, ZOA has made its mark.
Related Articles
OP-ED Dershowitz: Forward Article is “Most Despicable Ever in Jewish Media”