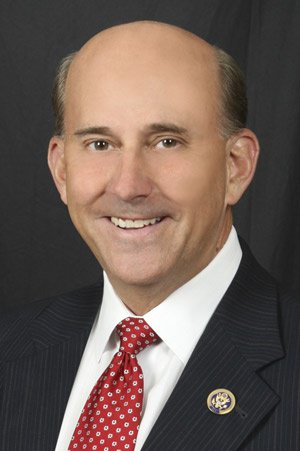 It is not antisemitic to point out that Soros funds attacks on Israel and failed to feel remorse or guilt.  ADL should apologize to Congressman Louie Gohmert.

Congressman Louie Gohmert is one of Israel’s best friends in Congress, a stalwart defender of the nation of Israel, an outspoken critic of Iran, and a great man of principle who regularly speaks at ZOA Washington Mission luncheons.  He has demonstrated his abiding love for the Jewish nation repeatedly:  Congressman Gohmert clearly articulates the Jewish people’s rights to Jerusalem and the land of Israel.  He opposes sending U.S. tax dollars to those who seek to destroy Israel, including by objecting to packages that tie funding to Israel to funding to Israel’s enemies.  He opposes creating a Palestinian state (which would promptly become an Iranian-Hamas-Fatah terror state) in Israel’s midst.

Congressman Gohmert stated: “George Soros is supposed to be Jewish but you wouldn’t know it from the damage he inflicted on Israel and the fact that he turned on fellow Jews and helped take the property that they owned.”  Gohmert’s statement was essentially correct.

ZOA points to the following facts:

Soros Extensively Funds Virulent Anti-Israel Groups: It is a well-documented fact that Soros undercuts Israel at every turn by funding organizations that demonize, defame, and propagandize against Israel, promote anti-Israel boycotts and anti-Israel UN actions, and engage in lawfare against Jews and the Jewish state.

In addition, DC Leaks uncovered Soros/OSF documents that reveal that Soros/OSF made large grants to additional anti-Israel organizations, for stated purposes such as “Garner Israeli public and political support against settlements”; “support to grantees’ advocacy missions to the US and EU with the support from OSF’s DC and Brussels offices,” (meaning defaming Israel in the U.S. and in Europe); and “strategic litigation” (meaning abusing the legal system to harass Israel).  (See OSF:  “Arab Regional Office (ARO)-Presidential Portfolio Review, Palestinian Citizens of Israel-List of Portfolio Elements,” 6 August 2015.)  These documents also reveal that Soros/OSF has been focused on this since 2001 (which happens to be the time of the Durban meeting condemning and strategizing against Israel); and that these Soros/OSF grants are approximately $4.6 million per year. The documents also reveal that while seeking to conceal its involvement and “maintaining a low profile,” Soros/OSF funds and otherwise assists a bevy of groups to “maintain sustained and targeted international advocacy” against Israel (which is also referred to in OSF documents as “Occupied Palestinian Territories”)  (See “Open Society Foundations Arab Regional Office, Portfolio Review Document, Palestine/Israel International Advocacy Portfolio,” March 25, 2014; and “Soros Hack Reveals Evidence of Systemic Anti-Israel Bias: Millions clandestinely funneled to organizations dedicated exclusively to opposing the Jewish state,” by Liel Leibovitz, Tablet Mag., Aug. 14, 2016.)

In addition, Israeli Prime Minister Netanyahu noted that Soros-funded NIF (New Israel Fund) “endangers the security and future of the State of Israel as the nation state of the Jewish people. . . . For decades, the Fund contributes to anti-Zionist, pro-Palestinian organizations, including ones that slander IDF soldiers, such as Breaking the Silence and B’Tselem, and those fighting for Palestinian terrorists, such as Adalah.” (See “Netanyahu: Soros-Backed New Israel Fund Seeking to ‘Erase’ Israel’s Jewish Character,” by Aaron Klein, Breitbart, Apr. 16, 2018.)

SOROS: I Am Not a Zionist, Hamas Has a Moderate Wing: In a 2007 article, Soros admitted “I am not a Zionist,” criticized Israel and the U.S. for not recognizing a Hamas government, falsely claimed that Hamas has a “moderate” political wing, and demanded that Israel should accept Hamas and agree to a Hamas-Fatah Palestinian state in Israel’s midst, among other things.  (“On Israel, America and AIPAC,” by George Soros, The New York Review of Books, April 12, 2007.)  The U.S., Egypt, Canada and the European Union all designate Hamas as a foreign terrorist organization, and Jordan bans Hamas. Shortly after Soros published this article, Soros-funded J Street was formed and began promulgating Soros’ dangerous views.

Incidentally, during his speech at J Street’s annual conference, ADL CEO Jonathan Greenblatt wrongly praised J Street as “the front line of defense against BDS and delegitimization.”  In fact, J Street honors leaders of the BDS movement, brings BDS leaders to its conferences and college campuses, and supports BDS against the 650,000 Jews living in the Jewish homeland beyond the green line.  In his J Street speech, ADL’s Greenblatt also supported the anti-Israel Black Lives Matter, wrongly accused fellow Jews of “Islamophobia” and “marginalizing Palestinians” and claimed that the “Palestinian narrative” is “legitimate” – and more.  See “ADL Speech to J St. Wrongly Casts “Equal” Blame on Israel, Promotes Pro-BDS “Black Lives Matter,” Complains about Jewish “Islamophobia,” May 13, 2016.)

Q: My understanding is that you went out with this protector of yours, who swore that you were his adopted godson.

Q: Went out in fact and helped with the confiscation of property from the Jews.

Q: That sounds like an experience that would send lots of people to the psychiatric couch for many, many years.  Was it difficult?

Q: No feeling of guilt?

In sum, Congressman Gohmert’s critique of George Soros was amply justified.  It is not antisemitic to point out that Soros funds attacks on Israel and failed to feel remorse or guilt.  ADL should apologize to Congressman Louie Gohmert.

Governor Greg Abbott:  Last year, ADL unfairly attacked Texas’s Republican Governor Greg Abbott, who is another great supporter of the Jewish people and state. In May 2017, Governor Abbott proudly signed an anti-BDS law and proclaimed: “Anti-Israel policies are anti-Texas policies.”  A few months later, ADL distorted and condemned Governor Abbott’s apt and accurate reflection, regarding the fatal shooting at the First Baptist Church in Sutherland Springs, that evil has always been with us.  (“Abbott puts church shooting in context of evil from Bible to Hitler,” by Jonathan Tilove, The Statesman, Nov. 6, 2017.)  ADL twisted the Governor’s apt reflection into a false claim and false accusation that Governor Abbott “diminished the value of the innocent lives lost in the church shooting in Sutherland Springs, Texas.”  ADL wrongly called Governor Abbott’s remarks “deeply insulting and irresponsible,” and “deeply offensive and an insult to the memories of those killed in Sutherland Springs.”

Sec’y of State Pompeo, ACT for America and the Center for Security Policy:  This past April, ADL wrongly maligned strong pro-Israel then-CIA-Director Mike Pompeo, in a lengthy letter to the Senate Foreign Relations Committee, just before Pompeo’s confirmation hearing to become Secretary of State.  ADL’s letter wrongly maligned Director Pompeo for raising real concerns regarding Islamist terrorism in the aftermath of the Boston Marathon bombing; wrongly criticized Director Pompeo for describing the obligation to speak out about evil and suspicious activity that one observes; and wrongly branded pro-Israel anti-terrorism experts and organizations (including ACT for America, the Center for Security Policy, and their officials) as “Islamophobes,” etc., and then essentially accused Director Pompeo of “guilt by association” for speaking with the experts whom ADL had wrongly labeled.  See “ZOA Letter to Sen. Foreign Relations Committee Endorsing Mike Pompeo for Secretary of State,” April 11, 2018.)

Capital Research Report regarding ADL and ADL CEO Jonathan Greenblatt:  A recent Capital Research Center report discusses ADL’s “leftward mission shift,” and “antisemitism double standard” – how ADL focuses on antisemitism from the right (some of which – e.g.., neo-Nazis, is surely real, while sometimes ignoring the real problem of antisemitism from the left and Islamists.  An article cited in the report notes that “under its new president, Jonathan Greenblatt, the ADL had moved ‘onto a partisan course at odds with [its] core mission’.”  The report also cites World Jewish Congress President Ron Lauder’s critique that “ADL play[s] politics” and ADL’s “manufactured outrage” …reduces ‘public sensitivity to the real dangers of anti-Semitism’ that confront the Jewish community.” The report also discusses ADL’s “promot[ion] of the Black Lives Matter movement […] despite BLM’s support for [Boycott, Divestment, and Sanctions against Israel] and open hostility toward Israel”; ADL’s “partisan liberal political and policy positions similar to that of . . . J Street”; and that “Greenblatt [had] accused American Jews of living with ‘white privilege.’”  (See also “Jonathan Greenblatt is Destroying the Anti-Defamation League,” by Alex VanNess, New York Post, Dec. 9, 2016, noting, among other things, that “ADL has also promoted the Black Lives Matter movement, for example, by creating school lesson plans that promote it, despite BLM’s support for BDS and open hostility toward Israel.”)

We would love to hear from you! Please fill out this form and we will get in touch with you shortly.
Trending Z
News December 11, 2018
ZOA Condemns U.S. State Dept. & U.S. Amb. Nides For Siding with Antisemitic, Discriminatory Palestinian & Hamas Terrorists re: the Temple Mount, Violating Jews’ Religious Freedom
News December 11, 2018
ZOA’s Klein JPost Op-Ed: There is Nothing Extreme About Israel’s New Government
Uncategorized December 11, 2018
FLASH: ISRAEL-JORDAN PEACE TREATY (1994) GUARANTEES JEWS ACCESS TO THE TEMPLE MOUNT – LET MY PEOPLE PRAY
Uncategorized December 11, 2018
ZOA Analysis: Most American Rabbis Who Are Boycotting Some Israeli Ministers Are From Extremist Left Wing Groups (J Street; T’ruah; JVP)
Center for Law & Justice
We work to educate the American public and Congress about legal issues in order to advance the interests of Israel and the Jewish people.
We assist American victims of terrorism in vindicating their rights under the law, and seek to hold terrorists and sponsors of terrorism accountable for their actions.
We fight anti-Semitism and anti-Israel bias in the media and on college campuses.
We strive to enforce existing law and also to create new law in order to safeguard the rights of the Jewish people in the United States and Israel.
Our Mission
ZOA STATEMENT
The ZOA speaks out for Israel – in reports, newsletters, and other publications. In speeches in synagogues, churches, and community events, in high schools and colleges from coast to coast. In e-mail action alerts. In op-eds and letters to the editor. In radio and television appearances by ZOA leaders. Always on the front lines of pro-Israel activism, ZOA has made its mark.
Related Articles
OP-ED BY: Morton A. Klein ZOA: Iran Pres. Rouhani’s Boasting of Deceiving West on Iran’s Nuclear Weapons Program Underscores the Fraudulence of his Moderate Image