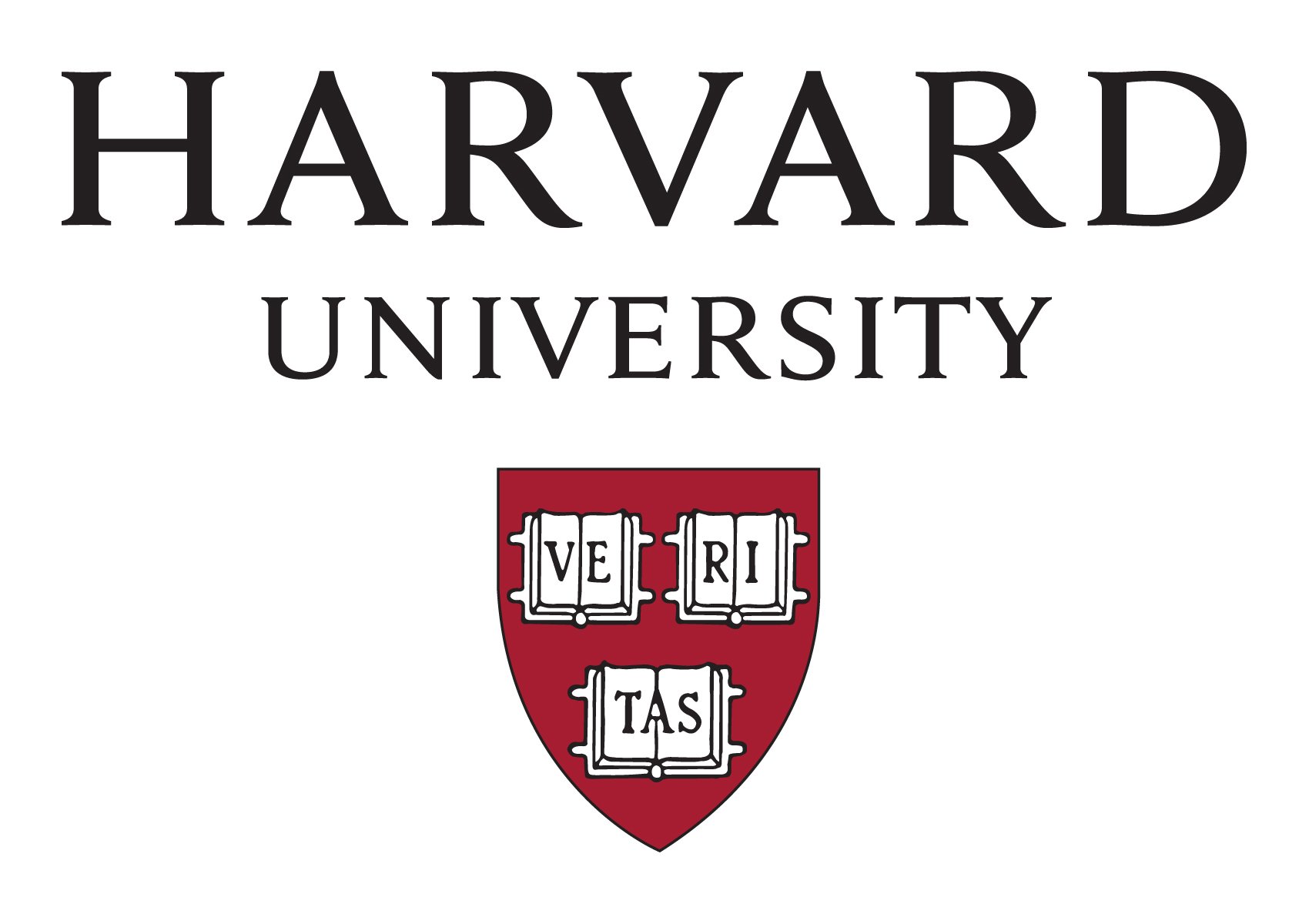 The Zionist Organization of America condemns in the strongest of terms possible the appointment of a top official of the terrorist PLO group and pathological liar Saeb Erekat to a prominent position at Harvard University’s Kennedy School for Government. By bestowing credibility and legitimacy on a man who has made a career of trying to destroy the Jewish State of Israel, Harvard has set a new low for an abandonment of standards of decency and morality and integrity within academia.

Erekat is Secretary General of the Executive Committee of the Palestine Liberation Organization – which practically invented terrorism in the modern era and which has murdered and maimed thousands of Israelis and Americans since its creation in 1964 to facilitate the destruction of Israel. Regrettably, Erekat was named a Fisher Family Fellow at the Kennedy School’s Belfer Center at the beginning of this year — but the Center only formally made the announcement on August 27. Erekat is one of four Fellows to serve during the current academic year. Among the others is Federica Mogherini, former High Representative of the European Union for Foreign Affairs and Security Policy and Vice-President of the European Commission, who incessantly condemned and criticized Israel during her tenure in that role and who had been a devotee of mass-murderer Yasser Arafat.

Nicholas Burns, a former career diplomat and high-ranking State Department official, heads the Kennedy School. While at the State Department, Burns was overly supportive of the terrorist dictatorship known as the Palestinian Authority and the Palestinian Arabs, and more recently he publicly opposed President Trump’s decision to enforce U.S. law by moving America’s Embassy in Israel to Jerusalem.

Erekat, who had been chief negotiator for the Palestinian Arabs, has been revealed as a serial liar. Among his outlandish claims: That he was born in Jericho, and that he can trace his lineage to the Canaanites and therefore he and his tribe and all Palestinian Arabs are the indigenous people of the Land of Israel – rather than the Jewish people. In fact, Erekat was born in Abu Dis, and his tribe’s roots are Hejaz, which today is modern Saudi Arabia.

“What message does it send to Harvard’s students and all of academia that such a heretofore respected university would give a prestigious title to a high-ranking official of a terrorist organization and a man revealed to be a notorious liar,” said Morton Klein. “Erekat was a failure as a diplomat – under Arafat’s and Mahmoud Abbas leadership, he never made counter-offers to Israeli concessions during U.S.-brokered negotiations.”

“It is disgraceful on both an academic level and from a human decency perspective that the Belfer Center, the Kennedy School, and an Ivy League University honor this man and attempt to pass him off as a role model for students who themselves might be America’s future diplomats and political leaders,” said Klein.

According to a report by the Clarion Project, “the Palestinian Authority (PA), which essentially serves as the governmental arm of the PLO, made six donations to Harvard between the years of 2017 and 2019. The donations totaled $2,625,000.”

“We are also deeply troubled by the appointment of Federica Mogherini to the same position,” said Klein. “From her idolizing of terrorist and murderer Yasser Arafat to her support for the facilitation of terrorism by Hamas, she, too, is unfit for the credibility this position at Harvard affords her.”

Among Erekat’s most heinous statements and claims, in 2002 during Israel’s Operation Defensive Shield, Erekat told CNN that Israel had killed “more than 500 people” in Jenin and called it a “real massacre.” But according to the Jerusalem Council for Public Affairs: “the Palestinian death toll in Jenin was 52: 34 of whom (65 percent) were known military operatives.”

In an interview with Al-Jazeera in 2014 Erekat falsely accused Israel of committing “apartheid” despite knowing that Arabs and Israelis are integrated within Israel and with Arabs serving in the judiciary, the military, academia, the diplomatic corps, and medicine.

In the same interview Erekat stated his support for “resistance” – a euphemism for violence – and vowed “I will never recognize[sic] Israel as a Jewish state,” according to a transcript. “I cannot accept Israel as a Jewish state. Number two: I cannot accept any document without East Jerusalem being the capital of Palestine. It’s meaningless for Palestine to emerge as a state without East Jerusalem being the capital of Palestine. And what I mean by East Jerusalem is the holy Aqsa mosque and the Holy Sepulchre and the Old City and the six square kilometres[sic] that existed in 1967.” He also falsely claimed that “Yasser Arafat was sieged and killed by Israel.”

As for Mogherini, in 2002 as a young woman she traveled to Ramallah to meet with arch-terrorist Arafat and posed for a photo with him. The look on her face is one of admiration rather than revulsion.

While in her EU post, she frequently asserted that Jewish communities in Judea and Samaria are “an obstacle to peace and threaten to make a two-state solution impossible.’’ Mogherini considers “East” Jerusalem a “settlement” and refused to recognize Israeli sovereignty over the strategic Golan Heights. Israel came in control of all of these areas as the result of a defensive war after being attacked by Jordan and Syria.

Despite the fact that Palestinian Arabs in the Hamas-controlled Gaza Strip were using crossings to smuggle weapons to target Jewish civilians, Mogherini demanded of Israel: “The closure must end and crossings must fully be opened.’’

Mogherini was discovered to be lying when she claimed that no EU funds were being used to support the anti-Israel BDS movement. Meanwhile, she ignored Hamas’s violent protests at the separation barrier between Israel and the Gaza Strip and blamed Israel for defending itself against would-be attackers who sought to crash the fence and set raging fires that sent choking smoke into Israel. Mogherini lied in response: “Dozens of Palestinians, including children, have been killed and hundreds injured from Israeli fire today, during ongoing mass protests near the Gaza fence. We expect all to act with utmost restraint to avoid further loss of life. Israel must respect the right to peaceful protest and the principle of proportionality in the use of force. Hamas and those leading the demonstrations in Gaza must ensure that they remain strictly non-violent and must not exploit them for other means.’’

ZOA calls on Harvard’s Kennedy School to rescind these ugly and despicable appointments.

We would love to hear from you! Please fill out this form and we will get in touch with you shortly.
Trending Z
Uncategorized September 11, 2020
ZOA Analysis: Most American Rabbis Who Are Boycotting Some Israeli Ministers Are From Extremist Left Wing Groups (J Street; T’ruah; JVP)
Uncategorized September 11, 2020
ZOA: Israel’s Reasonable Judicial Reform Proposals Are Good for Democracy, the Rule of Law and the Economy
Uncategorized September 11, 2020
Israel’s “Right of Return” Grandparent Clause is De-Judaizing the Jewish State – Eliminate It
News September 11, 2020
ZOA is Disappointed, Offended and Frightened by 211 U.S. House Votes Supporting Jew-Hating, Israel-Hating Rep. Ilhan Omar
Center for Law & Justice
We work to educate the American public and Congress about legal issues in order to advance the interests of Israel and the Jewish people.
We assist American victims of terrorism in vindicating their rights under the law, and seek to hold terrorists and sponsors of terrorism accountable for their actions.
We fight anti-Semitism and anti-Israel bias in the media and on college campuses.
We strive to enforce existing law and also to create new law in order to safeguard the rights of the Jewish people in the United States and Israel.
Our Mission
ZOA STATEMENT
The ZOA speaks out for Israel – in reports, newsletters, and other publications. In speeches in synagogues, churches, and community events, in high schools and colleges from coast to coast. In e-mail action alerts. In op-eds and letters to the editor. In radio and television appearances by ZOA leaders. Always on the front lines of pro-Israel activism, ZOA has made its mark.
Related Articles
OP-ED Fmr. PLO Spokesman Khalidi Repeats Shop-Worn Palestinian Lies In New York Times