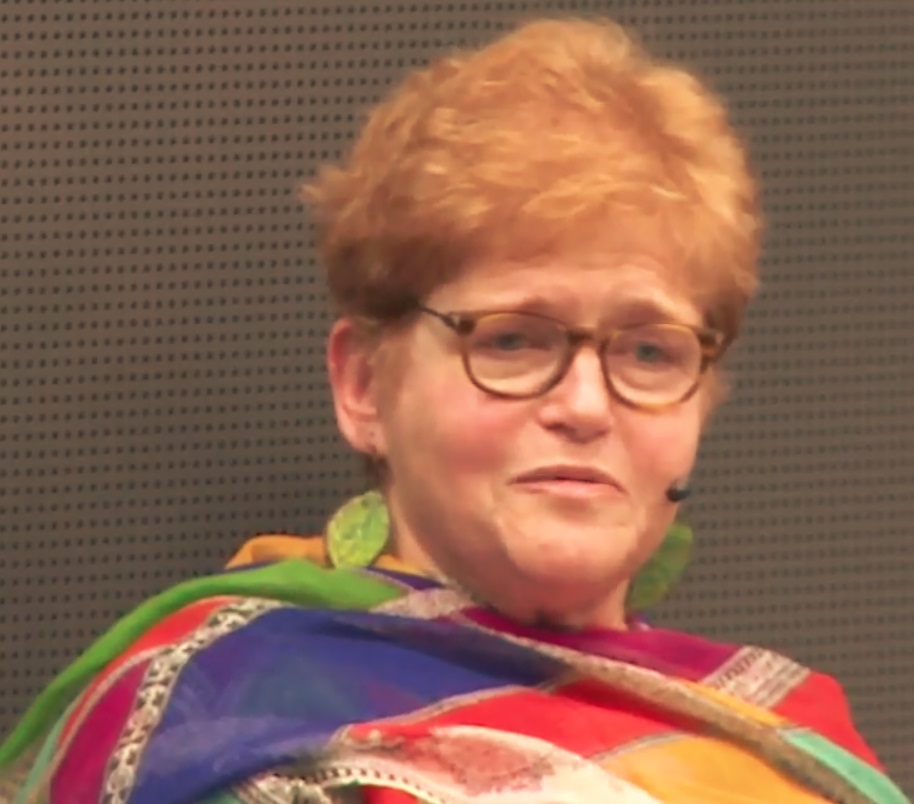 Last week, ZOA demanded that Joe Biden must apologize for his outrageous analogy of President Trump to Nazi monster Goebbels. (See “ZOA to Biden & Jewish Democratic Council of America: Apologize/Retract Offensive/False Analogy of Trump to Nazis,” Sept. 29, 2020)  Biden has still not apologized. Lipstadt should join ZOA in demanding that Biden must apologize, instead of defending Biden’s despicable Nazi analogy.

There is nothing “historically apt” about Biden’s analogy. In fact, President Trump has a long record of combatting and condemning antisemitism and white supremacy, including: Trump’s prosecution of Charlottesville white supremacists (all of the white supremacists that were charged eventually pleaded guilty and received prison sentences); President Trump’s December 2019 “Executive Order on Combatting Antisemitism” to protect Jewish students facing growing campus antisemitism (also see here); and Trump’s decision to end previous administrations’ payments to the Palestinian Authority. By ending these payments, President Trump ended indirect American support for the PA’s official program paying Arab terrorists to murder Jews and Americans.

ZOA and Morton Klein, as a child of holocaust survivors, strongly opposes the abuse of Holocaust analogies by anyone, because this demeans the unmitigated horror perpetrated by the Nazis on the Jewish people and many others. However, it is especially disgraceful that Deborah Lipstadt defended Biden’s false analogy. Lipstadt, as a public debunker of Holocaust deniers, has a special obligation to maintain her credibility, and to not defend Biden’s false Holocaust analogy.

Unfortunately, Lipstadt also seriously damaged her credibility, reputation, and even dignity by promoting the false, offensive Jewish Democratic Council of America (JDCA) video ad analogizing President Donald Trump to Nazi murderers. On the day that the JDCA released its horrific split-screen ad, showing President Trump side-by-side with Nazi scenes, the JDCA held an accompanying briefing by Professor Lipstadt. Lipstadt was one of the only Jewish voices endorsing this horrendous JDCA ad. The JDCA has also ignored ZOA’s demand that the JDCA must retract and apologize for this ad, and other widespread condemnation of the ad. Even the leftist ADL condemned the JDCA ad (after ZOA urged the ADL to do so).

Moreover, these are not isolated incidents. Prof. Lipstadt has been dishonestly maligning President Trump for some time, in a similar manner. In her 2019 book, “Antisemitism Here and Now,” Lipstadt wrongly calls President Trump an “antisemitic enabler” and falsely and misleadingly claims that Trump equated “neo-Nazi, KKK, and white supremacist marchers with those who had come to protest against them” (the infamous Charlottesville hoax). As we and many others have often noted, President Trump’s “very fine people” statement solely referred to peaceful protestors who had differing views about removing a Robert E. Lee statue, and President Trump specifically excluded and absolutely condemned neo-Nazis and white supremacists in the next sentence.

In the very same breath as his “very fine people” statement, President Trump said: “I’m not talking about the neo-Nazis and the white nationalists, because they should be condemned totally.” (See here (includes video) and here and here.)

During her speech at Tufts University in September 2019 (video), Lipstadt again falsely and negligently perpetrated the “Charlottesville hoax” about Trump’s statements. At minute 26:40, Lipstadt clearly referring to her misinterpretation of Trumps statement that there were “fine people on both sides,” she declared: “Nice people don’t march in Charlottesville chanting Jews will not replace us. Nice people don’t come to marches sponsored by the alt-right, an overtly racist antisemitic entity. And they certainly don’t march with tiki torches, which is a direct linkage back to the Third Reich.”

But in fact, Trump condemned the neo-Nazis and KKK members who marched with tiki torches, chanting that Jews will not replace us, and Trump never called neo-Nazis or white supremacists “nice people” or “fine people.”

Furthermore, would Donald Trump ever dream of praising as fine people the Jew hating, murderous neo-Nazis when his daughter is an Orthodox Jew, his grandchildren are Orthodox Jews, and his son in law is an Orthodox Jew? This is beyond ludicrous, ridiculous, and obscene!

And at minute 40:25, Lipstadt reiterated her absurd claim that the president is an “antisemitic enabler” and “makes people believe it’s okay to put a swastika on the door.” Lipstadt claimed that, although the president wasn’t “involved” with the Pittsburgh and Poway shootings, “but when you read their stuff, they [the shooters] all think he’s [President Trump’s] on their side.”

Wrong Ms. Lipstadt! In fact, when you read the “stuff” written by the neo-Nazi white supremacist shooters at Poway and Pittsburgh, it is clear that they hated President Trump, because of the President’s love for the Jewish people and the Jewish state, and because of Trump’s condemnations and prosecutions of the Charlottesville neo-Nazis and white supremacists.

The Pittsburgh synagogue shooter, Robert Bowers, hated Trump for being surrounded by Jews. The shooter wrote on Gab: “There is no #MAGA as long as there is a kike infestation [in the Trump Administration].”

The Pittsburgh shooter also agreed with a Gab post that claimed that Trump “betrayed Americans in Charlottesville, by comparing them with a violent mob.” Bowers responded: “For the record I did not vote for Trump, nor have I owned, worn, or even touched a MAGA hat.”

ZOA again reiterates that we do not endorse or oppose any candidates. In light of the fact that many ZOA members are children, descendants, or relatives of Holocaust survivors or victims, we simply cannot abide by the abusive Holocaust analogies and false antisemitism portrayals espoused by Joe Biden, the Democratic Jewish Council of America, and Deborah Lipstadt.

We would love to hear from you! Please fill out this form and we will get in touch with you shortly.
Trending Z
News October 7, 2020
ZOA Condemns U.S. State Dept. & U.S. Amb. Nides For Siding with Antisemitic, Discriminatory Palestinian & Hamas Terrorists re: the Temple Mount, Violating Jews’ Religious Freedom
Uncategorized October 7, 2020
FLASH: ISRAEL-JORDAN PEACE TREATY (1994) GUARANTEES JEWS ACCESS TO THE TEMPLE MOUNT – LET MY PEOPLE PRAY
Uncategorized October 7, 2020
ZOA Analysis: Most American Rabbis Who Are Boycotting Some Israeli Ministers Are From Extremist Left Wing Groups (J Street; T’ruah; JVP)
Uncategorized October 7, 2020
Israel’s “Right of Return” Grandparent Clause is De-Judaizing the Jewish State – Eliminate It
Center for Law & Justice
We work to educate the American public and Congress about legal issues in order to advance the interests of Israel and the Jewish people.
We assist American victims of terrorism in vindicating their rights under the law, and seek to hold terrorists and sponsors of terrorism accountable for their actions.
We fight anti-Semitism and anti-Israel bias in the media and on college campuses.
We strive to enforce existing law and also to create new law in order to safeguard the rights of the Jewish people in the United States and Israel.
Our Mission
ZOA STATEMENT
The ZOA speaks out for Israel – in reports, newsletters, and other publications. In speeches in synagogues, churches, and community events, in high schools and colleges from coast to coast. In e-mail action alerts. In op-eds and letters to the editor. In radio and television appearances by ZOA leaders. Always on the front lines of pro-Israel activism, ZOA has made its mark.
Related Articles
OP-ED BY: ZOA Staff ZOA Criticizes Pres. Obama For Praising Abbas’ “Renoucing Violence” –– Kerry For Calling Israel Demand of Recognition As “Jewish State” A Mistake