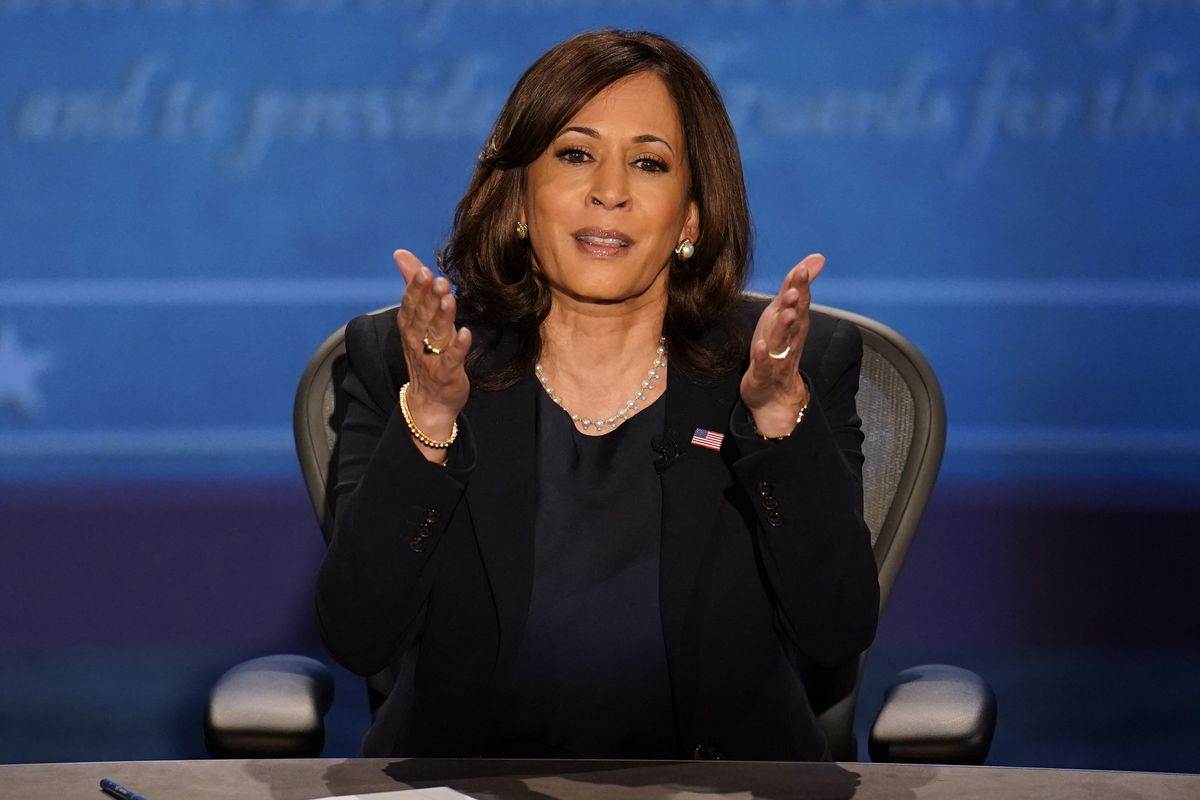 The ZOA strongly criticizes Senator Kamala Harris’ absurd, dangerous debate claim on Wednesday night that “walking away” from the catastrophic Iran deal has made us less safe. (See: transcript) In fact, entering the disastrous Iran deal made us less safe.

Walking away from the Iran deal made us more safe, by enabling the Trump administration to reimpose strong sanctions to limit Iran’s ability to accumulate additional resources to continue to carry out its terror, missile, and nuclear activities throughout the world. As U.S. Ambassador to Israel David Friedman recently explained, after noting that the Obama-Biden Iran deal “was the worst international deal the U.S. has ever entered into”:  “We are in a very good place [now] in terms of the sanctions we have imposed upon Iran, and we think if we continue down this path, Iran will have no choice but to end its malign activity. We worked really hard to get Iran, I think, to a much better place. I would hate to think a new [Biden] administration would undermine that.”

The Iran deal gave the Iranian regime a clear  pathway to a nuclear bomb in the near future and industrial-sized nuclear enrichment capacity, had early sunset clauses, and set up virtually insurmountable roadblocks to obtaining timely inspections of Iran’s military sites and undisclosed nuclear sites. IAEA (International Atomic Energy Agency) reports, and the huge trove of documents that Israel intelligence obtained from Iran, demonstrate that the Iranian regime lied about its nuclear program and has been violating the deal from day one.

The misbegotten Iran deal also gave the Iranian regime $150 billion to escalate its weapons development and support of terror proxies throughout the world. In addition, the Obama-Biden administration initially surreptitiously gave Iran another mountain of cash, thereby further enabling Iran to finance its malign terror activities. As Vice President Mike Pence responded to Senator Harris, during Wednesday’s debate, prior to the moderator cutting off the Vice President: “And you talk about reentering the Iran nuclear deal. I mean, the last administration [Obama-Biden] transferred $1.8 billion to the leading state sponsor of terrorism –” And that’s after the $150 Billion was made available to Iran!

Senator Harris also absurdly characterized the Iran deal as a matter of “keep[ing] your word to your friends” and “Got to be loyal to your friends.” Iran is not our friend. Iran is our committed enemy who regularly has rallies chanting “Death to America.” Iran played a major role in planning 9-11, training 9-11 pilots in Teheran, and facilitating the travel of the 9-11 terrorists. (See findings of the federal District Court in the Southern District of New York in the Havlish v. Bin Laden case, and ZOA’s summary.)  In addition to its involvement in murdering approximately 3,000 people on American soil on 9-11, the Iranian regime and its Hezbollah proxy were responsible for murdering hundreds of Americans in Iraq; the Khobar Towers bombing in Saudi Arabia; the bombings of the U.S. embassies in Lebanon, Kenya, and Tanzania; the USS Cole bombing; and the Marine barracks bombing in Lebanon; etc.

The Iran deal was a major betrayal of our friend Israel and friendly Arab states, as well as a danger to U.S. safety. Yet, similar to Senator Harris, VP Biden promised the radical Million Muslim Votes Summit organizers that a Biden-Harris administration will rejoin the Iran deal.

If VP Biden and Senator Harris really care about being “loyal to your friends” and really care about American safety, they should drop their stated plan to reenter the frighteningly dangerous Iran deal. The U.S. needs to continue imposing strong sanctions against Iran – the world’s largest state sponsor of Islamic terrorism and funder of Hamas, Palestinian Islamic Jihad and Hezbollah.

We would love to hear from you! Please fill out this form and we will get in touch with you shortly.
Trending Z
News October 9, 2020
New Biden Nominees Opposed Abraham Accords & Involved in Israeli Election Interference
Uncategorized October 9, 2020
ZOA Letter to DOJ & FBI on New “Mapping Project” Antisemitic Threat by ZOA Pres. Morton Klein, Dir. of Research/Special Projects Liz Berney, Esq., Dir. Center for Law & Justice Susan Tuchman, Esq.
Op-Ed October 9, 2020
ZOA’s Mort Klein JPost Op-Ed: BDS Mapping Project Targets Every Jew, Including Left Wing, Israelophobic Jews
News October 9, 2020
U.S. Senators Criticize Tamara Wittes, Biden Nominee’s Anti-Israel Bias ― Jewish Groups are Deafeningly Silent
Center for Law & Justice
We work to educate the American public and Congress about legal issues in order to advance the interests of Israel and the Jewish people.
We assist American victims of terrorism in vindicating their rights under the law, and seek to hold terrorists and sponsors of terrorism accountable for their actions.
We fight anti-Semitism and anti-Israel bias in the media and on college campuses.
We strive to enforce existing law and also to create new law in order to safeguard the rights of the Jewish people in the United States and Israel.
Our Mission
ZOA STATEMENT
The ZOA speaks out for Israel – in reports, newsletters, and other publications. In speeches in synagogues, churches, and community events, in high schools and colleges from coast to coast. In e-mail action alerts. In op-eds and letters to the editor. In radio and television appearances by ZOA leaders. Always on the front lines of pro-Israel activism, ZOA has made its mark.
Related Articles
OP-ED Dershowitz: Forward Article is “Most Despicable Ever in Jewish Media”