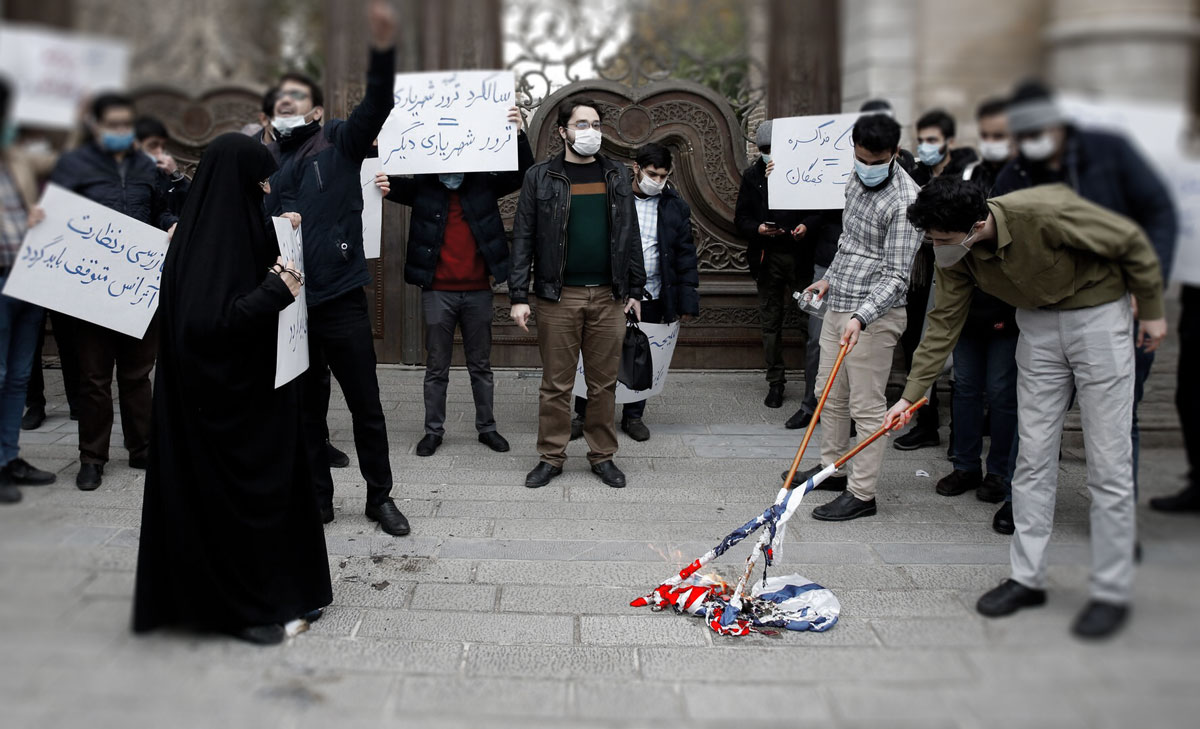 Those who condemned the targeted killing of IRGC nuclear terrorist Mohsen Fakhrizadeh last week, have, as former British army commander, Colonel Richard Kemp explained: “exhibited shocking disregard for the death, destruction and suffering likely to be inflicted by the totalitarian Iranian regime utilizing the pernicious expertise of Mr. Fakhrizadeh.”  (“The Killing of a Nuclear Scientist May Save Countless Lives,” by Richard Kemp, Gatestone Institute, Nov. 30, 2020.)

Nuclear terrorist Mohsen Fakhrizadeh spent his life directing Iran’s illicit, continuing nuclear weapons and ballistic missile programs to wipe the Jewish state’s 8 million innocent men, women, children and babies off the face of the earth in an instantaneous nuclear Holocaust, and to rain death and destruction on America and the rest of the Middle East.  The International Atomic Energy Agency (IAEA) confirmed that Fakhrizadeh led Iran’s “Project Amad” to illegally develop nuclear weapons until 2003, and refused to make himself available to answer the IAEA’s questions regarding military dimensions of Iran’s nuclear program.  As Al Arabiya noted, Fakhrizadeh “has the rare distinction of being the only Iranian scientist named in the International Atomic Energy Agency’s 2015 “final assessment” of open questions about Iran’s nuclear program and whether it was aimed at developing a bomb,” and traveled abroad under three passports to allegedly obtain nuclear information on the black market.  The extensive Iranian nuclear documents seized by Israel in 2018 confirmed that Fakhrizadeh headed Project Amad’s illegal replacement, the so-called Organization of Defensive Innovation and Research (SPND) from 2003 onwards, until his death.

Moreover, Fakhrizadeh was not only a genocidal nuclear scientist; he was also an international terrorist, as a top commander (Brigadier General) of Iran’s Islamic Revolutionary Guard Corps (IRGC) – a U.S.-designated terrorist foreign organization.  The Iranian Islamic regime’s constitution specifically founded the IRGC to “strike terror” into the “enemies of Allah” (meaning Israel, the U.S., and other Middle East nations) and to obtain worldwide Iranian hegemony.  The IRGC and its terror proxies have perpetrated numerous terror attacks (including planning, training pilots for, and facilitating 9-11; murdering hundreds of Americans in Lebanon and Iraq; bombing the Argentinian Jewish center; etc., etc.) and proxy wars against the U.S., Israel, and our allies in wide-ranging non-stop war for decades.

Killing such a terror leader was legally justified and necessary to help deter Iran from obtaining a nuclear bomb that would wreak massive destruction and loss of innocent lives.

Notably, Sen. Sanders, J Street’s, NIAC’s, Brennan’s, Rhodes’, and EU spokesman Sano’s statements each used similar absurd phrases to condemn the killing of nuclear terrorist leader Fakhrizadeh.  NIAC and J Street and Sanders claimed that the killing was “reckless” and an effort to “sabotage” diplomacy and the re-entry of the JCPOA (the Iran deal). Ben Rhodes said it would “ undermine diplomacy”; Sanders called it “reckless” and “illegal”; Brennan similarly called it a “criminal act and highly reckless.”  Sano also similarly called killing the dangerous nuclear terrorist “a criminal act and runs counter to the principle of respect for human rights.”

Yet, as Colonel Richard Kemp explained, “Iran will never abandon what it considers its absolute right to become a nuclear-armed state. . . . The nuclear archive [which Colonel Kemp examined] proves that while the regime has consistently denied its weapons programme, it has forged ahead with it, in breach of the Nuclear Non-Proliferation Treaty that it signed in 1970, and despite its obligations under the JCPOA, and has put in place measures to continue to do so. It has lied to the IAEA and the archive even sets out in detail the ways in which it has deceived the inspectors.  Despite claims to the contrary, the JCPOA was never going to prevent a nuclear-armed Iran and was not designed to do so. . .”

We agree and again criticize Sanders, J Street, Brennan, Rhodes, and NIAC for their anti-American anti-Israel stance of condemning the elimination of a hateful monster terrorist who was working to destroy America and Israel.

We would love to hear from you! Please fill out this form and we will get in touch with you shortly.
Trending Z
Uncategorized December 1, 2020
ZOA Analysis: Most American Rabbis Who Are Boycotting Some Israeli Ministers Are From Extremist Left Wing Groups (J Street; T’ruah; JVP)
Uncategorized December 1, 2020
ZOA: Israel’s Reasonable Judicial Reform Proposals Are Good for Democracy, the Rule of Law and the Economy
Uncategorized December 1, 2020
Israel’s “Right of Return” Grandparent Clause is De-Judaizing the Jewish State – Eliminate It
News December 1, 2020
ZOA is Disappointed, Offended and Frightened by 211 U.S. House Votes Supporting Jew-Hating, Israel-Hating Rep. Ilhan Omar
Center for Law & Justice
We work to educate the American public and Congress about legal issues in order to advance the interests of Israel and the Jewish people.
We assist American victims of terrorism in vindicating their rights under the law, and seek to hold terrorists and sponsors of terrorism accountable for their actions.
We fight anti-Semitism and anti-Israel bias in the media and on college campuses.
We strive to enforce existing law and also to create new law in order to safeguard the rights of the Jewish people in the United States and Israel.
Our Mission
ZOA STATEMENT
The ZOA speaks out for Israel – in reports, newsletters, and other publications. In speeches in synagogues, churches, and community events, in high schools and colleges from coast to coast. In e-mail action alerts. In op-eds and letters to the editor. In radio and television appearances by ZOA leaders. Always on the front lines of pro-Israel activism, ZOA has made its mark.
Related Articles
OP-ED Gannett (USA Today) Must Correct Israelophobic CAIR Overstating Number of Muslims in Florida, Understating Number of Jews