US President Donald Trump skipped the first of two White House Hanukkah parties held Wednesday, but stopped by the second and wished guests a Happy Hanukkah before going on to lament the “stolen” election he insisted he had won.

The two parties were held indoors even as coronavirus cases have surged throughout the United States, leading many of those invited to refrain from attending. Footage from the receptions posted on social media showed guests wearing masks, but not always social distancing, particularly when they crowded toward the East Room stairs to listen to Trump speak.

While Trump was a no-show at the earlier event, which was headlined by Treasury chief Steve Mnuchin, those who attended the second party had better fortune as the president popped in toward the end.

“Let me just wish everybody a happy Hanukkah, and to about three of you here a merry Christmas,” the president joked to laughter from the crowd, filled largely with supporters along with some Jewish community leaders.

“This is the one that everyone wants tickets to… I see the faces [of] a lot of friends [here], a lot of talent here,” Trump told the crowd.

He then segued into a speech he has made regularly in the past month, falsely insisting he had defeated Joe Biden and that the election had been “stolen” from him, two attendees said.

In footage posted to social media, Trump can be heard saying he was “2-0” in elections and that he had “tremendous cases” seeking to challenge the results of the vote, which saw Biden defeat him 306 to 232 in the electoral college.

He went on to assert that with the help of “certain very important people, if they have wisdom and if they have courage, we are going to win this election,” he said, apparently referring to the Supreme Court justices.

The president was repeatedly interrupted by chants of “We love you” and “Four more years” by supporters in the crowd.

Over 100 people attended each party, the first held in the afternoon and the second in the evening. One attendee speaking on the condition of anonymity said he had purposefully attended the first party as that had been the “main event,” supposed to be graced by senior officials. At the earlier reception in 2019, Trump signed an executive order targeting anti-Semitism on college campuses.

“I was hoping he’d sign an order in support of Israeli sovereignty in the West Bank, but unfortunately he didn’t make an appearance,” the attendee said, while noting that Mnuchin and White House peace envoy Avi Berkowitz stopped by.

Unlike previous years, there was no ceremonial lighting of the hanukkiah either. However, the White House band did play “Hava Nagila.”

Zionist Organization of America board chairman Mark Levenson, who attended the first reception, said that while he understood why some were hesitant to attend, it was important for him to show up in order to demonstrate “hakarat hatov,” or gratitude, to the president.

Others condemned Trump and those who attended for the indoor events. Several previous events hosted by Trump, who has largely scorned mask-wearing and social distancing, have been branded superspreader events and dozens among Trump’s inner circle have caught COVID-19.

Rabbi Jill Jacobs, who heads T’ruah: The Rabbinic Call for Human Rights, called the event a “hillul Hashem,” or desecration of God’s name.

Trump has gained rockstar status among some conservative supporters of the Jewish state for a slew of pro-Israel moves, including recognizing Jerusalem as Israel’s capital, moving the US embassy there, recognizing Israeli sovereignty over the Golan Heights and introducing a peace plan that envisions Israel annexing all West Bank settlements.

Mark Levenson, Esq. (center) with Assistant to the President and Special Representative for International Negotiations Avi Berkowitz and U.S. Commission for the Preservation of America’s Heritage Abroad Chair Paul Packer 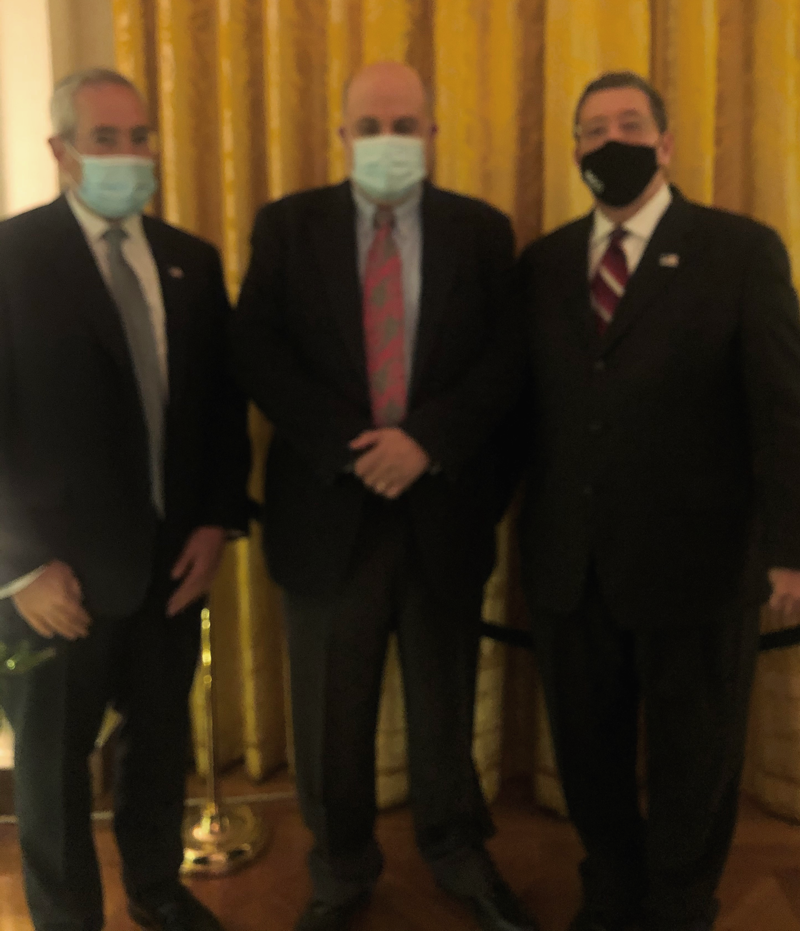 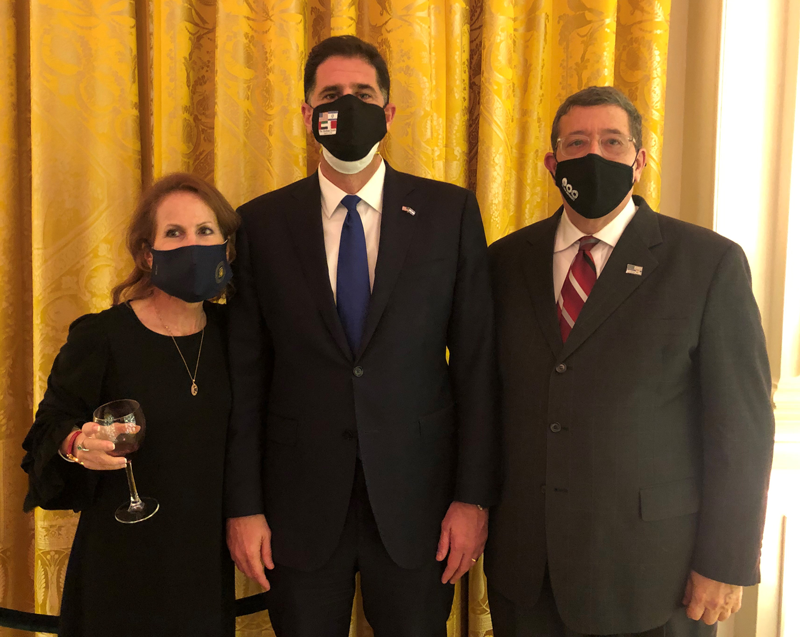 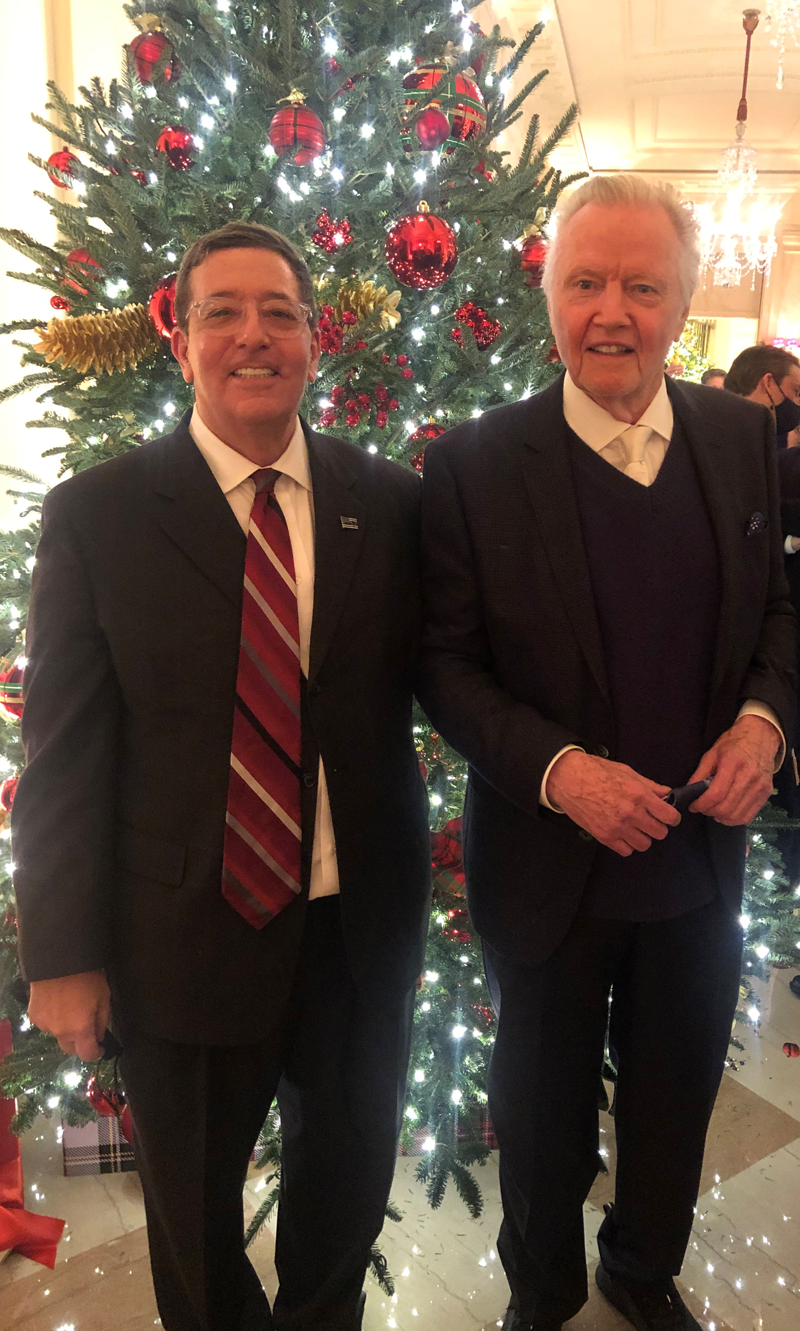 We would love to hear from you! Please fill out this form and we will get in touch with you shortly.
Trending Z
Uncategorized December 10, 2020
FLASH: ISRAEL-JORDAN PEACE TREATY (1994) GUARANTEES JEWS ACCESS TO THE TEMPLE MOUNT – LET MY PEOPLE PRAY
Uncategorized December 10, 2020
ZOA Analysis: Most American Rabbis Who Are Boycotting Some Israeli Ministers Are From Extremist Left Wing Groups (J Street; T’ruah; JVP)
Uncategorized December 10, 2020
Israel’s “Right of Return” Grandparent Clause is De-Judaizing the Jewish State – Eliminate It
Uncategorized December 10, 2020
Exclusive: ZOA Accuses Ilhan Omar of Hating the U.S. ‘as Much as Israel,’ Lauds Kevin McCarthy for ‘Throwing Her Off the HFAC’
Center for Law & Justice
We work to educate the American public and Congress about legal issues in order to advance the interests of Israel and the Jewish people.
We assist American victims of terrorism in vindicating their rights under the law, and seek to hold terrorists and sponsors of terrorism accountable for their actions.
We fight anti-Semitism and anti-Israel bias in the media and on college campuses.
We strive to enforce existing law and also to create new law in order to safeguard the rights of the Jewish people in the United States and Israel.
Our Mission
ZOA STATEMENT
The ZOA speaks out for Israel – in reports, newsletters, and other publications. In speeches in synagogues, churches, and community events, in high schools and colleges from coast to coast. In e-mail action alerts. In op-eds and letters to the editor. In radio and television appearances by ZOA leaders. Always on the front lines of pro-Israel activism, ZOA has made its mark.
Related Articles
OP-ED BY: Michael Cooper NY Times Quotes ZOA’s Mort Klein about Anti-Israel, Anti-Semitic “Klinghoffer” Opera

De Blasio and Giuliani Speak Out on Met’s ‘Klinghoffer’ as Protests Loom OCT. 20, 2014 As the Metropolitan Opera prepared to give its first performance of John Adams’s 1991 opera “The Death of Klinghoffer” on Monday night, the police got ready for a protest outside the opera house, security was heightened inside, and the debate […]